The big, tall dog’s name was Mara. She guarded a private house, walking around the site during the day, and spending the nights on a chain. Every evening Mara went for a walk around the village with the owner.

In the village, the dog was well known and loved for its docile nature and meek disposition. Therefore, it was not difficult to find owners for the first puppies that appeared at Mara. New families for three kids were found as soon as they were born. 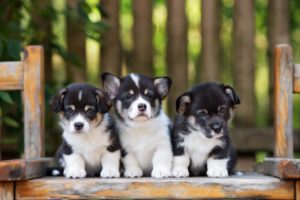 When the kids turned one and a half months old, and they began to eat on their own, they were given to new owners. All three were given away in one evening while Mara was walking with the owner. When the dog returned, he saw that the kennel was empty. Mara was rushing around the yard in search of the kids, glowering at the owner, who was staying at home and had to look after them. People calmed the dog as best they could, but she did not pay attention to their words or to the treats offered.

At night, Mara could be heard tossing on the chain and whining plaintively. But closer to morning, the dog calmed down, so, as usual, she was allowed to walk around the yard.

When the owner went out into the yard at lunch, he saw Mara near the booth, she was lying near the booth and feeding her three babies… 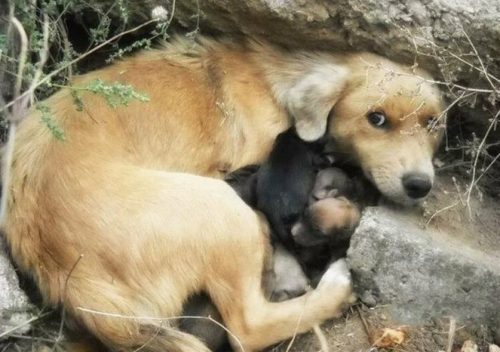 The owner couldn’t believe what he saw. After all, yesterday he personally distributed the puppies, and today they were lying next to mom again. The puppies turned out to be the same ones, they were happy to lie and suck the mother, as if they had never gone anywhere.

The owner started calling the people to whom he gave the puppies yesterday to understand what had happened. One of the new owners was just looking for the baby at that moment, the second had already searched wherever possible and was going to call to tell about the loss, and the third only after talking with the owner of Mara realized that the puppy had disappeared.