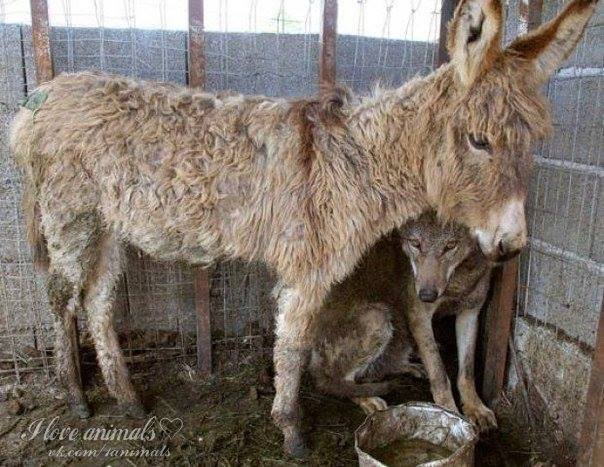 Today’s story that we want to tell you happened in Albania.

One of the families of the small town of Patok, which is located in the northern part of the country, caught a wolf in the forest and brought it to their home. This event made them popular all over the country. These people had their own farm. After catching a wild animal, they decided to keep it under lock and key. 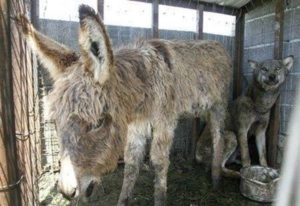 We all know that a wolf is a predatory animal that requires meat for its full existence. And the Albanian family was well aware of this. Therefore, they hooked an old donkey to the wolf, who, at the sight of the predator, began to prepare for death. But what happened next came as a surprise to everyone. The wolf not only did not touch the donkey, but also began to coexist peacefully with him.

They spent a whole week together. And the wolf never even looked at the donkey as his prey. When this story became known to a wide range of people, they began to beg the family to release the animals from captivity. Unable to withstand the onslaught of the public and the media, farmers were forced to release the animals. The donkey was returned to its former place, and the wolf was released into the forest.

But this is not the most amazing thing in this story. One day a wolf was spotted in the place where the old donkey was grazing. Since that time, he often visited his “friend in misfortune”. It’s incredible how two completely different subspecies of animals were able to make friends.