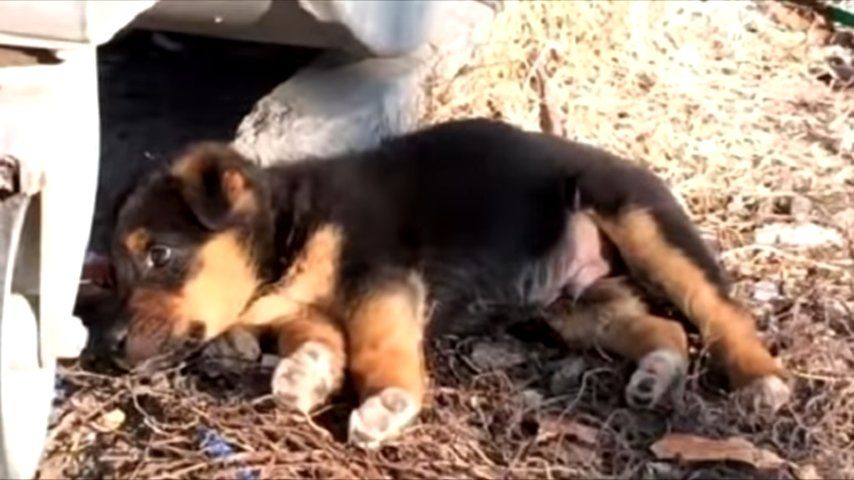 A small, lonely, unwanted puppy was lying near a metal container with garbage. Fortunately, there was one person who called the shelter and asked the volunteers to come. Apparently, it was painful for him to look at the baby sitting under the trash cans. The puppy just didn’t know what to expect from strangers, what people came to him with.

The volunteers examined the area and made sure that there were no other puppies here. How the baby ended up in this place is unknown. He was lucky that day because volunteers came to help him. When one of the men held out his hand, the puppy decided that it would not be worse and affably wagged his little tail. He decided that these people could be trusted. 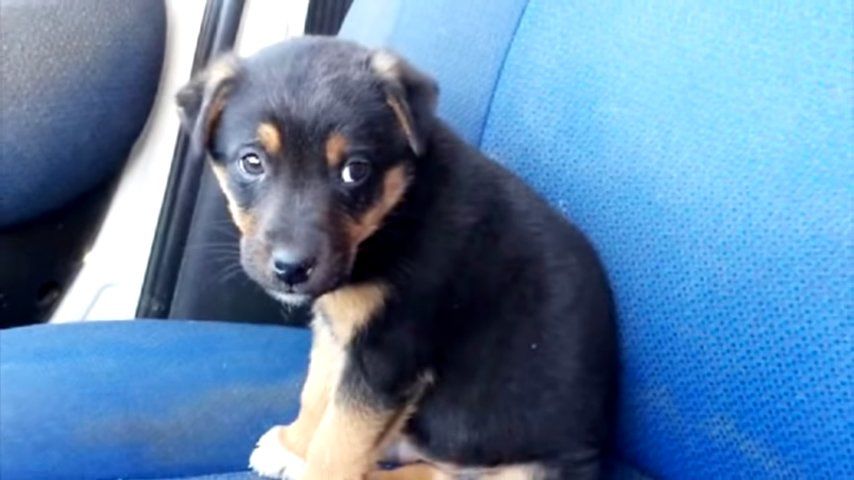 After a short trip, the dog found himself in a veterinary clinic. They took his temperature, checked his heart, and gave him drugs against parasites. The puppy swallowed the unpleasant medicine with difficulty. Then they fed him to his full and decided that it was not worth leaving such a small puppy in the shelter.

For Oscar, the puppy was so named, they found temporary owners who took him for overexposure. For the first time in his life, the baby slept in a warm crib. 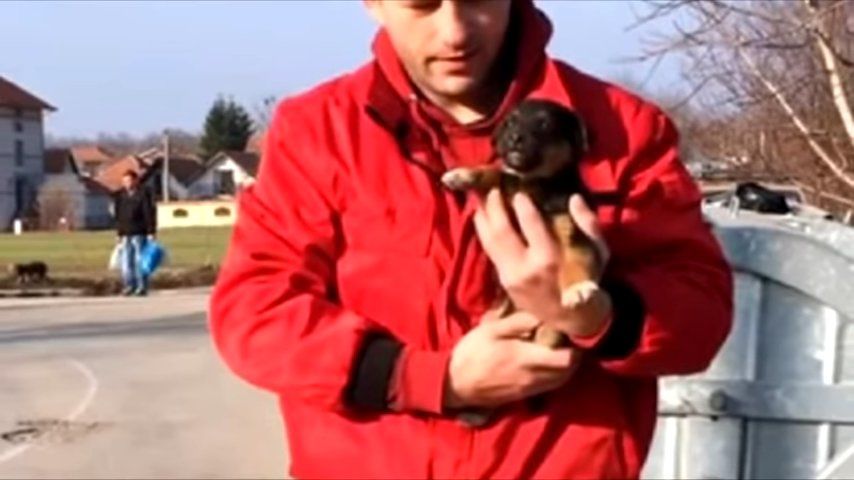 Very soon he will receive the necessary vaccinations and will be ready to search for permanent owners.