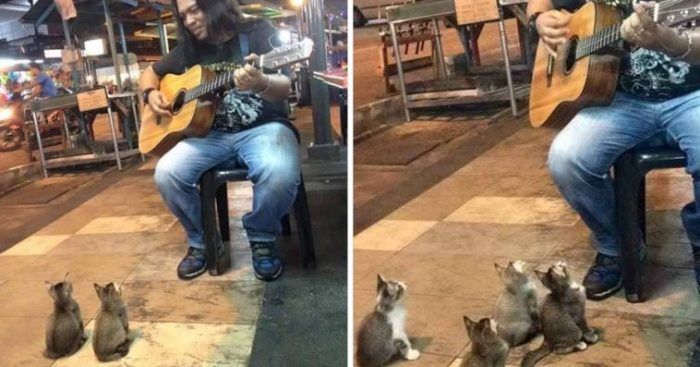 On the island of Pangkor in Malaysia in the evening you can meet a local man who performs jazz compositions on the guitar. One of these performances on the street of the island was filmed by his friend.

That evening, the audience did not pamper the musician with attention and did not bathe him in applause. Therefore, he was upset.

But as time has shown, the long-haired artist simply chose the wrong audience.

In the video, the artist is sitting playing a musical instrument and, with inspiration, literally, looking eye to eye, four kittens three months old are listening to him. Attentive listeners watched every movement of the musician. The man was touched by the mass attention. He smiled mysteriously and sang with special enthusiasm. Undoubtedly, such an increased interest in creative activity on the part of the fuzzies improved the mood of the performer