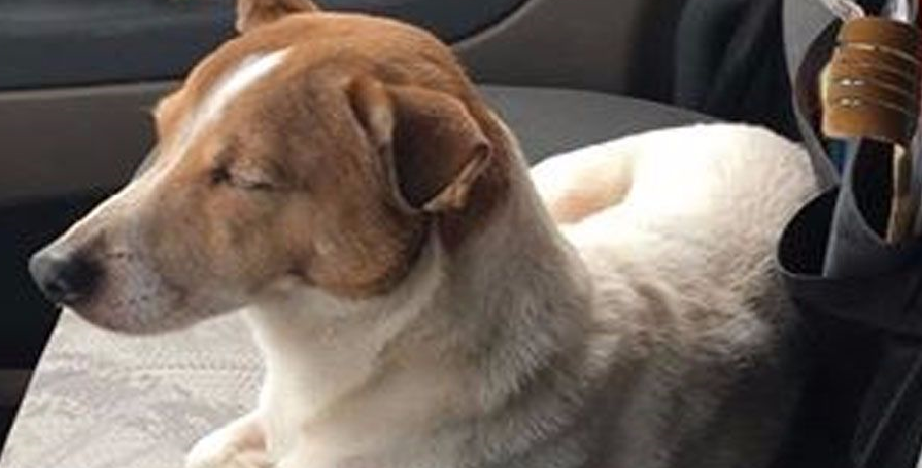 Dan O’Grady is from Akron, Ohio, a trucker who loves animals very much. Since he loves all four-legged creatures, this story has a happy ending.
Driving through Jacksonville, Florida, O’Grady noticed a small dog by the road. He couldn’t leave him like that, so he turned off the highway and headed back to help the puppy. The man hoped that he could get to the dog before something bad happened. Fortunately, the dog—a Jack Russell Terrier-was exactly where he had last seen him, and O’Grady decided to save him.

However, the terrier had other plans. When O’Grady unsuccessfully tried to persuade the puppy to come to him, the dog ran off into the woods with desperate barking. The truck driver followed him, and what he found there was amazing. 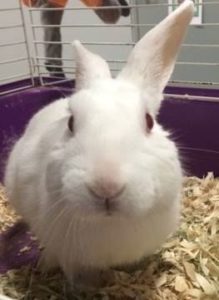 The small, fluffy, white rabbit was clearly thrown out along with his terrier buddy by his former owners. The little rabbit was in pretty bad shape, and the puppy was dirty and skinny. O’Grady decided that they both needed to be rescued.
After the truck driver carefully picked up the rabbit, the terrier seemed satisfied and calmly followed O’Grady back to the truck. Both animals became passengers that day. The truck driver gave the puppy meat for sandwiches and stopped to buy a salad for rabbit in the parking lot. 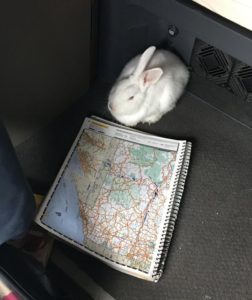 He then drove to an animal shelter and found out that though the folks at the shelter would happily take Highway, O’Grady’s name for the dog, they had no facilities for keeping Interstate, his name for the rabbit.

So, after leaving the dog at a shelter in Florida, O’Grady and Interstate together went on a long journey back to Ohio, where there was a shelter called the Summit County Animal Welfare Society, which contained rabbits, guinea pigs and the like. They were happy to offer Interstate a place to stay. And O’Grady left him in safe hands and went his own way.
Who knows what would have happened if a truck driver with a big heart hadn’t stopped that day? We know what happened is that Highway has stayed at home in Florida forever, and Interstate is waiting for someone to adopt him in Ohio.