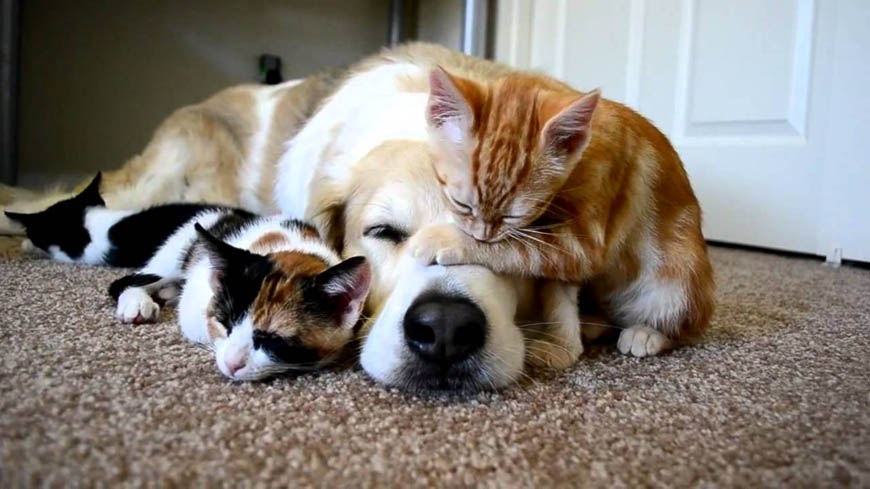 It’s just incredible what kind of friendship and compassion animals can have.

Today we will share with you a video in which two cats helped a dog with damaged paws cross the road. 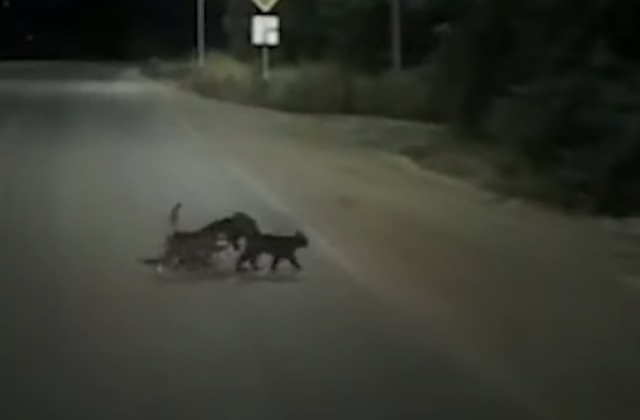 The other day, one of the residents of the Krasnodar Territory posted a video on the Network, which was taken by his DVR. And it is worthy of attention, because people have a lot to learn by viewing it.

The dog, barely dragging its hind legs, tried to cross the road, and all this time it was accompanied by two black cats. They were not at all afraid of approaching cars. Even after the limping dog was already on the side of the road on the other side of the road, the furry assistants stayed by his side. 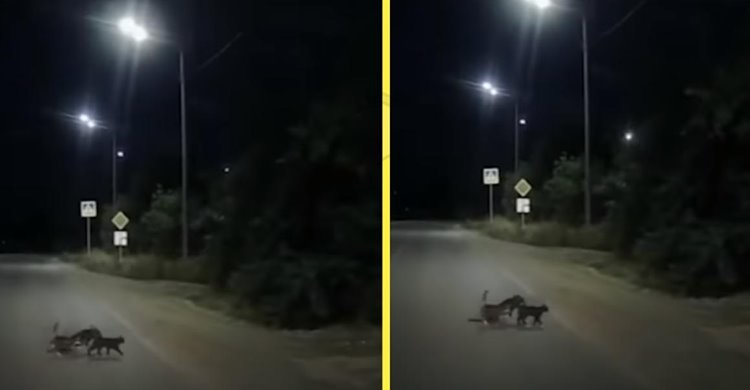 The leading zoologist and scientist Vitaly Drozdov explained that such behavior can be observed in members of the same pack. For example, if a dog is not accepted in a dog pack, he could quite make friends with cats. And this friendship will definitely be strong.

The zoologist only expressed regret that the owner of the car, whose DVR captured this video, did not follow the animals and did not find out if they needed help.