An adult dog and her daughter lived all alone and were very afraid of people.

It’s hard for me to understand how they can abandon a living being and just not think about its fate. It seems to me that such people have an empty space instead of a heart… 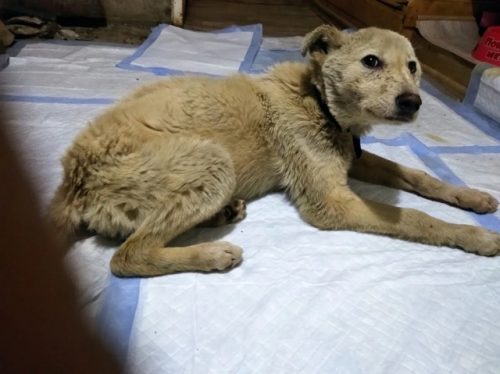 The owners abandoned their dogs to certain death, and at the same time they live happily and safely. It is very difficult to understand the motives of such people. Why was it necessary to get an animal if your plans did not include taking care of it. 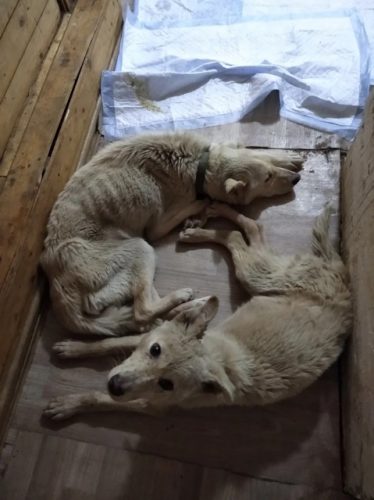 A friend called me late at night and told me that, passing by an abandoned house, she heard someone whining inside.

In the middle of the night I went to an abandoned house. I went to check with my daughter and already on the spot we found two dogs. The animals were chained and quietly whining waiting for their last hour. 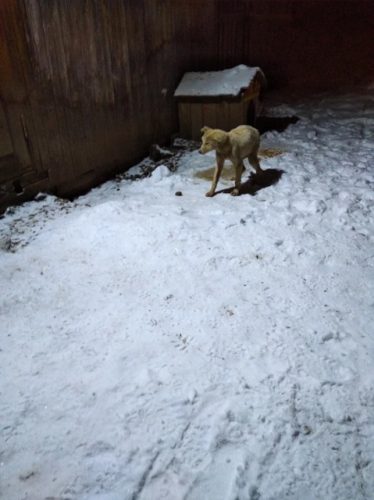 The house has long been uninhabited. And recently there was a collapse in it. The owners simply left the dogs chained in the house and never returned. Mom dog, we called her Squirrel, couldn’t get up on her paws. She tried to get up, but she didn’t have enough strength to do it. Her daughter was a little more active. 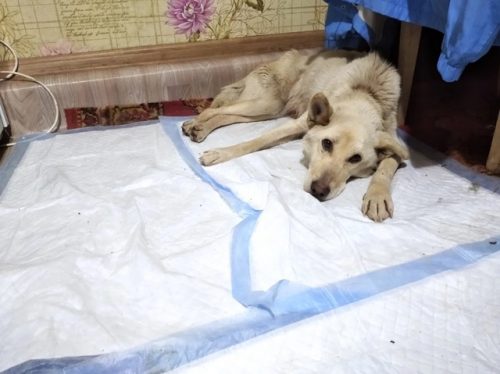 If my friend hadn’t heard their squeak, they would have been gone in a few days.

Now it is very important to show the dogs to the veterinarian, make them droppers and eliminate dehydration. So far, the main task is to help them survive. 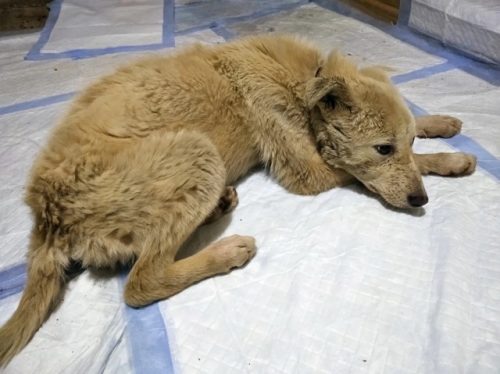