A girl named Megan Sorbar accidentally stumbled upon three little kittens. They clung to each other and cried so pitifully… The girl decided to find their mother. But to no avail, the adult cat was nowhere to be found. These little ones were all alone. Megan didn’t know what had happened.

Today we want to share with you a wonderful story about a girl with a kind heart and little kittens who have found a chance for a new life. 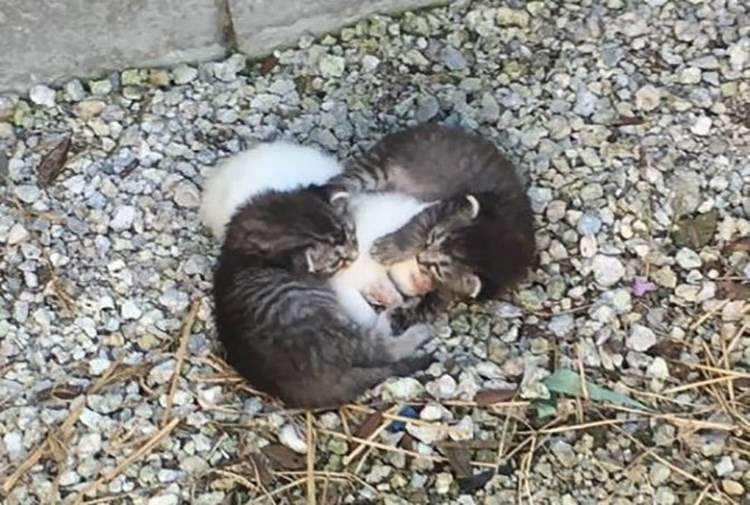 Megan decided to take them with her. After all, if she leaves them, they will die, who will help them? When the girl bent down to pick up the kids, she saw an unusual picture. Two of them lay on the sides and warmed the third.

Later it became clear why they did so. It turned out that the kitten girl was very weak. She couldn’t walk or even hold her head. And her two brothers helped her sister as much as they could.

Megan fed and washed them all at home. Everyone got their own nickname: Pistachio, Coconut and Praline (Sorbar was just going to buy herself ice cream when she found the kittens). 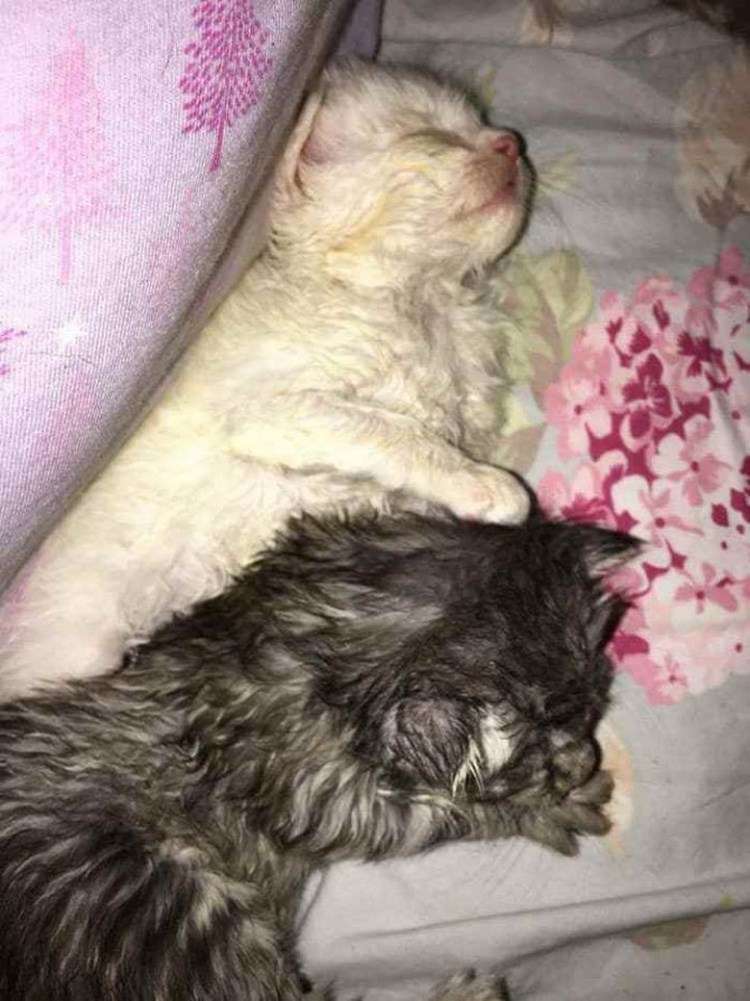 At home, the girl already had one pet — a dog named Bisti, who gladly accepted the kids. She surrounded them with love and care and practically became a foster mom for them. 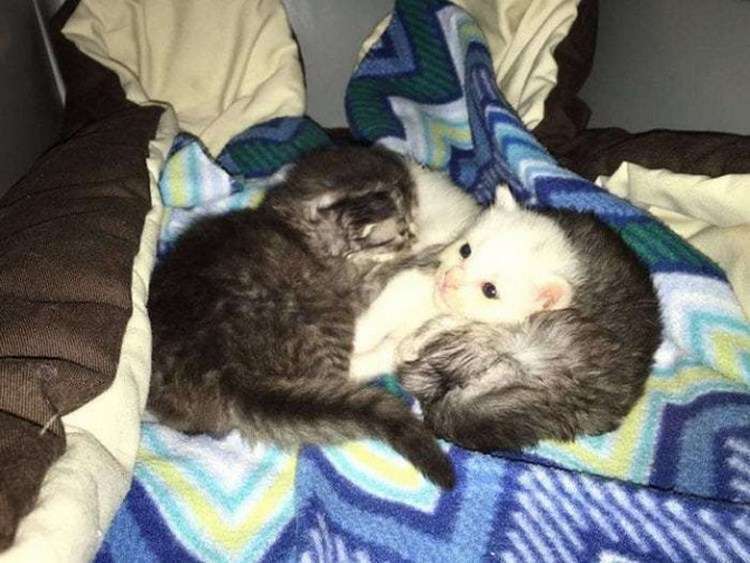 She paid a lot of attention to the sick girl. She needed special care. And thanks to the caring foster mother, Pistachio went on the mend. She even began to hold her head and walk a little. 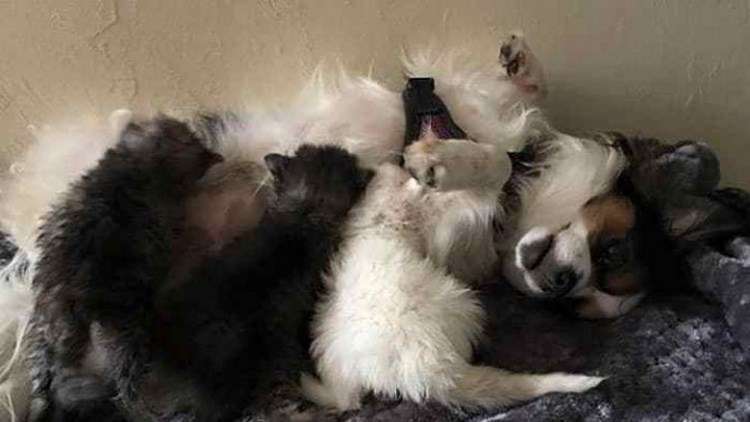 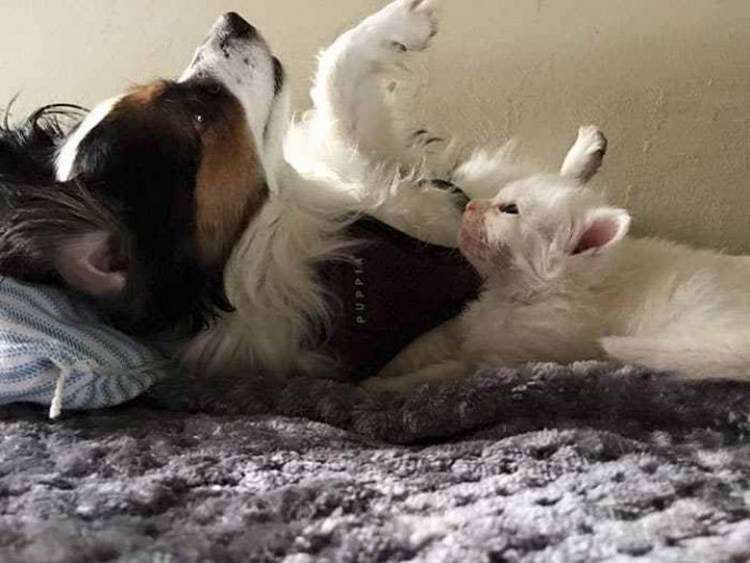 That’s how the kids got a loving foster mom of a completely different kind. As they say, there are no other people’s children. And this rule also applies in the animal world.