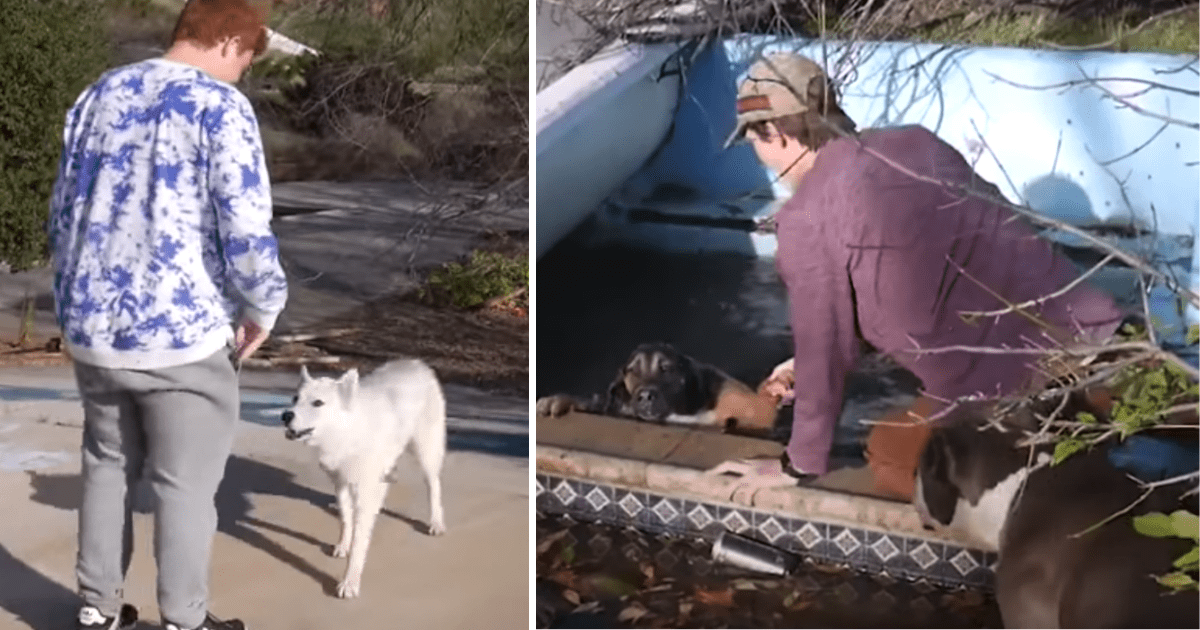 21-year-old Trevor Costelloe and his friend Dave were exploring an abandoned water park near San Diego, California and vlogging about their adventure for youtube when they were suddenly approached by two stray dogs who needed help saving their drowning friend. 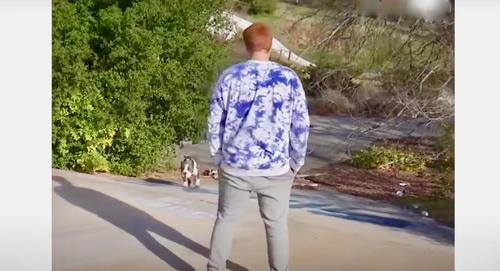 After about 30 minutes, they suddenly saw a large white husky in the distance.

Judging by its battered appearance, it was a stray dog. Then she was joined by a pit bull with a white-gray color. Bloggers initially tried to stay away from both dogs, fearing aggression on their part. But then Dave changed his mind and decided to approach them anyway. Approaching people, both dogs begin to wag their tail in greeting. 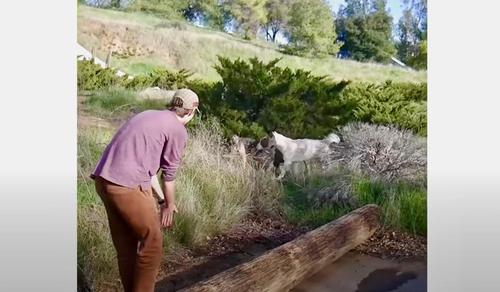 The dogs take their new friends to a small pool. Trevor and Dave saw a third dog there, which was struggling to stay on the water. She fell into a deep pool and could not get out. And she had less and less strength to swim. The dog’s head was barely visible above the water.

Trevor immediately drops the camera and approaches the drowning dog. But it is impossible to pull it out, because the floor is very slippery. Trevor begins to approach the pool cautiously once again. 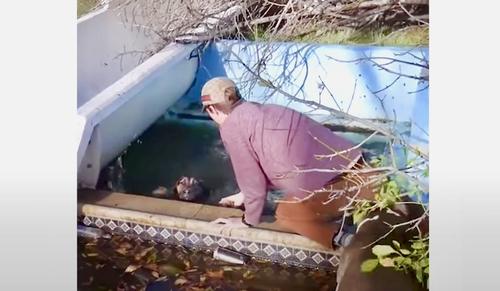 Approaching the edge of it, Trevor pulls the frightened dog to him, so that she can be saved. And then, with one movement, he takes it out of the pool. A dog, very grateful for the help. She immediately starts wagging her tail and meeting new friends. The dogs are very happy to be rescued and reunited with their friend.

Fortunately, the guys managed to pull the drowning dog out of the pool before she ran out of strength.