The small dog Patron became a real star not only in Ukraine but also far beyond its borders. Externally, Patron is similar to a Jack Russell Terrier. But it is not so much his cute appearance that made him fall in love, as his unique talent. The dog can smell mines and other explosive “surprises.” Patron has a lot of work lately, and he copes with it brilliantly. For this he has deservedly received the title of hero. 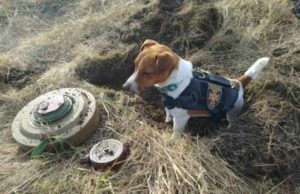 Dogs have been used to search for mines since World War II. In peacetime, dogs help detect leaks of poisonous chemicals and explosive gases in mines. Dogs have an innate talent for distinguishing certain scents from background odors. But it will take professional training to hone these skills.

The brain center in dogs that is responsible for olfaction is almost 40 times larger than the corresponding center in humans. Therefore, animals can distinguish scents much better. That’s why Patron is so good at his job. 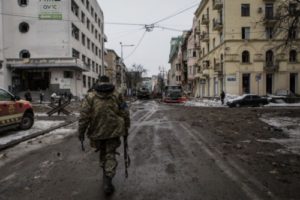 “Humans have never been able to develop anything to replace the ability of dogs to distinguish odors. No robot can do it as well as a dog after proper training,” states the director of K-9, the U.S. canine unit.

Despite the high level of responsibility on the job, outside it Patron is an ordinary active dog of two years, whose favorite treat is cheese. 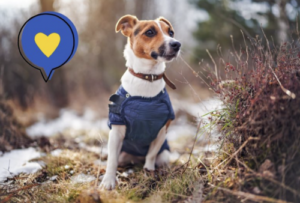 Dogs are used to search for mines all over the world. About 750 four-legged dogs are now involved in such work.

Father falls asleep, exhausted at work: daughter covers his shoulders with her jacket
When we grow up, life teaches us that we must work to earn a
POSITIVE 0 47