Veterinarian Ovidiu Rosu was driving on the road in Bucharest, Romania. Suddenly he saw a frightened dog on the road. To avoid being run over by a car, the man did not hesitate to rush to its rescue. 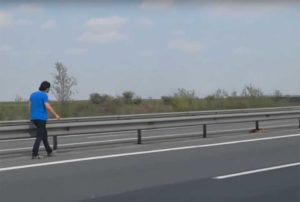 Sometimes it takes a little courage to help someone, as in the case of veterinarian Ovidiu Roşu. The veterinarian was driving down a highway in Bucharest, Romania, and noticed something very strange in the middle of a busy road. It was a frightened little dog that was hiding under a guardrail so it wouldn’t get hit by cars.

The photo shows Ovidiu walking in the middle of the road, clinging to the railing and heading toward the endangered animal. A few meters away is a very frightened dog. 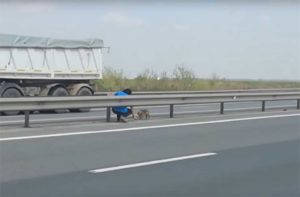 Ovidiu Rosu explained:
“The dog must have been abandoned right by the highway. And she tried to cross it. But she must have been too scared to get to the other side.”

As we see in the dramatic footage, Ovidiu finally takes a few steps toward the dog, kneeling down to quickly grab the puppy before it can escape. 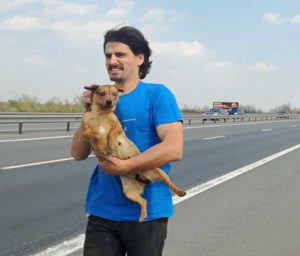 “The hardest part was gaining her trust. When I approached her, the last thing I wanted was for her to panic and throw herself into the road. Luckily, I was able to get close to her easily. She really is an adorable little dog.” 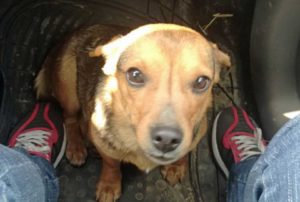 Ovidiu named the dog Berta. And now he takes care of the dog until he finds a forever home.