Since birth, the puppies have been domesticated. They touched the owners very much with their beauty and spontaneity.

When the puppies were still very young, their owners got an apartment that they had been waiting for for a very long time.

“Can you take them? We will be moving, and litter in a new apartment is not included in our plan at all,” a man told me on the phone.

I didn’t agree. The puppies are still very tiny and there will be a lot of trouble with feeding them. Besides, at this age it’s too early to separate them from their mother. 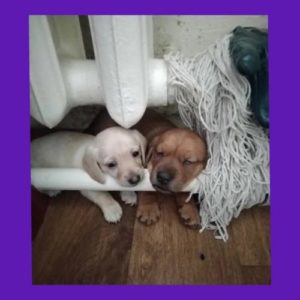 Having been refused, the owners and the dog simply left, and the puppies were left all alone in the old house.

— I came home from work, and I can hear their screeching in the barracks. The owners didn’t leave any new addresses or phone numbers, only your number was there,” a neighbor said by phone.

I was not ready to deal with babies who need to be fed by the hour. But there was no one else who would agree to take the kids. Even paid overexposures did not want to deal with such babies, and the veterinarian advised to get rid of them altogether.

An hour later, the puppies were at my house. After drinking warm milk, they slept sweetly. The puppies spent a month with me. 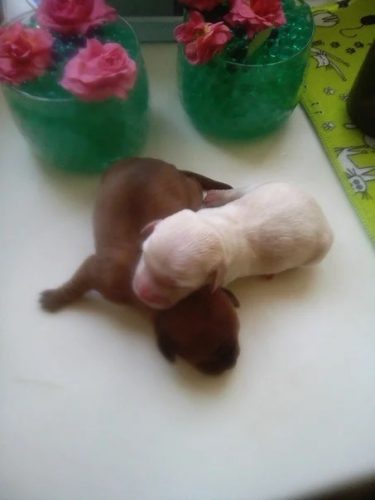 Not remembering another mother, the kids accompanied me everywhere. They grew up and were ready to go to a new family. But I still can’t forget how every two hours I got up to feed them and change diapers. It feels like I’ve nursed another baby.

I didn’t want to arrange the puppies one by one, but the chances of finding a home for both at once were small. They were often refused, motivated only by the fact that it would be too expensive to feed them. 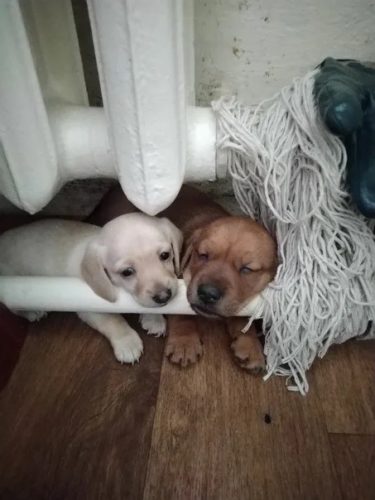 Soon I met my classmate on the street. In the conversation, she mentioned that her dog Dora was gone and she was going through it very hard. The pet lived with Julia for 15 years.She missed her and tried to avoid dogs, so as not to open fresh wounds.

Once one of the dogs pinned down a finger. As a result, her nail broke.

The bandages were made immediately, after which Julia offered to pick up the puppies. She could do bandages. 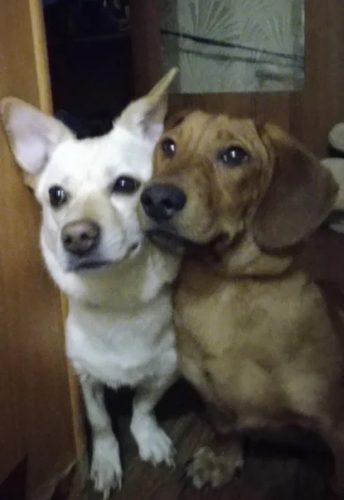 For almost 4 years, Leila and Hans have been living with Julia and love their owner very much. That’s how the story of the puppies who were left to die alone in the house ended happily.