When the guy went fishing once again, he saw a puppy in his favorite place. The kid was standing in the water. He did not react to the sound, it was as if he was inanimate. The guy, of course, came up and took the puppy. He wiggled his tail a little. Then the puppy stopped reacting to any stimuli again. 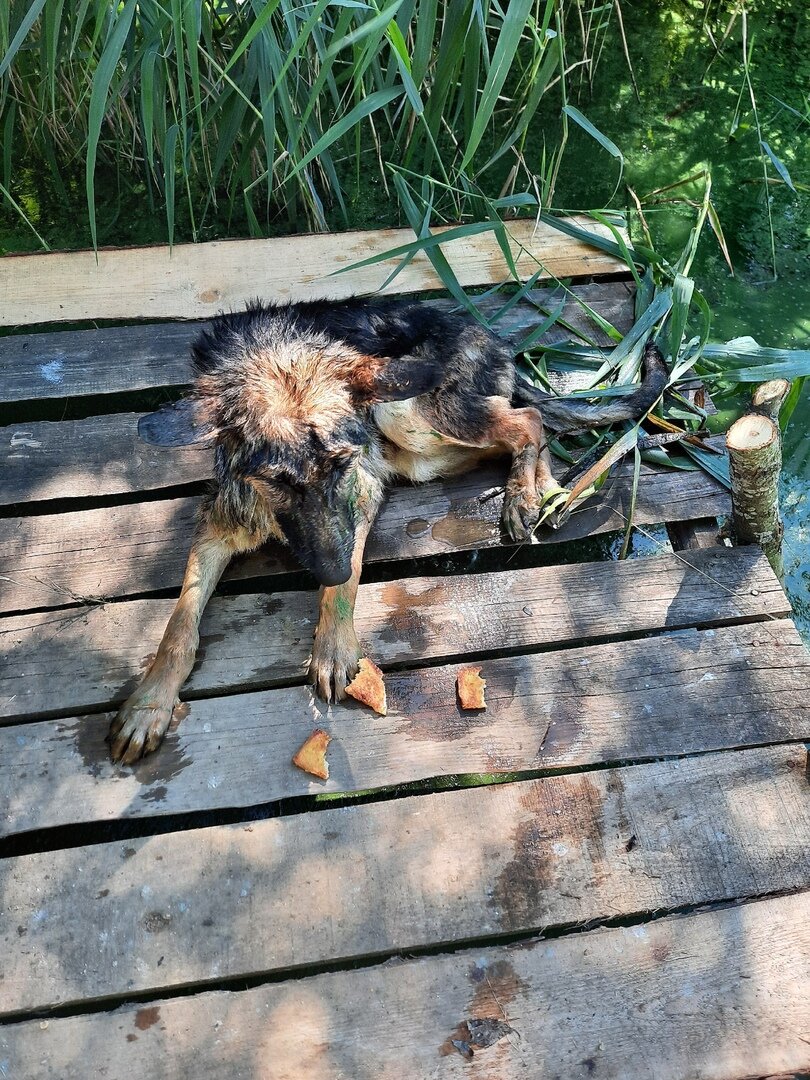 Well, how to fish here? Since he had already pulled the puppy out of the water, he decided that he simply had to help the baby further. The guy went to the veterinary clinic with his find. The veterinarians said that the dog is on the verge of exhaustion. Also, doctors determine the approximate age of the puppy – about six months. However, he didn’t look more than three months old. Perhaps the puppy had a developmental delay. Maybe he didn’t get enough food from his owners.

The poor guy was named Garik. Doctors advised to place him in a hospital for treatment.The first week in the hospital was spent on examinations and stabilization. All medications were administered to the puppy with a syringe. The dog couldn’t even stand on his paws properly. He got up and fell down again. The doggie was scared and nervous. He gnawed on everything he saw in his path. Probably, the previous owners did not feed the unfortunate puppy.

Every day the treatment began to bring a positive result. A week later, the baby was already firmly standing on its paws. Also, he began to see a little, but his eyes did not focus on anything. 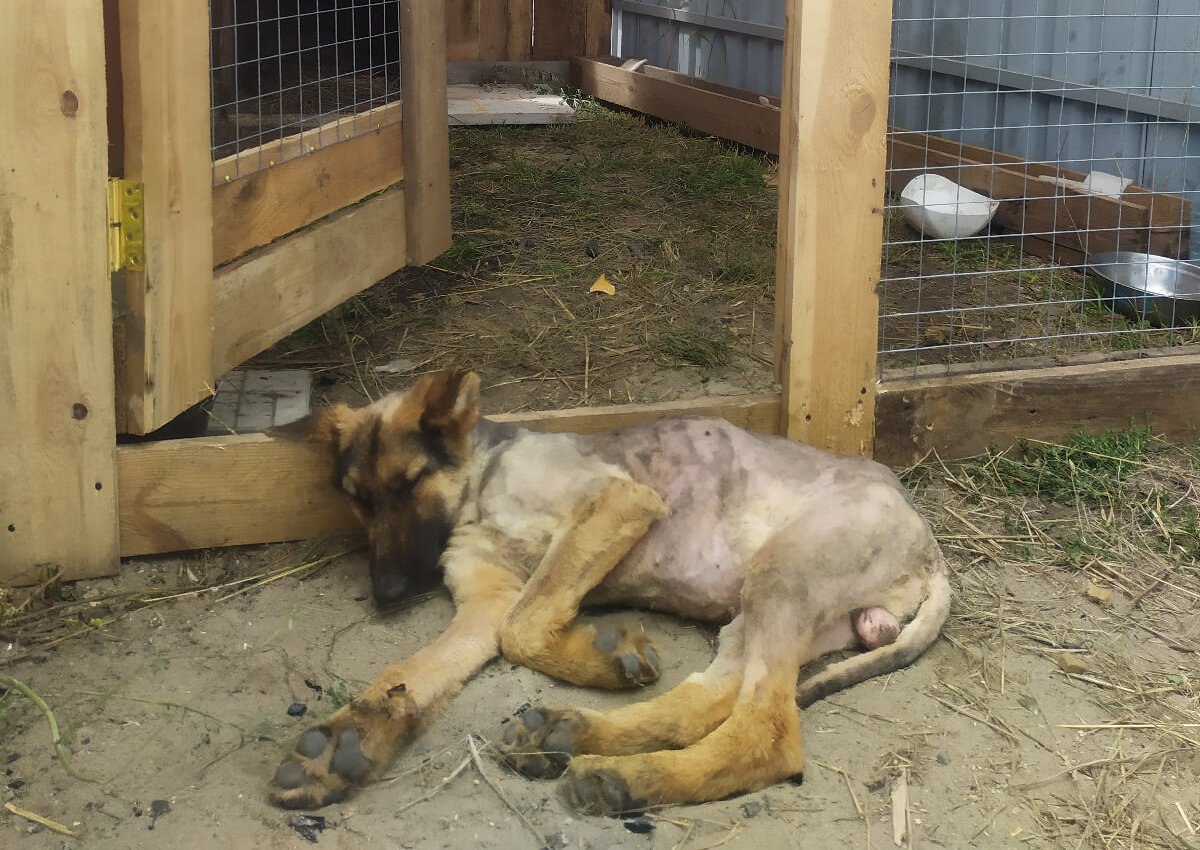 Now the puppy already responds to his nickname and comes out of the cage when he is called. Perhaps the dog will not recover completely, but he will be able to live and please the owner.