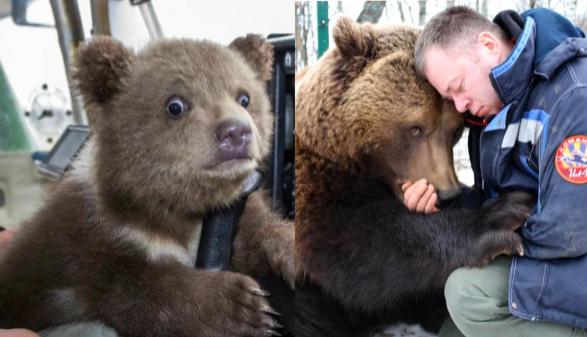 Five years ago, pilots working at the Orlovka airfield in the Tver region found a tiny, almost newborn bear cub next to the runway. The foundling was named Mansur – in the Altai dialect it means «bear».They started feeding him because he was alone and helpless. Soon the baby made friends with people and a local cat.
When the bear cub grew up, it became clear that he could not be sent to the forest.So he was too used to people and trusted them too much.

The pilots tried to attach the bear cub to the surrounding zoos, but none of them found Mansur useful. After some time, the pilots moved to the Oreshkovo airfield in the Kaluga Region. They built a large aviary for their pet there, according to the recommendations of specialists from the Moscow Zoo. Now the bear has half a hectare of territory where he can run and play freely. 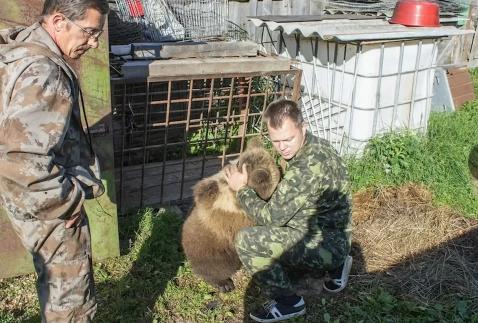 The fate of the bear cub touched Andrey so much that he plans to open a shelter for bears. Meanwhile, the maintenance of Mansur is also not an easy task. 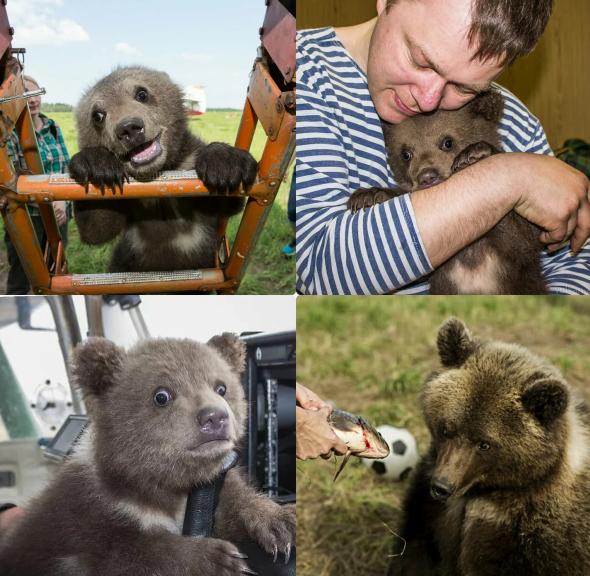 In order for the bear to not need anything, kind people have started a YouTube channel.They also developed a website through which people can send donations to Mansur.