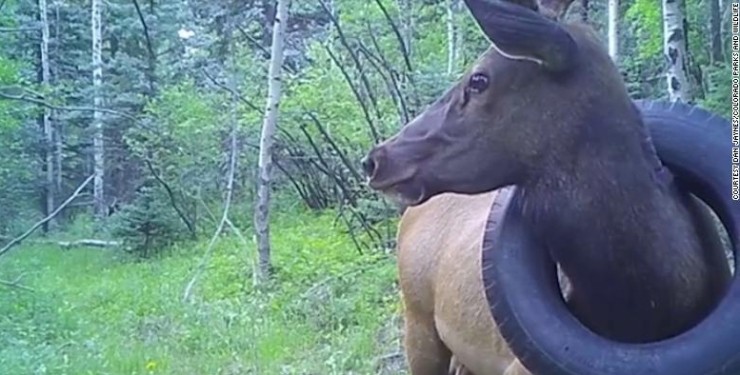 Employees of the environmental protection agency in the US state of Colorado were able to remove a car tire from the neck of a deer. The animal walked with it through the local forests for at least two years. 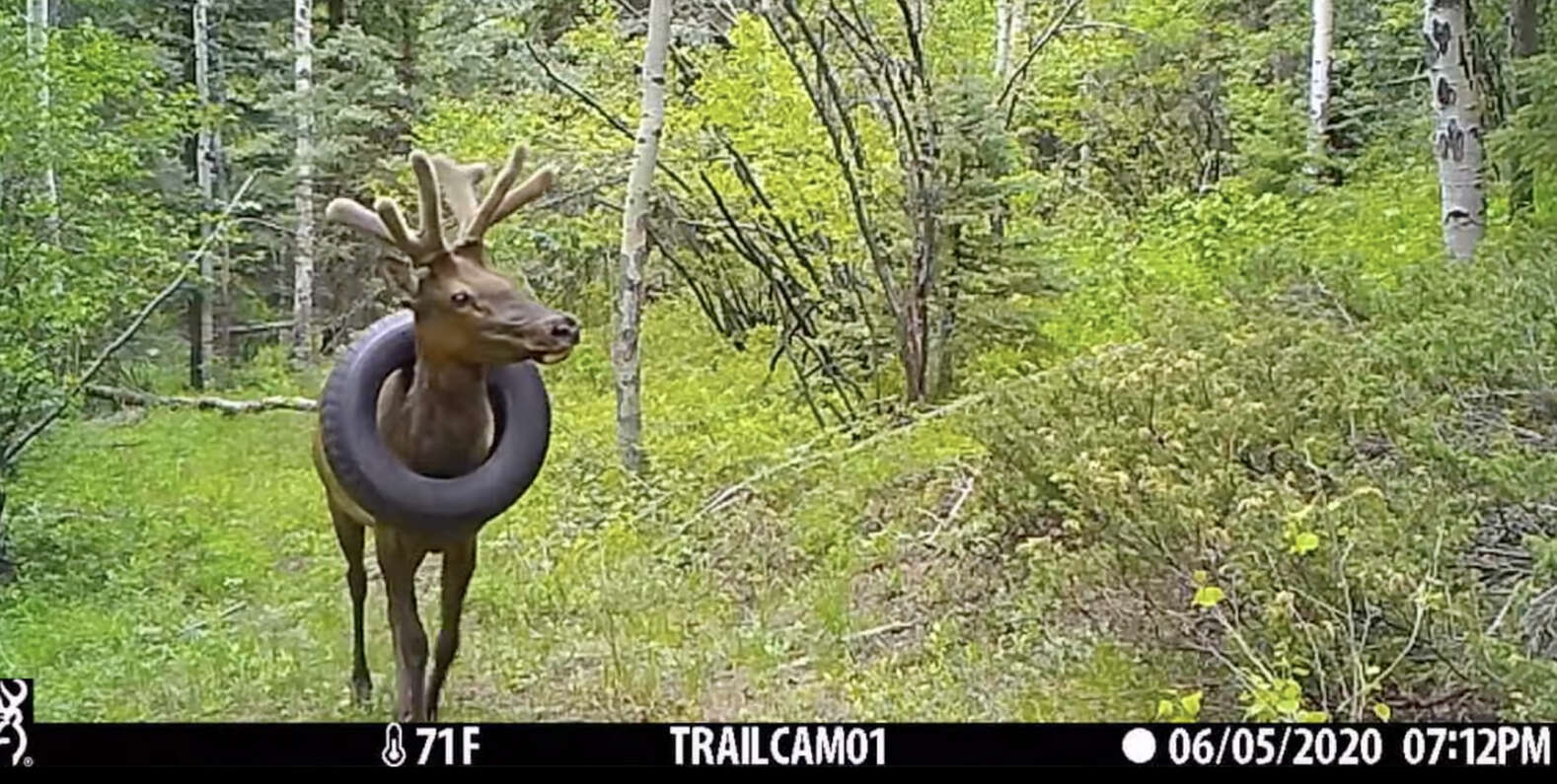 Wildlife officials in Colorado say they have been trying unsuccessfully for about two years to help a deer that was roaming the hills with a car tire around its neck.

The age of this deer is about 4.5 years old, and the weight is 270 kg. He was spotted in the Pine Junction area, near Denver. Employees of the Colorado Parks and Wildlife organization have already made their fourth attempt to catch the animal. To remove the tire, they had to cut down the antlers of a deer. It was difficult to cut through the tire because of the steel side. 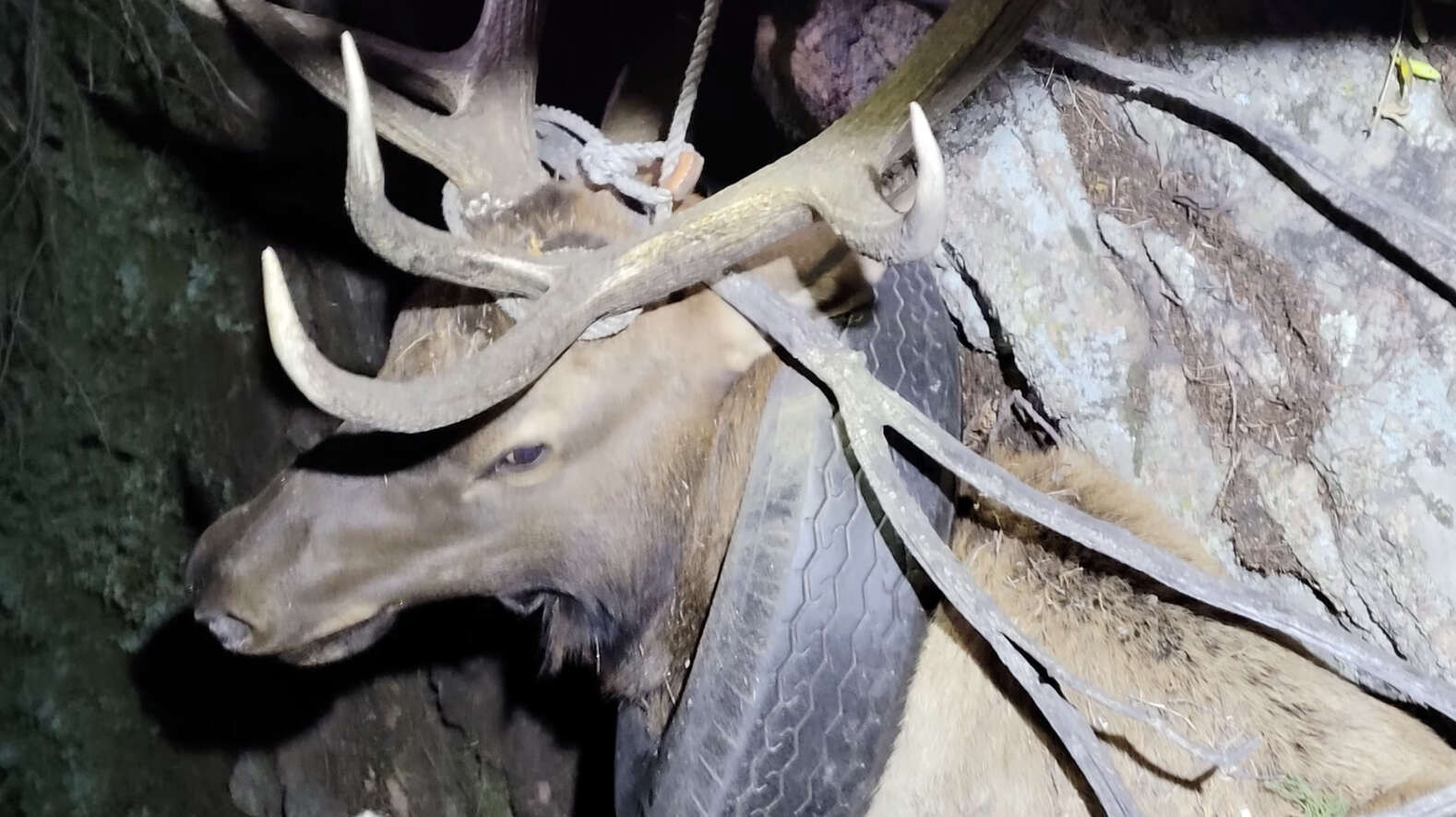 In addition to strong steel threads, the heavy tire was stuffed with forest debris and earth. And under it, there was a wound on the animal’s body. Because of all this, the Rangers abandoned the idea of cutting the tire.

Security officer Scott Murdoch explains that, of course, it would be better to cut off the tire and leave the antlers to the deer. But it was necessary to act quickly and look for any possible ways to help the animal. 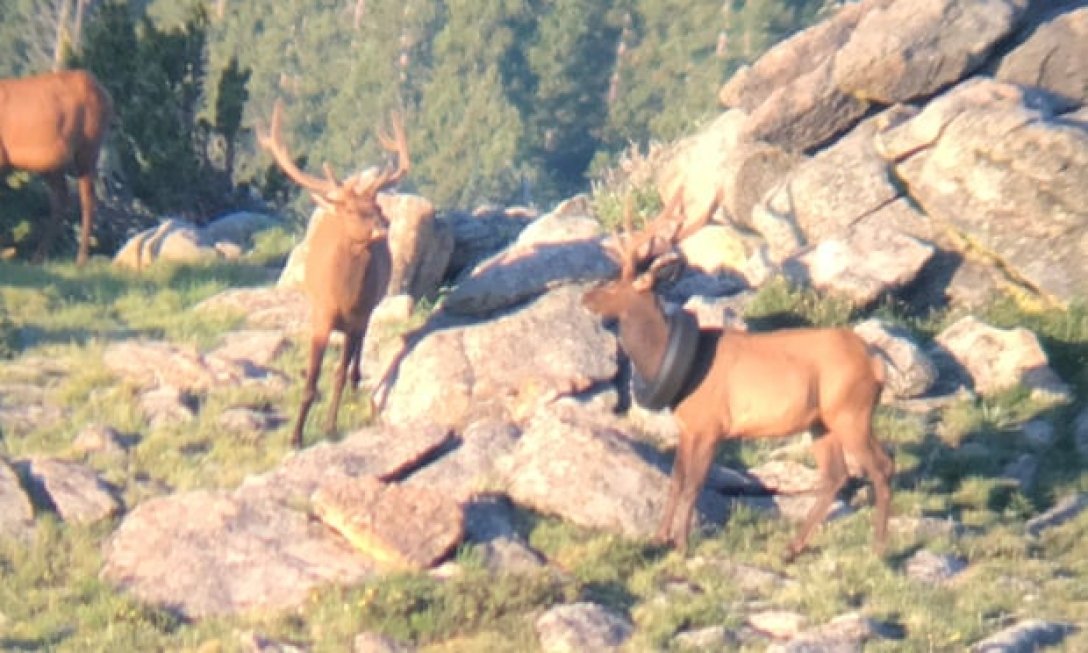 After the deer was freed from the tire with garbage inside and the horns were cut down, its weight decreased by about 16 kg.

The search for this animal was launched after reports from local residents who noticed a deer with a tire in a herd of 40 other animals. Service officer Dawson Swanson says he was extremely surprised that the tire had not injured his neck in two years. The hairline on the neck was slightly erased. There was also a small open wound the size of a coin. But in general, the neck was not damaged. 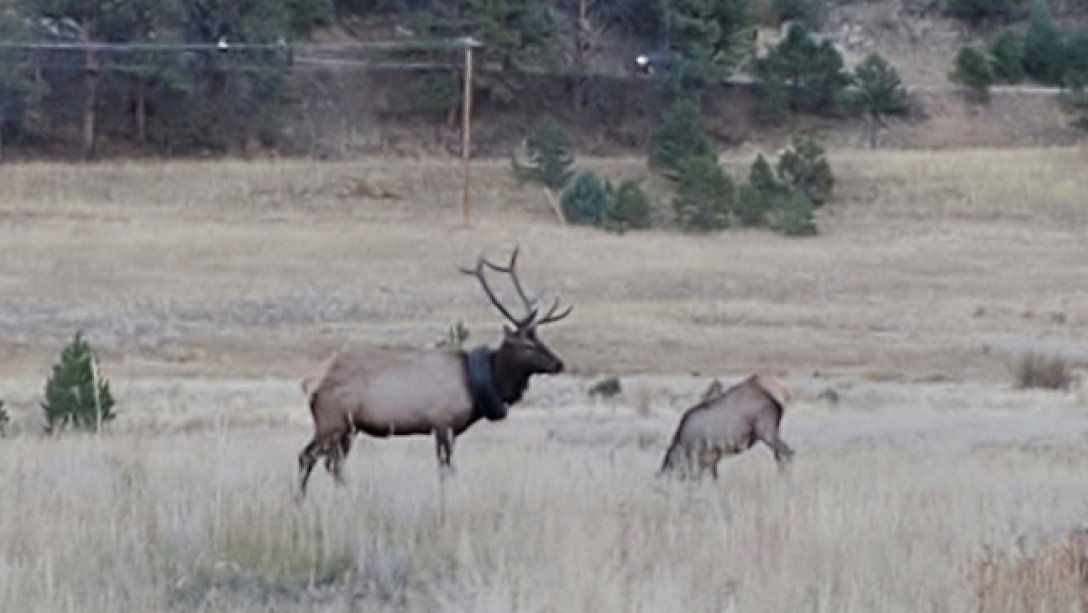 While the animal was sleeping, its horns were cut off. The tire was removed and the injuries on the neck were treated. The 270-kilogram male was slightly lighter than his peers, but he was in excellent shape. He immediately ran away after waking up.