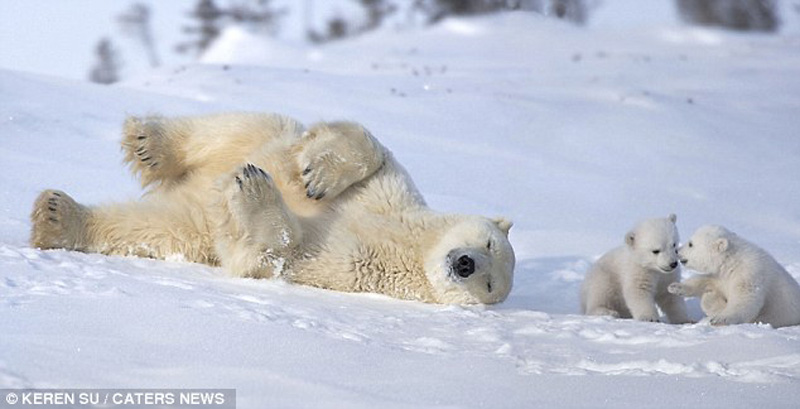 Another portion of emotion. This time the main object of admiration is two charming polar bears and their equally charming mother frolicking in the snow. That’s what we understand – winter fun! 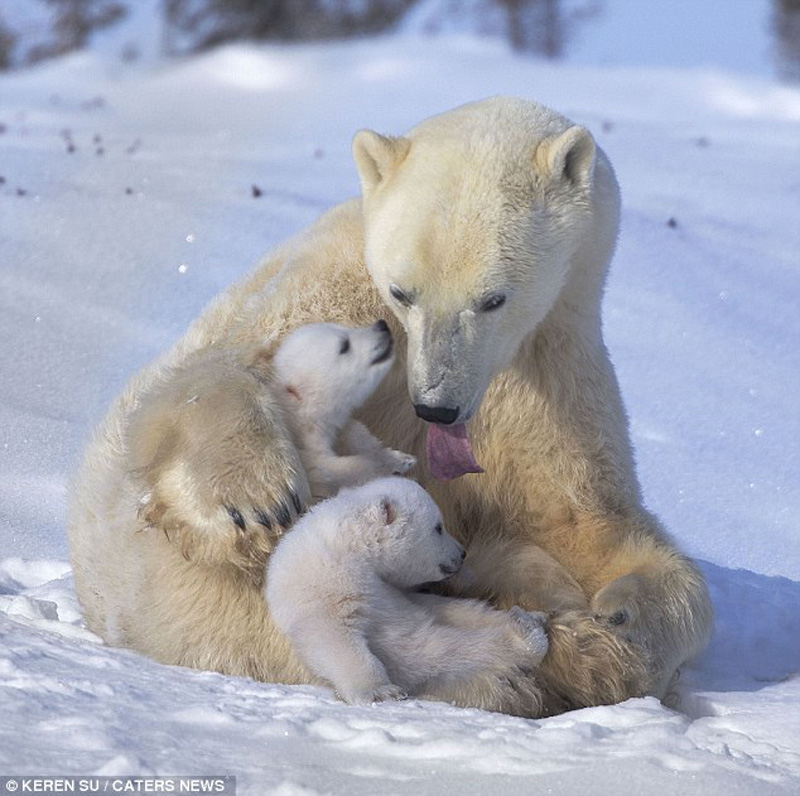 Photographer Keren Su took these beautiful photos in the Waspusk National Park in Canada in a 20-degree frost.

“This is a real paradise for polar bears, but not for humans,” says Keren Su. – Here you can wait for the bears to appear for several days, but never see them.” 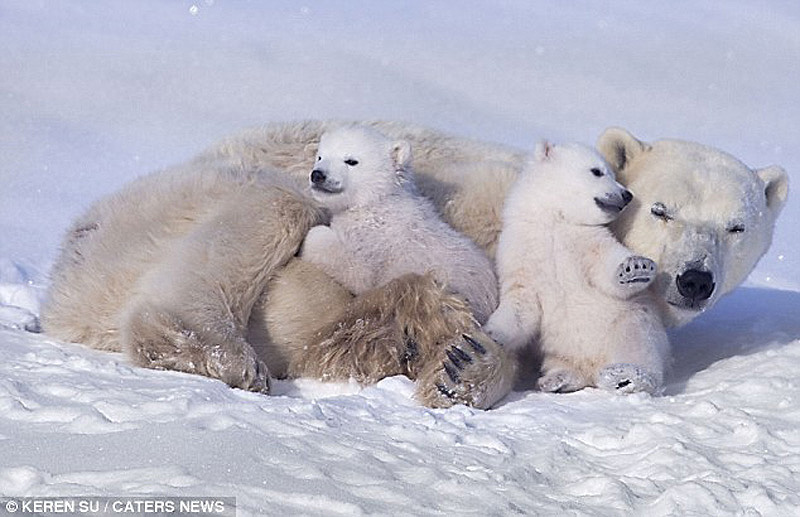 However, Keren was lucky three times with this pair of mischievous cubs and their caring mother.

For the sake of such photos, Keren Su is ready to endure the frost of 20 degrees again and again. 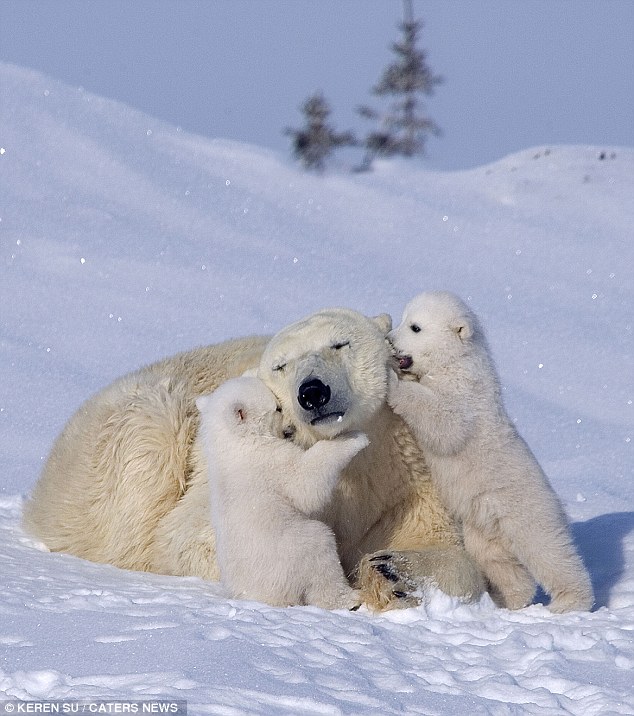 After a grueling game, the cubs need to rest, and Mom is right there. It serves as a warm “mat” for them in the cold snow. 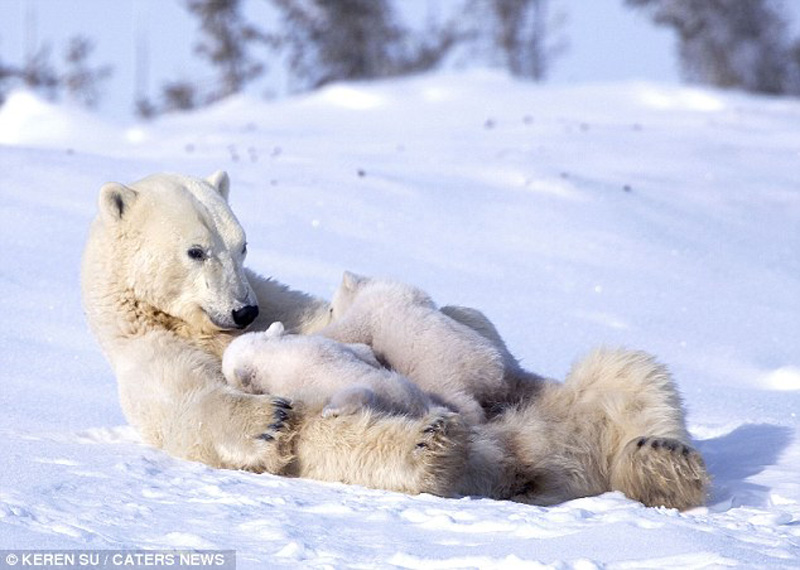 The mother feeds the cubs. After that, she licks them, especially the tummies, so that the milk is well absorbed and digested.

.Keren says they had to wait a little while for the bear to get used to the presence of people. After a while, she let him watch them from afar. 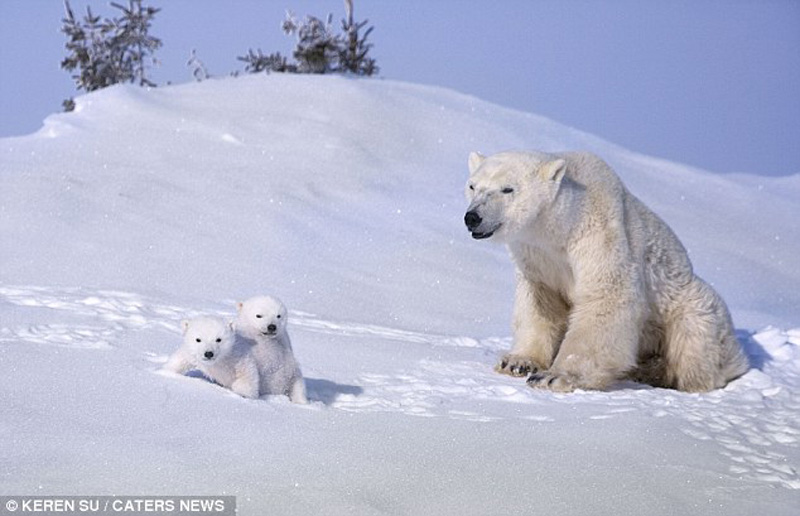 “I love winter, it’s my favorite time of the year, because winter is very romantic. And photographing animals at this time is a pleasure,” says Keren.