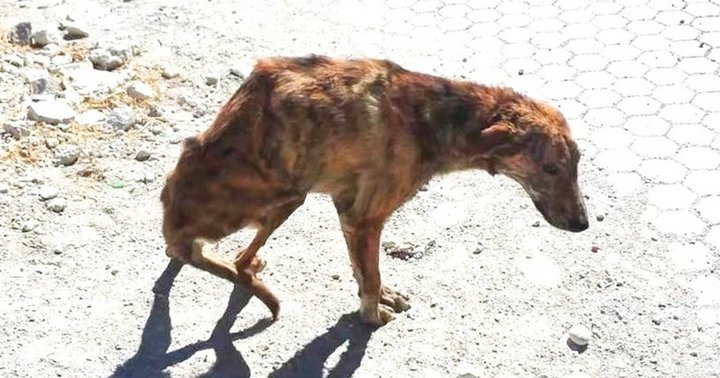 While vacationing in Crete with her family, Kiara Ijzendoorn found a crippled dog on the road. The animal had a paralyzed paw and a broken back, and no one cared for it. The woman could not leave the dog to the mercy of fate and took him to the Netherlands.

Despite the illnesses and living alone, the dog met his rescuers very friendly.

He lived in an abandoned barn.

Kiara immediately fell in love with the poor guy and took him to the Netherlands
According to veterinarians, the animal was injured by people. The dog is very afraid of elderly men and cats.

Now the whole Ijzendoorn family is actively engaged in the treatment of a new pet, who was given the nickname Fos, which means “shining” in Greek.