Brigitte Bardot is one of the best actresses of her generation. Her splendid physique has turned the head of more than one person. From her early days in the cinema to the present day, the actress, now 87 years old, still exudes eloquence and charisma like no other. Much appreciated for her good deeds, Brigitte Bardot has however a dark point: her relationship with her family.

She did not want the son she gave birth to in 1960, and she has never made a mystery of it. Not only does she have no real contact with him, but she has been abandoned by her own family. This is a situation she agreed to come back to during her interview. 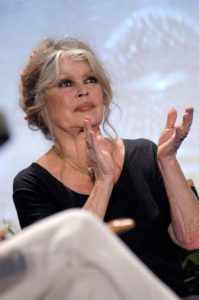 In 1960, Brigitte Bardot was in a relationship with Jacques Charrier. It is from their romance that was born on January 11, 1960, the only child of the actress: Nicolas-Jacques. Years after this happy event, the actress admitted that she wanted to cancel the past if possible. Over the years, she has not ceased to evoke the trauma that this birth gave him.

She explains that at that time (she was 25 years old), she was at the height of fame, and was chased by the press. According to her, this birth came at the worst possible time. She was overwhelmed with work, and the media was relentless against her. 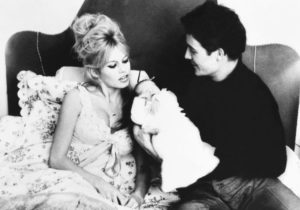 She felt ʺbad about herself and tired from the moviesʺ. She summed up her discomfort in one statement:

ʺThis was definitely not the time to have a child! I was killing myself every three minutes, doing nothing but crap, but you don’t choose; the timing was wrong and everyone suffered from itʺ.

In her interviews, she did not hesitate to use atypical expressions to talk about her son. For example, she had compared her pregnancy to a tumor that fed on her. Another phrase that made a lot of noise: “I would have preferred to give birth to a small dog”.

Nicolas-Jacques Charrier is now 61 years old. He settled in Norway and started his family there. He has two daughters in their thirties, who made Brigitte Bardot a great-grandmother. The film icon is therefore the matriarch of a large family, with whom she no longer has contact.

When the journalist asked her if her family gave her gifts for the holidays, she was hilarious in answering in the negative. However, she has given many gifts to people in need (sick, elderly or lonely), and received gifts from people she didn’t know. These people ended up becoming a second family for Brigitte. 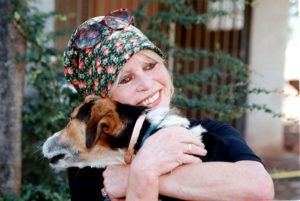 Time has no real hold on Brigitte Bardot. Despite her 87 years of age, she has not lost any of her splendor, and does not deprive herself of small coquetries. During her interview, the animal rights activist gave an insight into her daily life: 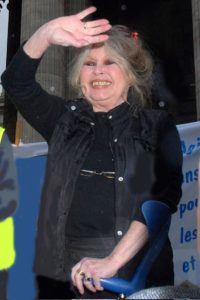 The secret of her youthfulness probably lies in her love for life. She has some health concerns due to her age, but she always manages to keep her smile, her good mood and her legendary frankness. An avid dancer, she is willing to put her health aside to dance her ass off:

ʺI have double osteoarthritis in my hip, I walk with crutches, but if they put a rumba on me (…) or a flamenco thing, I swear, I get one of those cravings to move… I get the itch!”

The last point addressed by the artist during this interview, and not the least, is the coronavirus. As a reminder, she has always been energetically opposed to the compulsory vaccination and the health pass, introduced by the French government. She had even gone further by comparing them to an “Ausweis”, the pass imposed during the war.

In this interview, she gave the reason why she is categorically opposed to the anti-covid vaccine:

“Oh no! I am allergic to all chemicals. Even when I traveled to Africa, I refused to take the yellow fever vaccine. My doctor at the time wrote me a false certificate. I left and came back in great shape”.

The least we can say is that Brigitte Bardot remains equal to herself in all circumstances, and that’s why we all love her.