One of the greatest comedians of world cinema played his first starring role in “Not a Thief is Not Caught” directed by Yves Robert at the age of 44. 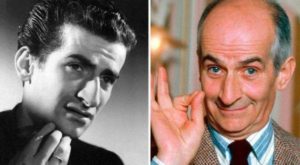 The film was released in 1958, and in the 1960′s to the 50-year-old actor came to this world fame. Every year the actor starred in three or four films, and the role of Commissioner Juve in the Fantomas trilogy directed by Andre Hunebel brought him to the peak of popularity.

Patrick began his career as a film and theater actor in 1964. But he gained real popularity after the series “Star Trek: The Next Generation” in 1987. At that time, the actor was 47 years old. 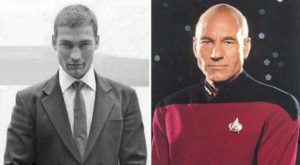 His next starring role was as Professor Charles Xavier in X-Men. The last of the “X-Men” films – “Days of Future Past” was released in 2014, when Patrick had already turned 74. However, over the last 30 years the actor has not changed much.

The actor tried to take Hollywood by storm at the age of 23, but, alas, without success. He didn’t get noticed until the ’90s, when Tommy was already 45 years old. And not just noticed. Jones has become one of the most sought-after and best-paid actors in Hollywood. 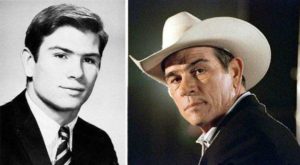 Tommy Lee Jones has been nominated four times for an Academy Award – and won it in 1994 in the category “Best Supporting Actor” for his role in “The Fugitive”. The 70-year-old actor continues to act to this day.

Maggie Smith has never considered herself a loser. In 1970, she won an Academy Award for her role in “The Blossoming of Miss Jean Brody.” By the beginning of the new millennium was safely forgotten by the general public, but continued to do what she loved – a little bit in movies, and played a lot on the theatrical stages, mainly Shakespearean roles.

And suddenly – a new, stunning wave of popularity after the release of the films about Harry Potter. At the time of filming the first of them – “Harry Potter and the Philosopher’s Stone”, the actress was 67 years old! 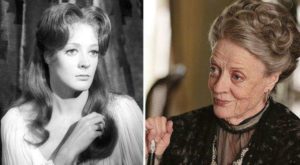 Next came the roles of Violet Crowley in “Downton Abbey,” and then the delightful and inspiring Muriel Donnelly in British director John Madden’s tragicomedy “Marigold Hotel. The Best of the Exotic.” Maggie Smith is now 82 years old. Does it surprise anyone that she’s still in the game? Not us! 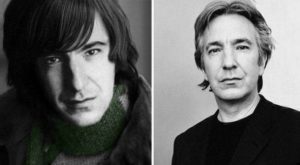 And just then fortune turned to him. He was spotted on the stage producers Joel Silver and Charles Gordon and invited to star alongside Bruce Willis in the movie Die Hard. The actor had already turned 40 when his role as the villain in the iconic action film made him a star.

The actor has long tried to star in serious roles, and it was only in the early eighties, at the suggestion of the comedy brothers Zucker and Jim Abrahams, he suddenly very dramatically changed the role. 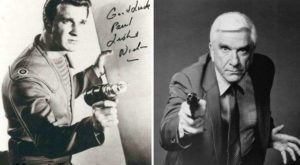 The exorbitantly serious phlegmatic hero was replaced by a restless, dull-headed playboy of retirement age. The parody of the endless detectives, spies, policemen, politicians, and cowboys that he had tried to play in all seriousness in his youth, brought the actor a resounding success.

The long-awaited fame came from an unexpected side – at age 54, Leslie Nielsen has learned from his own experience, how much this world can appreciate the ability to laugh at himself.

Compared to the other characters in this selection, Whoopi played her starring role as psychic Oda Mae Brown in Jerry Zucker’s Ghost at a very young age – just 36 – and immediately won both an Oscar and a Golden Globe for it. 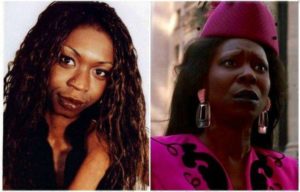 However, the actress started filming when she was already a grandmother – she was 34 when her daughter Alexandra gave birth to a girl Amara at the age of 16.

The movie “Ghost” made Whoopi Goldberg one of the brightest Hollywood stars of the 1990s. Now the actress is 61 and continues to work. In addition to movies, Whoopi is involved in television projects, is very successful and in demand as a presenter of various shows and ceremonies. In 1998 she published a book titled “The Book”, where, in her usual eccentric manner ridiculed the sanctimony of modern society.

The actress became world famous thanks to the film “The Queen”, in which she played the main role. At that time she was 61 years old. 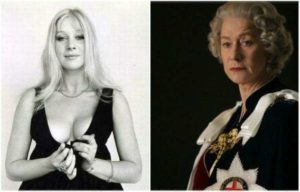 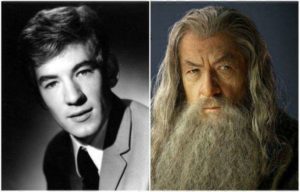 The actress became famous at the age of 61, after the release of the movie GoldenEye. It was the year of the film’s release, 1995, that can be considered the beginning of her stellar career, which continues to this day. 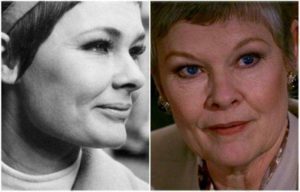 The filmography of the actress is impressive. From 1995 to 2017, she starred in 36 films. Among her roles, apart from the permanent head of the British Secret Service in “Bondiana”, the magnificently played Elizabeth I in the comedy “Shakespeare in Love” – a role that deservedly brought her an Oscar, as well as many roles in successful films such as “Jane Eyre”, “Pirates of the Caribbean”, “Marigold Hotel. The Best of the Exotic,” etc.

And all this after reaching retirement age!