For many years, Jon Bon Jovi was famous for his rock hits that topped the charts. Now the singer is using his famous voice to help the most vulnerable people through his charity, the JBJ Soul Foundation.

One of the problems the foundation addresses is homelessness, especially among veterans. Many men and women who risked their lives for their homeland find themselves on the streets without a roof over their heads. The Jovi Foundation has given $525,000 to give them that roof.

The foundation supports a permanent housing program across America. The rock musician’s money was used to open a new social home in Washington, D.C. 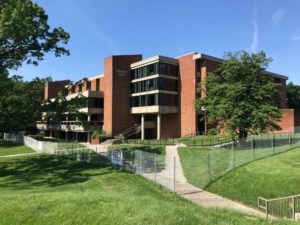 Although Jovi himself did not serve in the military, his parents were Marines. Now he wants to return the favor to those who served in the armed forces.

Many veterans come back from war with PTSD and have a hard time adjusting to civilian life. They end up unemployed and homeless.

HELP USA and the JBJ Soul Foundation have worked together to provide housing for dozens of veterans.

For example, 72-year-old Clifton Braxton, an Air Force veteran, has lived in a car and on cots with friends for nearly 25 years. Now he finally has his own brand-new apartment.

Latisha Austin, 29, became homeless in 2017 and lived in a shelter for almost a year. Now she has an apartment in a new apartment complex. The first time she saw it, she hugged the door and said: “This is mine!”

Braxton and Austin met Jovi in person as they toured their new apartments. 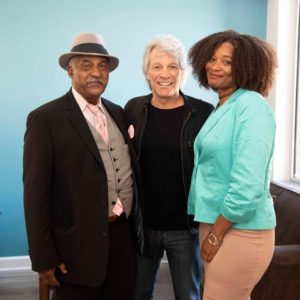 In honor of American veterans, Jon Bon Jovi wrote a new song, “Unbroken,” which is featured in a documentary about military service.

Jovi gave a special concert for members of the military at which he said:

“We love them and appreciate what they do for their country and their loved ones, who never forget them.”