Douglas was a legendary actor, known for such classic films as «Spartacus» and «The Bad and the Beautiful.» He worked with many famous directors, including Billy Wilder in the 1951 film «Ace in the Hole» and with Vincente Minnelli in the film «Lust for Life».

Kirk came from a humble background. In his youth, his father Harry emigrated from Russia and settled in Amsterdam, New York. Then Harry sent for his wife Bryna, and since he had no means of support, he bought a horse to become a drover. The actor was the only man among the six girls.

He had an unhappy childhood. During the interview, he said that in those years he and his family did not have enough food.

He stole groceries to survive, while her sisters had to beg so their mother could make soup, which the family cooked all day.

«When I was hungry, I stole food: an egg from a neighbor’s chicken or a tomato from the garden,» he admitted. «I also took fruits and vegetables from the counter.»

The star of «Paths of Glory» admitted that for years he felt guilty about it. He slept on what he called a «dilapidated sofa in the living room,» while the girls lived in two bedrooms and their parents had another one.

He was sleeping alone, and he hated that he was. The young Kirk adored his father, but felt that on his part, as a loving father, there was no reciprocity in love. 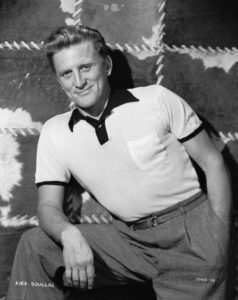 «I loved my father, but I was wondering if he loved me,» he confessed. «I wanted to earn his praise and his affection. But he was far away.»

Meanwhile, his mother worked hard to feed her family. Kirk remembered that Breena was taking care of the house, that there was no hot water, no washing machine, not even a decent kitchen.

THE BIGGEST TURNING POINT IN HIS LIFE

Kirk was a smart student and received awards during his school years. But when he graduated from high school in 1934, the actor didn’t have enough money to go to college.

So he took a leap of faith and hitchhiked to St. Lawrence’s University in Canton, New York. He took all his school awards, transcripts, essays and poems, including a letter of introduction from his Livingston English teacher.

When he arrived at the institution, he met with Dean Hewlitt, head of the faculty, and delivered his speech. Things worked out for him, because the dean helped him get a college loan. The next semester, he won a scholarship.

The actor had odd jobs after his first year to support his college education, including wrestling in a circus.He also worked in hospitality, and eventually performed at the Tamarack Playhouse in Lake Pleasant. 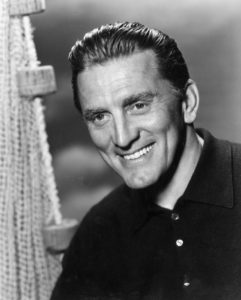 After serving in the United States Navy during World War II and a brief career on Broadway, Kirk made his first Hollywood film, «The Strange Love of Martha Ivers» (1946).

Three years later, he gave a revolutionary performance as a boxer in «Champion» in 1949. He received critical acclaim for his portrayal of Midge Kelly in the film, earning him his first Academy Award nomination.

As a result of his successful career, the Golden Age veteran and his 66-year-old wife, Anne Buydens, founded The Douglas Foundation.

Unlike him, Buydens, a philanthropist, was born amid privilege in Hanover, Germany. She lived a comfortable life until the Second World War, which divided her family and turned that abundance into difficulties.

The couple, who seemed destined to meet, shared their experiences with those around them. Through Kirk’s immense success in show business, the couple wanted to do more with their lives.

The Douglas Foundation’s primary mission is to help those who are unable to help themselves. Its primary focus is to improve health and education, promote wellness and develop new opportunities for children. 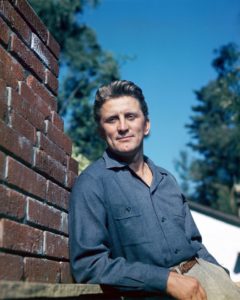 As longtime benefactors of Children’s Hospital in Los Angeles, the couple donated $2.3 million to purchase a Da Vinci robot for the hospital’s pediatric urology division in the surgery department.

The foundation, created in 1964, also supported St. Lawrence University founded in 1999, with $5 million to establish the Kirk Douglas Scholarship.

The Scholarship is for deserving students from a disadvantaged background to support them throughout their four years of college.

Kirk, one of the last surviving movie stars from Hollywood’s Golden Age, died on February 5, 2020, at his home in Beverly Hills, California. He was 103 years old.

Kirk left the bulk of his $80 million wealth to his foundation. At the time of his death, his wife Buydens survived him and remained as trustee. But she too passed away, on April 29, 2021.

The couple had two sons, Eric and Peter, a television and film producer. Kirk had two other sons from his first marriage, actor Michael Douglas and producer Joel Douglas. Neither son inherited any of his father’s immense fortune.

Michael and Joel Douglas are the sons of Kirk and his ex-wife Diana Dill, whom he married in 1943 and divorced in 1951. Michael was born in September 1944, while Joel came into the world in 1947. 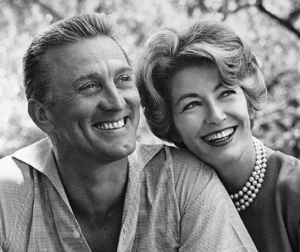 Michael is Douglas’ most famous son, considered one of the best actors of his generation. He is a two-time Oscar winner, as well as other awards: the Golden Globe, the Cecil B. DeMille and an AFI Life Achievement Award.

The actor is currently married to actress Catherine Zeta-Jones, and the couple has two children, Dylan and Carys. He also has a son named Cameron from a previous relationship.

His younger brother Joel opted to work behind the camera, unlike him. The Los Angeles native worked on such classic films as «The Jewel of the Nile» and «One Flew Over the Cuckoo’s Nest.»

Joel has been married four times, most recently in 2004 when he exchanged wedding vows with Jo Ann Savitt. His fourth wife tragically passed away in 2013.

From Kirk Douglas’ second marriage to Buydens, whom he married in 1954 and stayed with until his death, two sons were born. The eldest, Peter, was born in November 1955. Like the rest of his family, he also found a path in show business and is an actor and producer. 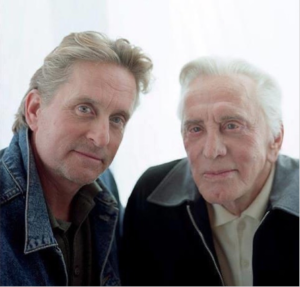 The 66-year-old actor worked on projects such as «Whip It» and «Fletch» and even bagged the prestigious Primetime Emmy Award for his stellar work in the 1988 TV movie «Inherit the Wind.» Today, Peter is a family man with four children and is married to Lisa Schroeder.

The couple’s second son, Eric, arrived in June 1958. He was an actor and comedian. Eric appeared in films such as «Honor Bound» and «Highway to Heaven.»

However, his career hit rock bottom when he had a run-in with the law, including problems with drugs and alcohol. The youngest member of the Douglas family died in 2004 of an accidental overdose.

Following his father’s death, his mother died shortly thereafter at their Beverly Hills home. Buydens was 102. Spokeswoman Marcia Newberger did not disclose the cause of death at the time.