Although he became a child star, his career began to stagnate when his parents separated and began to fight over custody and who would manage Macaulay Culkin’s career and fortune.

Macaulay Culkin removed his parents’ names from his foundation trust and let a lawyer handle the situation. Years later, his father revealed that he no longer considered Macaulay Culkin his son. 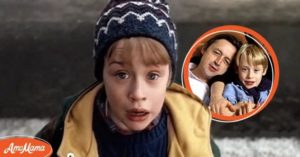 Macaulay Carson Culkin was born on August 26, 1980 in New York. He is the son of Christopher Cornelius «Kit» Culkin, a former Broadway actor, and Patricia Brentrup. His parents, however, have never been married.

Macaulay is the third of seven children. His brothers Kieran and Rory, as well as his sister Quinn, are also actors. Macaulay began his career at the age of four when he appeared in the theatrical production of «Bach Babies».

He began studying the performing arts as a child and trained at Balanchine’s American Ballet School while appearing in numerous television commercials.

He made his film debut in 1988 in the drama «Rocket Gibraltar». He also appeared in «See You in the Morning» and «Uncle Buck» the following year.

In 1990, he became famous for the lead role of Kevin McCallister in the comedy «Home Alone». The film was an international success, and Macaulay suddenly became a young star.

For his role, he won an American Comedy Award, a Young Artist Award and was nominated for a Golden Globe. In 1992, he reprised his role in «Home Alone 2: Lost in New York», another worldwide success. 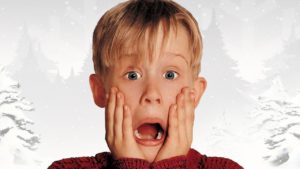 The following year, he appeared in «Getting Even with Dad», «The Pagemaster» and «Richie Rich». After the last film, he got tired of acting and wanted to have a normal life.

In 1995, his parents separated, which led to a long custody battle that lasted two years. During this time, Macaulay, who had become the highest paid child star, decided not to take on any new roles until his parents settled their custody dispute. 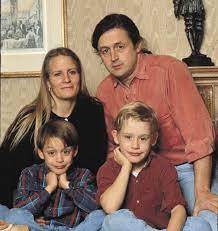 Macaulay was only 14 years old when his parents, Kit and Brentrup, separated in 1995 after being together for over 20 years.

The actor’s parents were also his managers. Their separation led to them fighting over the raising of their children and the management of Macaulay’s burgeoning career. 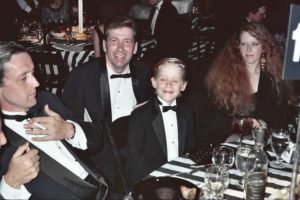 In June 1995, Brentrup filed for temporary custody of Macaulay and his siblings because she accused Kit of abandonment, physical abuse, excessive drinking and unfaithful behavior.

She feared that Kit’s behavior would scare off potential employees who wanted to work with their children again. However, while Brentrup requested sole custody, Kit requested co-management and joint custody with Brentrup.

Producers accused Kit of harassment, extortion and blackmail. His reputation was so bad that he was described as the «Stage Father from Hell.

Kit had threatened to pull Macaulay from the sequel «Home Alone» if he wasn’t given a serious role in «The Good Son.» The drama with his father made producers and directors think twice about hiring Macaulay and his siblings.

Macaulay revealed that he and his siblings did not want to go with their father during the custody battle. He thought his father was a pathetic man.

As his parents fought in court, Macaulay made the impartial decision to remove Kit and Brentrup from his trust fund. He stated:

«I legally removed my parents’ names from my trust fund and found an executor, someone who would handle my finances.»

While the press has misinterpreted this decision, he believes it brought their custody battle to a much quicker end. Note that it was Brentrup who ultimately won custody. 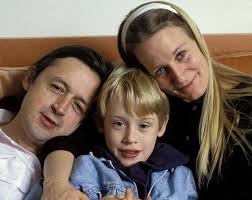 After the long battle, his father, who suffered a stroke while cooking dinner in January 2014, had no sweet words for Macaulay. He said:

«I don’t think of him as a son anymore.»

After their separation, Kit decided to move out west with his partner Jeanette Krylowski. He also resigned himself to never seeing his children again. 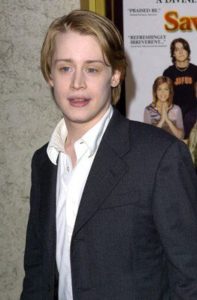 Macaulay became a father on April 5, 2021. He and his girlfriend Brenda Song became first-time parents to a boy named Dakota Song Culkin in Los Angeles.

Their son was named after Macaulay’s sister Dakota, who died at age 29 on Dec. 9, 2008 in a car accident. Macaulay and Song met in Thailand on the set of «Changeland.»

A year after they started dating, Macaulay revealed that he and the former Disney Channel star were ready to start a family. Before he started dating Song, he was married to actress Rachel Miner in 1998. They divorced in 2002, after two years of separation. 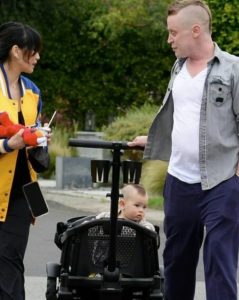 In recent years, we’ve seen more of Macaulay making his comeback on the scene. In October 2021, he said on Twitter that he would not appear in Disney+’s reboot of «Home Alone.»

In November 2021, Macaulay walked the runway for Gucci in a vibrant outfit for the Gucci Love Parade on Hollywood Boulevard.

He wore camel beige wide-leg pants paired with a Hawaiian shirt under a bright floral bomber jacket. With his hands tucked into his pockets, Macaulay showed off his cream colored Gucci double G leather belt. 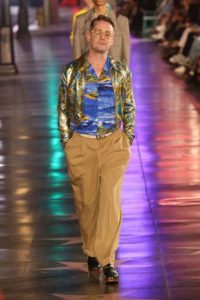 He finished his vintage vacation look with a pair of clogs and caramel tinted seventies style sunglasses.

While it’s normal for fans to see their favorite actors on the catwalk, Macaulay took his fans by surprise with his outing as he shared the podium with Jared Leto and Jodie Turner-Smith.