In 1994, the big event was the World Music Awards ceremony when Patrick Swayze danced with his wife Lisa Neame to the song “All The Man That I Need” by Whitney Houston for the first time on the international TV scene.

It had only been a few years since the release of the then highly acclaimed film Dirty Dancing. Patrick was at the height of his unthinkable popularity, which is why the dance made a lasting impression. 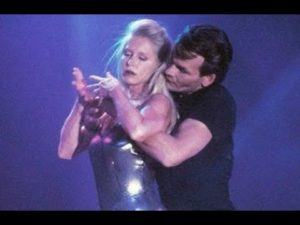 Although Dirty Dancing was originally conceived as a low-budget film, the skill of the main actors made it one of the highest-grossing films at the box office worldwide and from 1987 to 2009 it was the most purchased film for home viewing around the world. This film and its brightest star, the beautiful actor and passionate dancer Patrick Swayze, will remain in our hearts forever. 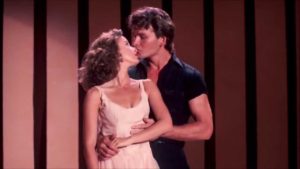 And today, that video is having an even more powerful effect, after Swayze’s death in 2009.
The harmonious and effortless movements of the dance make it clear that there was a truly incredible spiritual connection between them. That Patrick loved his wife very much was known to everyone around him. And their love didn’t diminish for a second in all of their 24 years together.
They first met back in 1970. Patrick was only 18 at the time, and Lisa came to study dance with his mother. 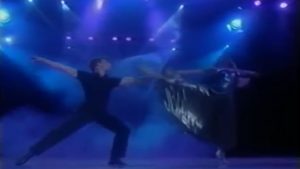 Did you notice how enthusiastically Whitney Houston reacted and applauded after the dance? That’s fantastic!

Patrick and Lisa’s marriage was definitely a match made in heaven! Did you enjoy this amazing couple’s extravaganza?