It has been a difficult few weeks for Colombian singer Shakira with her father being readmitted to hospital. William Mebarak Chadid, 91, was first admitted to the hospital in June after contracting COVID-19, followed by a bad fall.

In an emotional video recently shared by the artist on her Instagram, the “Don’t You Worry” performer is seen helping her father with his physical therapy sessions while a doctor supervises. The singer has had to juggle her music career, her family life and visiting her father in the hospital, which couldn’t be easy for her. In the video posted on November 1, Shakira :wrote.

“And life is something that happens between hospital visits and Halloween costumes.”

However, it”s not all doom and gloom. The singer could be seen celebrating and kissing her father’s feet after he just lifted them off the ground.

According to Shakira’s mother, Nidia Ripoll, William is now in stable condition. However, the family is not sure when he will be discharged from the hospital.

Nidia also said that William had received many visitors at the hospital, including Shakira’s ex, Gerard Piqué.

What’s going on between Shakira and Gerard Piqué?

Although Piqué told reporters that he and Shakira were still family when he visited William in the hospital, they have not been together for months.

Although their love story did not culminate in wedding bells, Shakira and Piqué were together for 12 years and have two sons, Milan and Sasha.

Speaking to Elle, Shakira revealed that she had suspended her career and gone to Spain to support Pique’s soccer career. She shared that it had been a sacrifice of love, but it allowed her to be present for her children. She could have chosen to move to the United States, where her chance for a better career was evident. Unfortunately, in June, Spanish media published unsavory photos of a 23-year-old student, Clara Chia Marti, at the Summerfest Ceranya festival. That put an end to a romance that had lasted longer than many Hollywood marriages.

In September, Shakira confessed that it was very difficult for her to talk about her situation, especially since it was the first time she had broached the subject since the photos surfaced.

“It’s been difficult not only for me but also for my children. Incredibly difficult.”

She said she was pushing through her pain and being strong for those who depended on her. In the future, she would focus on being an excellent role model for her children, who looked up to her. 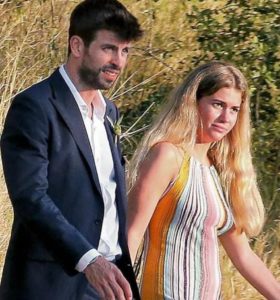 How does Shakira raise her children?

Shakira is as quick as a deer when it comes to busting dance moves, and her voice, for decades, has remained unmatched. However, when it comes to parenting, she admits it’s the most challenging thing she’s ever done.

She told People that she had performed in front of millions of audiences and met world leaders. However, becoming a mother made her more uncomfortable. 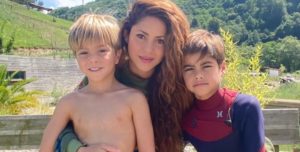 Raising two children, especially with her separated from her ex-partner, is not easy, and every day is an opportunity for her to improve her parenting skills.

Shakira, however, seems to be doing a stellar job, and her children have grown into adorable young men with their own interests. Milan loves surfing and is a talented pianist, while Sasha has taken up karate and even won in a martial arts tournament.