The “Basic Instinct” actress has used her social media to raise awareness about health issues after a terrible misdiagnosis.

Sharon took to her Instagram Stories to urge her followers to always seek second opinions from doctors. The celebrity revealed that she was misdiagnosed and had to undergo the wrong procedure before seeking a second opinion. That’s when she discovered she had a large fibroid tumor that needed to be removed. She advised:

“Especially women: don’t be fooled. Get a second opinion. It can save your life.”

All seemed to end well, as he concluded her post with good news, noting that she had since received proper care and would be recovering in about a month. She ended by saying:

“Thank you for your concern. Everything is fine.” 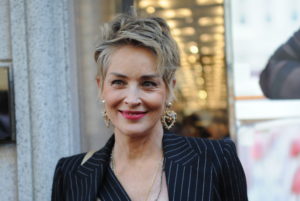 Sharon Stone suffered a brain hemorrhage: how did she survive?

Her recent medical problems are not the first the “The Specialist” actress has faced. Speaking to Today’s Willie Geist, Stone recalled a decades-old case in which she suffered a brain hemorrhage that lasted nine days.

She recalled calling her mother and telling her to get to the hospital as soon as possible. Asked what she felt at the time, Stone revealed that the room was silent and that, to her, was a sign that everything was going wrong.

For Sharon, a silent room meant that no one was rushing to cure her. That could only mean that the situation was very serious, and that she was close to death.

Fortunately, the celebrity recovered. But unfortunately, her career suffered while she was in recovery. It took her a long time to get back on her feet. However, Stone prefers to consider her experience as a lesson. Today she enjoys life to the fullest and loves spending quality time with her children.

Sharon Stone is the mother of 3 children: Who are they?

One of the benefits of Sharon’s recovery is that she learned what was important in life. She is more grateful for what she calls her “second life” and says she is happiest spending time with the people she cares about: her sons Roan, Laird and Quinn.

During her 2017 Mother of the Year Award acceptance speech, Stone revealed that while motherhood hadn’t been easy, it came with love. She said they were a happy-go-lucky family, noting that she and her children will always say yes to love. 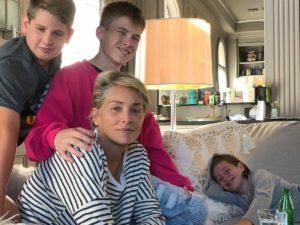 The love between mother and sons is mutual, and the boys refer to her as a wonderful, caring and loving person. Roan says his mother has taught him valuable life lessons, such as treating people the way you would want to be treated.

“I have more love, help, friendship and kindness than at any other time in my life.”