A dog named Mambo nearly lost his life in 2009 in the most horrific way imaginable. He was cruelly treated by two young men.

The oldest was sentenced to one year in prison plus a fine of 6,000 euros, while the youngest went to juvenile court. 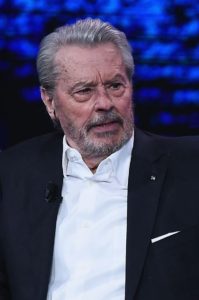 Several groups on the social network Facebook have been dedicated to Mambo and his tragic story. In all, 11,000 people have signed the petition asking that this serious act not go unpunished.

As for the brave dog, he was taken in by Dany and René Goizé, where other little friends were waiting for him. Indeed, Mambo was able to live happily with two other dogs, Boogie and Rocky.

He gradually recovered from his injuries, although the burn marks remained. 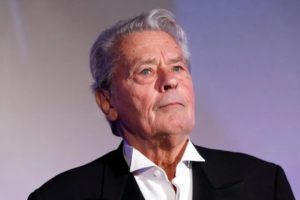 When Mambo’s moving story became public, many people reached out to help his new foster family. Among them was the actor Alain Delon.

Those who do not know him may be surprised by his gesture. Indeed, the one who had the most beautiful women in his arms is in fact an animal lover.

Romy Schneider’s ex-companion wished with all his heart “to see Mambo”. And precisely, his wish came true. The owners of the dog agreed to welcome him on the same day of his birthday, that is, Friday, November 8, 2013.

It was a “great gift” for the famous actor. 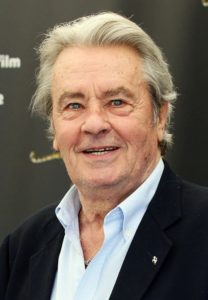 The three celebrities were on stage at the Palais des Congrès in Perpignan the day before the meeting where Alain Delon revealed his wish. As a reminder, Michel and Brigitte, in addition to Zinedine Zidane, other animal rights activists have also contributed to help the little dog and his owners.

It is necessary to note that by learning the history of the small pinscher, Alain Delon has, him also, to take part in the rescue of Mambo. He had indeed sent his trusted veterinarian to assist and take care of Mambo.

Thanks to his gesture, to those of other people and especially to the dog’s foster family, he was able to survive. In all, more than 10,000 euros were collected so that the dog could have a good life. 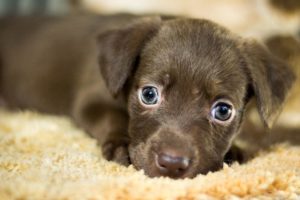 Interviewed by the newspaper L’Indépendant in 2013, Alain Delon also made revelations about his love for animals. Moreover, this passion for “animals” is one of the reasons why Brigitte Bardot and the actor of “Rocco and his brothers” are long-time friends.

Alain Delon also built an animal cemetery and chapel. By 2019, 45 dogs were buried there.

Given his devotion to animals, it is only natural that he wished to hold Mambo, the mascot, in his arms. Sadly, on September 15, 2022, the little dog passed away at the age of 16.

CELEBRITIES 0 33 views
Denzel Washington is one of those actors who needs no introduction. His awards and