On The Graham Norton Show, Daniel Radcliffe told how he was once mistaken for a homeless man. The star of “Harry Potter” went for a walk with his girlfriend and dog. The actor’s companion went into a store, and the guy sat down and hugged the dog.

“I was wearing a sweatshirt and a big jacket over it, and the dog was freezing, so I figured I should sit down and warm her up,” he says. 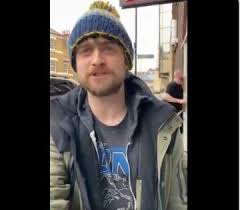 At one point a young man came up to him and handed the actor five dollars with the words: “Buy yourself a coffee, buddy.”

And although Radcliffe claims that he was well dressed, for him, the incident served as a wake-up call. Perhaps, he thought, it is necessary to shave more often. True, then the actor tried to shift the blame for the incident on the dog. But we know that the dog was not at all to blame. 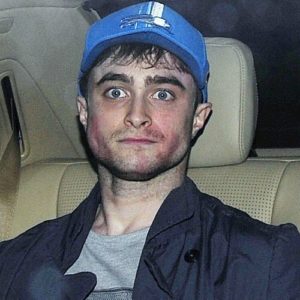 And who wouldn’t be confused. There is nothing left of the old Harry Potter. Radcliffe himself admits that in the sixth film “Harry Potter and the Half-Blood Prince” he often acted drunk. And in general, he began using alcohol early for inspiration and relaxation from stress. And although the actor claims that long ago got rid of this ugly habit, he does not look good. Here and people around him confirm it. And that’s a sure signal, Radcliffe. Think about it before it’s too late!

CELEBRITIES 0 50 views
Antoine is no longer to be introduced to fans of 60’s music. If he

CELEBRITIES 0 65 views
Catherine Zeta-Jones was born in a small town in Wales, England. She became a

CELEBRITIES 0 62 views
Julia Roberts: “Perfection is a disease of many nations. We cover our faces with

CELEBRITIES 0 65 views
According to WHO statistics, one in 160 children is born with an autism spectrum