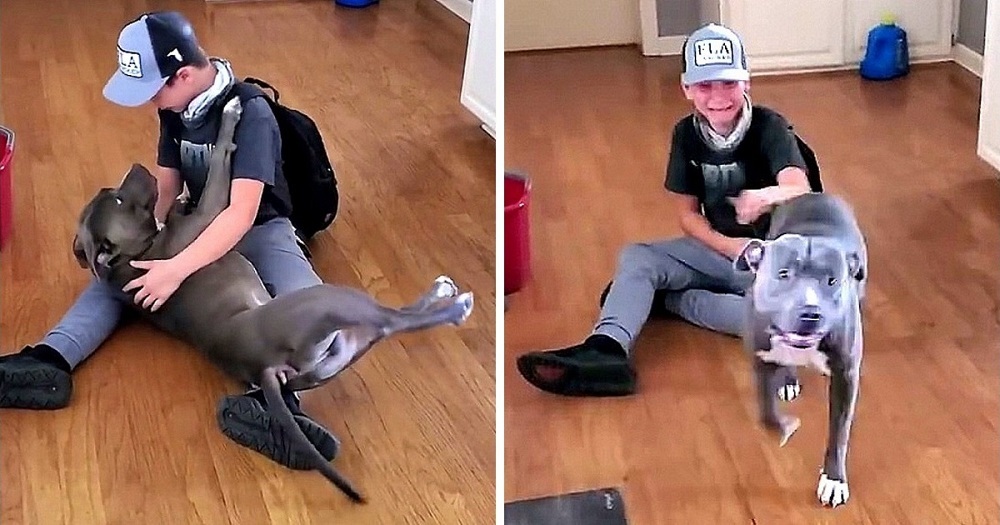 For the Bandy family from Florida, their 2 dogs meant the world to them and having one of them go missing was their worst nightmare.

Their gray Pit Bull named Bruiser had taken off while chasing a rabbit, and had not been seen since then. The family was crushed over Bruiser’s sudden disappearance, and their 10-year-old son, Tyler, was inconsolable. 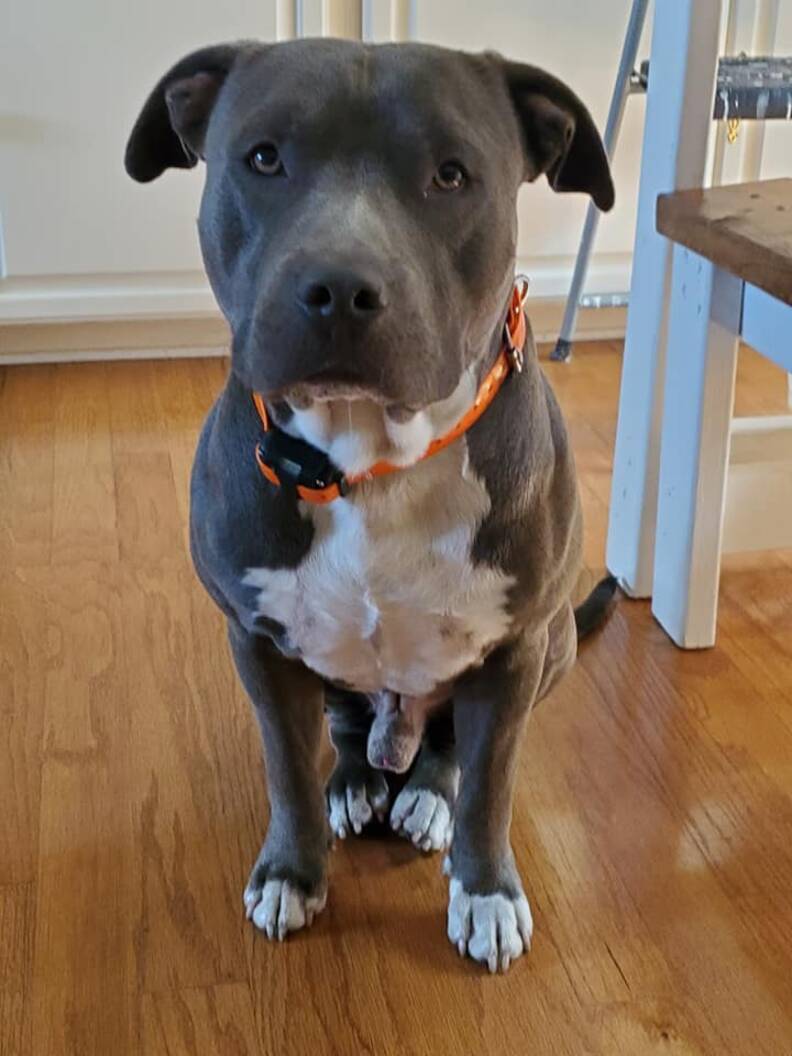 The family tried to lure him back by leaving a towel with a familiar scent outside their Fort Meade home but that didn’t work.

They also put up flyers offering a reward as well as lots of Facebook posts hoping someone would find their dog.

Bruiser’s family were “starting to lose hope” and beginning to think that they would never see their believed dog again after weeks of searching.

However, a miracle happened when the family received a call from the authorities at Highlands County! As it turns out, someone on the way to Highlands County had found a wandering Bruiser and handed him over to the animal services there.

Having seen Bruiser’s missing posts circulating on social media before, the staff immediately reached out to the Bandy family to confirm that they had found their lost pooch!

Jamie Bandy decided that she would surprise her 10-year-old son Tyler with Bruiser’s return to make their reunion extra special. Tyler had also just recently asked about Bruiser.They didn’t tell Tyler about the happy development.The family decided to get the reunion on video. 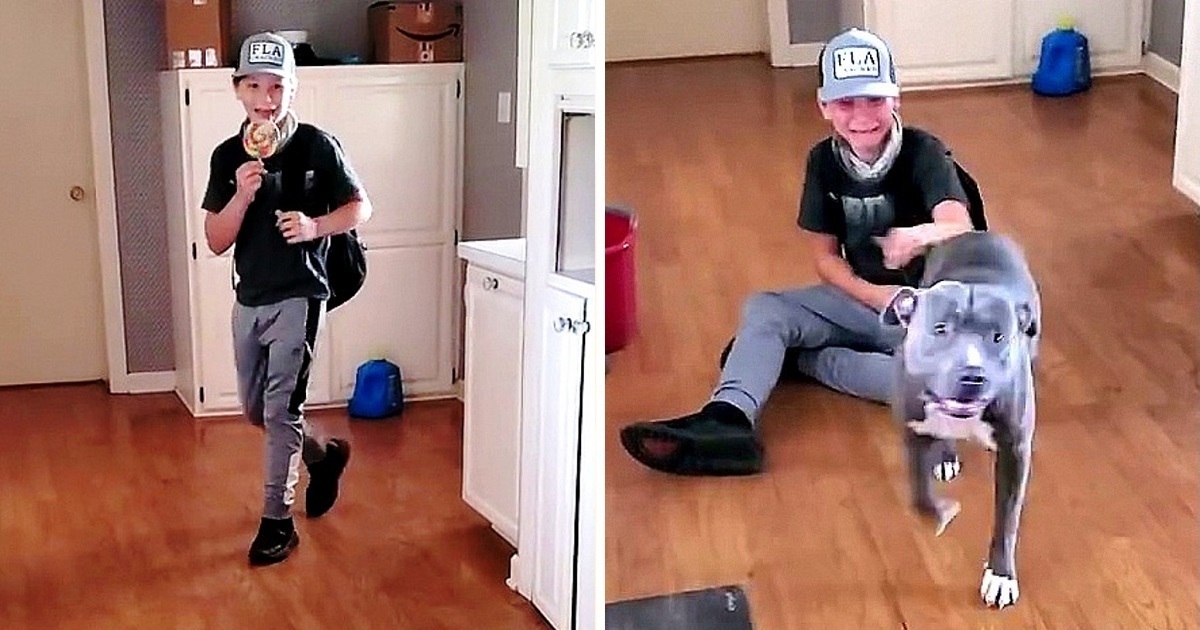 In this video, we see Tyler snacking nonchalantly as he enters home – completely oblivious that Bruiser is waiting inside to greet him!

“Bruiser!” he says smiling as the dog jumps all over him.

He puts his lollipop down and drops to his knees to hug his dog who is covering him with kisses.
The sweet boy tears up as he nuzzles his dog’s head with his.Tyler is overcome with emotion and just sits on the floor and cries.