“That day Azamat came to visit his grandmother in the village. He was playing with the local kids on the bank of the river. Thirteen-year-old Milana could not swim, but decided to jump into the river to measure the depth. But the water did not forgive this prank, and the girl went down. Fortunately, my son didn’t chicken out and jumped in after her,” said Elsa, the young hero’s mother.

“It’s about four meters deep, and he wasn’t scared, he jumped in after the girl.” 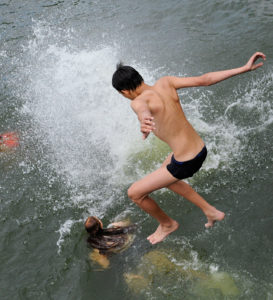 The boy grabbed Milana by the hair and pulled her to shore. At that moment the adults also came to help. They helped the little lifeguard pull the girl out of the water.

“We carried Milana to the shore. She had swallowed a lot of water. We brought her to her senses. Luckily she wasn’t hurt,” Elsa said. The boy’s mother said in confidence that Azamat is a fighter by nature. He is seriously engaged in sports – he goes to the wrestling section. And recently he took third place in the Sabantuy competition. The family is proud of the little hero, and the boy says he could not have done otherwise. 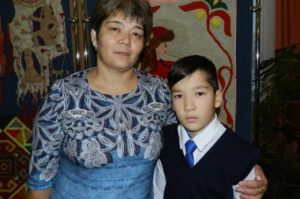