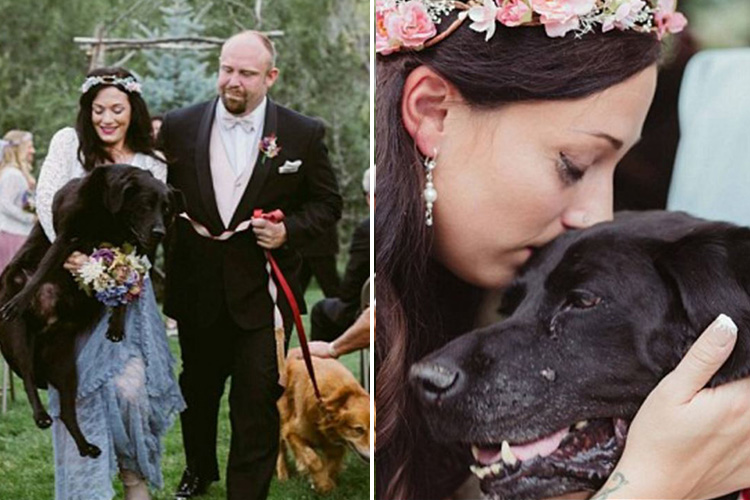 Dogs are without a doubt the most loyal and kind creatures on Earth. And the connection that connects a person and his four-legged companion is difficult to describe in words. And this beautiful story is about love and a deep connection between a man and a dog. 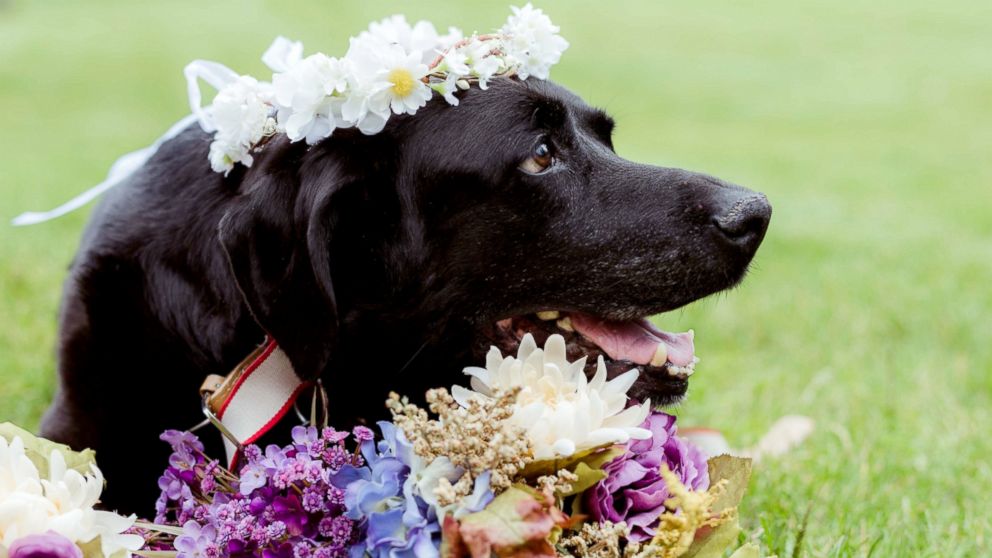 Kelly O’Connell and her beloved puppy, Charlie Bear, met 15 years ago. Then a 19-year-old girl worked as a volunteer at a local animal shelter in New York State. Charlie was only 12 weeks old when he was taken to a shelter after some people found him freezing in a shopping cart. Even though Kelly wasn’t looking to adopt a dog at that time, when she saw the little one she knew it was meant to be. “He came in, and I was like, ‘Yup. I’m taking this puppy home,’”she recalls.

A few years later, Kelly, who graduated from veterinary school, moved to Colorado, where she met James Garvin (also a veterinarian). It was love at first sight. And soon after they met, they decided to live together (and, of course, Charlie too). Soon Kelly and James decided to get married. Of course, they wanted Charlie to be there too. But, unfortunately, a 15-year-old dog was diagnosed with a brain disease. His condition was deteriorating and he was very weak.

His human parents feared he won’t be able to be there on their wedding day. “I had actually made an appointment for somebody to come to the house and we were going to put him down a week before the wedding, because he had had five seizures and we were just like ‘this is too much, I don’t want to do this for him anymore,” Kelly said! 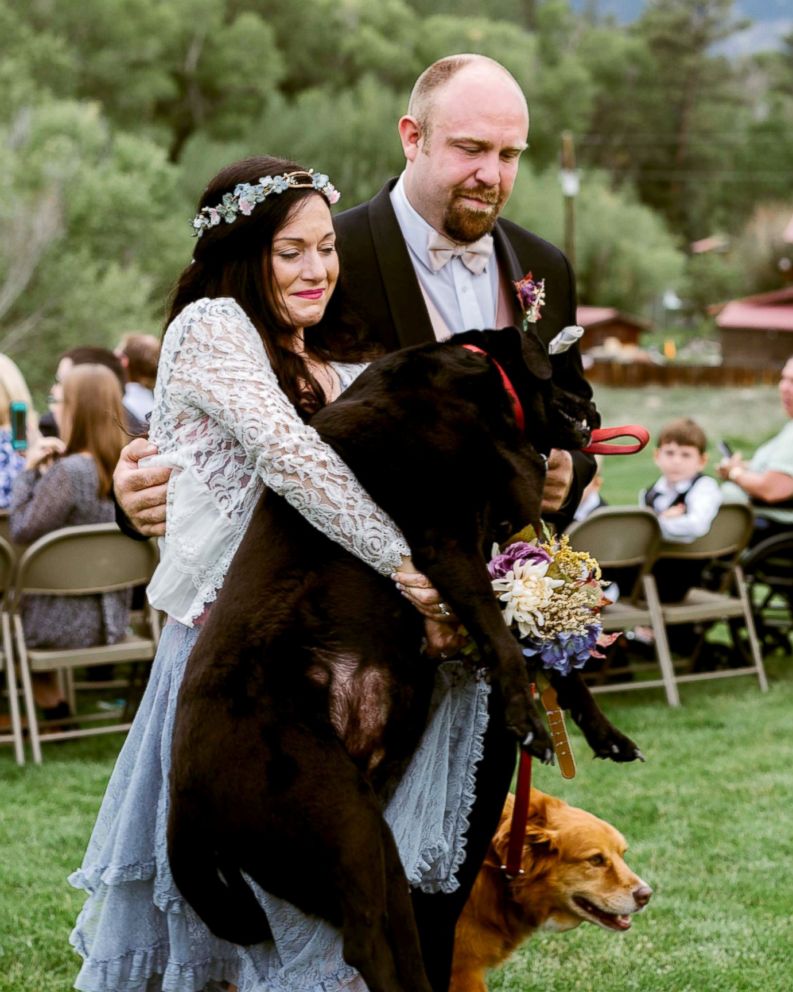 Miraculously, a week before the wedding, Charlie got better. “In the end, it was like he said, ‘No, I want to see this,'” the woman said. “He recovered. He seemed like a perfectly healthy dog.”

Charlie attended the wedding of his loved ones, and the moments they shared were so touching. 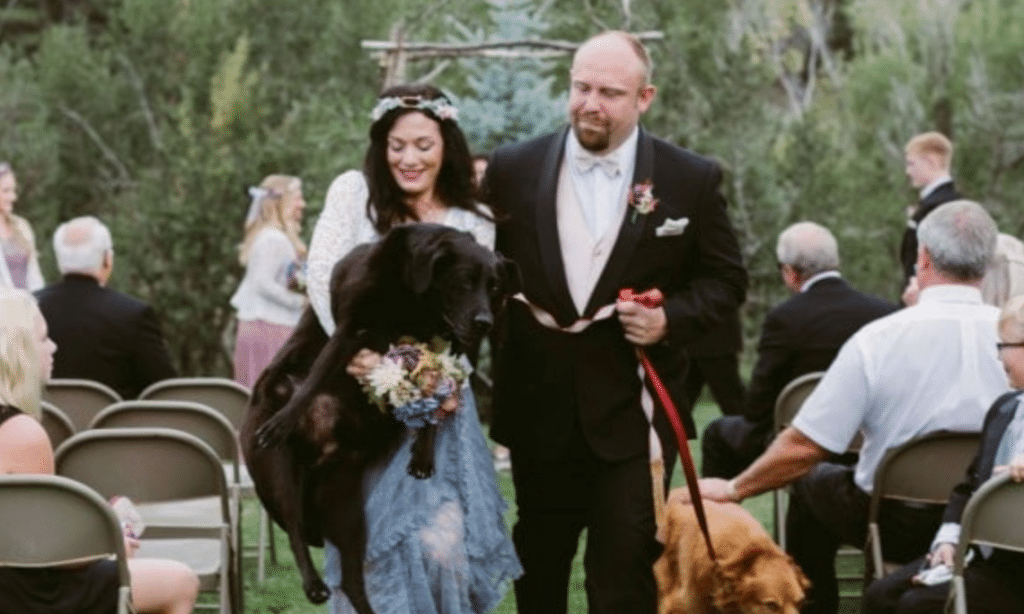 A week after, Charlie was put down and died peacefully, surrounded by his loving family. He’ll always be in Kelly and Jason’s memory! “It was a phenomenal 15 years. That’s for sure,” Kelly said.