Seven-year-old Luke saw how exhausted his mother Angela was coming home from work, working two jobs to make ends meet. She had just divorced his father, Kyle, who Luke said was not above reproach. He saw how much his mother was suffering, especially when her father stopped giving them money, and she had to look for a second job.

«Mrs. Callahan is right next door if you need anything. But never go out alone when I’m at work. I’m sorry to leave you alone. But you understand that, right?» said Angela, and Luke nodded in response. 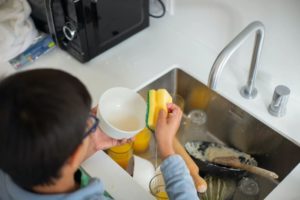 As a result of this situation, Luke has become more mature than he should be at his age. He decided to make himself useful at home to ease his mother’s pain.

When he came home from school (which, fortunately, was close to their house), he would do his homework. Then he would clean up what he could, wash the dishes, and make simple dinners so that his mother would have something hot to eat when she returned.

Angela was very grateful, although she often felt guilty. She told Luke that he didn’t need to do so much housework. However, the boy wanted to be more responsible.

One day, he wanted to clean the windows and called her at work to ask what cleaning product would work best.

«What? You’re cleaning the windows? No, Luke, that’s too dangerous! And those products are tricky to handle. No, I’ll take care of it this weekend,» Angela replied. «Just give me a second, honey.» 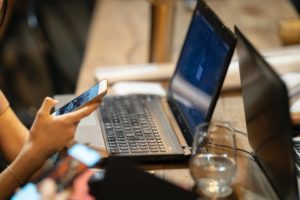 Luke heard a male voice through the phone. «What’s going on, Angela?»

«Mr. Murphy, I’m sorry. My son called because he wanted to clean the windows. Can you believe that? He’s only seven years old and he already wants to have adult responsibilities. That’s so sweet,» his mother replied. Her voice seemed to trail off as she didn’t speak directly into the phone.

Angela began to speak up. «Luke, please don’t clean the windows. Just focus on your homework. And how about some turkey sandwiches for dinner tonight? That’s more than enough,» Angela told him. 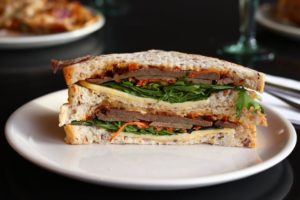 Luke didn’t want to listen to his mother, but she was right. Those cleaning products could be dangerous, and climbing a ladder to clean wasn’t a very good idea either. So, instead, he made sandwiches and watched TV until his mom got back. At least she wasn’t working on the weekend, and the next day they would get to spend a lot of time together.

The next morning, they were eating cereal in their kitchen when the doorbell rang. Angela was embarrassed, but she finally went to see who was ringing. She was surprised to see her boss standing outside.

«Mr. Murphy, what are you doing here? And what are you wearing?» she asked, surprised. Luke’s curiosity drove him closer to the door to see what it was all about.

A man he had never seen before was dressed in overalls and work boots. He was carrying a mop and a bucket of cleaning supplies. He also had a huge smile on his face.

He saw Luke and smiled at the child. 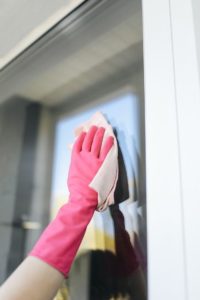 Angela tried to refuse her boss’s offer, but the boss insisted and came into the house and asked Luke to wear proper work attire.

This was the first time Luke had seen a man volunteer to work in the house. His father was not the nicest of men. So he ran to his room and changed.

Together, the three of them cleaned the windows, and Alex was incredibly patient and funny with Luke. Angela served them lunch, but Alex also stayed for dinner. It was one of the best days of Luke’s life, although it was hard work.

Over the next few days, Alex visited them and the boy liked it. A few months later, Angela confessed that they were a couple, and Luke was happy. After that, Alex proposed to her, and they moved into his house. 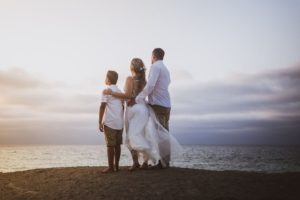 Luke walked his mother down the aisle on her wedding day, and Alex became the best male figure in his life. The only man he considered a real father.