Jack Mason helped unload the new consignment items that had arrived that morning, and stacked them in rows with the help of delivery people. As the owner of a grocery store in Ohio, Jack spent his Wednesday mornings collecting fresh produce from the back entrance of the store and putting it away before opening his store.

On this day, after receiving the goods, Jack thanked the delivery men and was about to head for the front entrance of the store when a child’s voice caught his attention.

“Excuse me, sir,” the voice said. “Can I get a job here in exchange for food?” 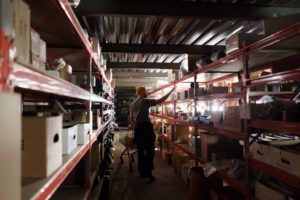 Jack turned around and saw a well-dressed young boy, no older than 10, standing behind him. He didn’t look homeless or poor, so Jack wondered why this child needed a job in his store.

“I’m not asking you to pay me, but I need food, and I’ll do whatever you ask. My name is Benny,” he introduced himself.

“Listen, kid,” said Jack. “I don’t know… honestly, you don’t look like someone who needs a job. What’s going on?”

“How about you tell me first if I can get a job here? I don’t have time to waste,” the young boy replied.

Jack looked him over from head to toe and thought. “Okay, okay, don’t worry too much about it. Can you put the vegetables away on the shelf?” 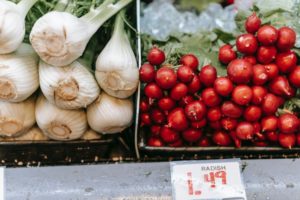 Benny followed Jack into the store, where Jack explained what he needed to do. As Benny began to place vegetables on the shelf, Jack watched him carefully behind his counter. He was still confused as to why a boy who seemed well off would work in his store in exchange for food. He approached Benny again when he couldn’t resist getting the answer to his question.

“So, do you live nearby? Does your family need help?” he asked Benny nonchalantly.

“I live in this neighborhood,” he replied. “My father doesn’t give me food. He says I have to be a man and take care of myself, so I work in your store. Is there anything else I need to do after I finish sorting them?” asked Benny as he arranged the last shelf.

“No, I think that’s enough for the first day. Come to the counter and get your food once you’re done.” 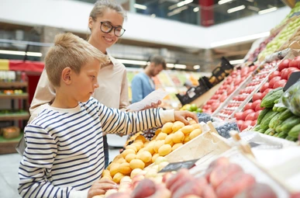 Benny finished his work diligently and got his food before leaving the store that day. Jack was concerned that Benny’s father would mistreat him, so he decided to follow the young boy.

Jack had his staff take care of the store, got in his car, and followed Benny from a distance so the boy wouldn’t notice him. After a few minutes, he saw Benny heading toward a deserted area consisting only of old buildings.

Jack stopped when he saw Benny pull up in front of a dilapidated house. He expected Benny to walk in, but that didn’t happen. Instead, the boy left the food outside the house and walked away.

“Why would he just leave the food there?”, Jack wondered. He started his car and continued to follow Benny. After about 15 minutes, the little boy stopped in front of a luxurious house with a huge garden, and Jack saw that several people were busy working in the house’s grounds.

Such a house could only belong to a rich man, probably a millionaire, Jack thought. 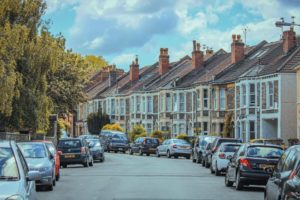 When the gardener saw Benny, he greeted him and Benny went into the house. Jack realized that Benny had not taken the food for him. He lied about his father abusing him. He wanted to know the truth, so when Benny came to his store the next day, he confronted him.

“So…” he began as Benny put away the vegetable shelf. “Did you like the food I gave you yesterday, Benny?”

“Yes, it was good…” replied Benny in a monotone. “I think I’ll be done early today. If I do extra work, will I also get extra food?”

“Well, you can have as much food as you want, Benny, if you’re honest with me and tell me why you left the food in front of an old house yesterday.”

“You followed me?” Benny looked accusingly at Jack. “Why?”

“Well, yes, I did, so it would be best if you told me what’s going on. Why are you working here? See, you can be honest with me, and I promise I’ll help you.” 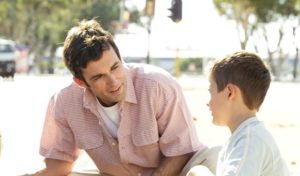 Benny bowed his head and sighed, finally admitting the truth.

That day, Benny took Jack to the old house and introduced him to a little boy named Harry. He was five years old and poor. Harry and Benny first met when Harry was begging on the streets, and Benny wanted to help him. So he brought him food and clothes. But his father forbade him to do so.

“You better stay away from the dirt outside, Benny! You’re not helping him! Don’t forget you’re the son of a millionaire!”

But Benny didn’t listen to his father.

“I took the job so I could help Harry. He has no one to take care of him. His mother is sick and his father passed away several years ago…”

Jack felt bad for Harry, and he was proud that Benny cared enough to help someone in need. 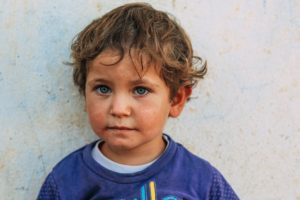 He thought for a while and came up with an idea. He employed Harry in his store and gave him easy jobs like stocking shelves and taking the garbage to the trash can. In exchange, he gave him generous compensation and food.

Benny also continued to help Jack at the store, and in return, he asked Jack to give Harry food.

Over time, Benny, Harry and Jack became good friends. Jack sometimes liked to give the two boys ice cream after work, and on weekends they played soccer in their neighborhood park.