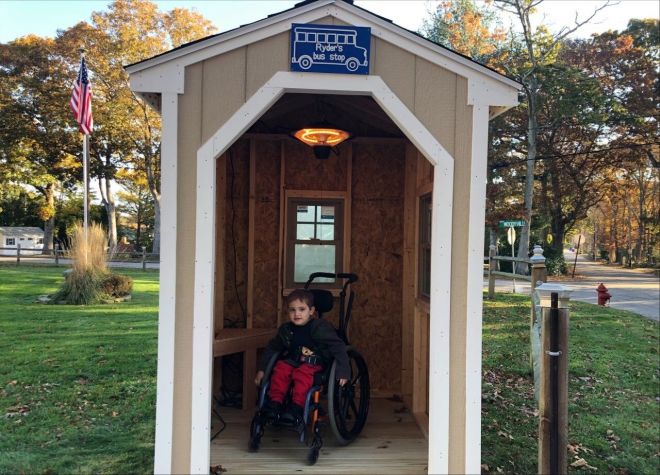 Rider Kilam from Bradford (USA) was born with spina bifida and has been using a wheelchair since the age of two. He often got wet on the street while waiting for the school bus. The problem was solved by social networks, a local school teacher and his wards studying carpentry. 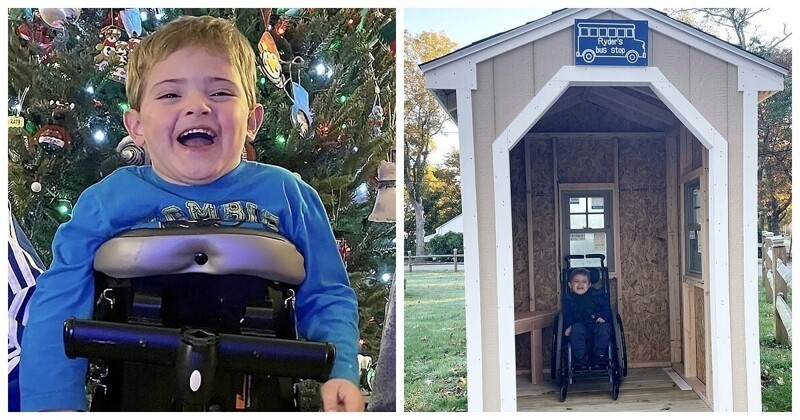 The boy’s father, Tim, initially tried to solve the problem on his own. He set up a large umbrella by the road, under which the Rider hid from the weather, waiting for the bus. But it didn’t help. 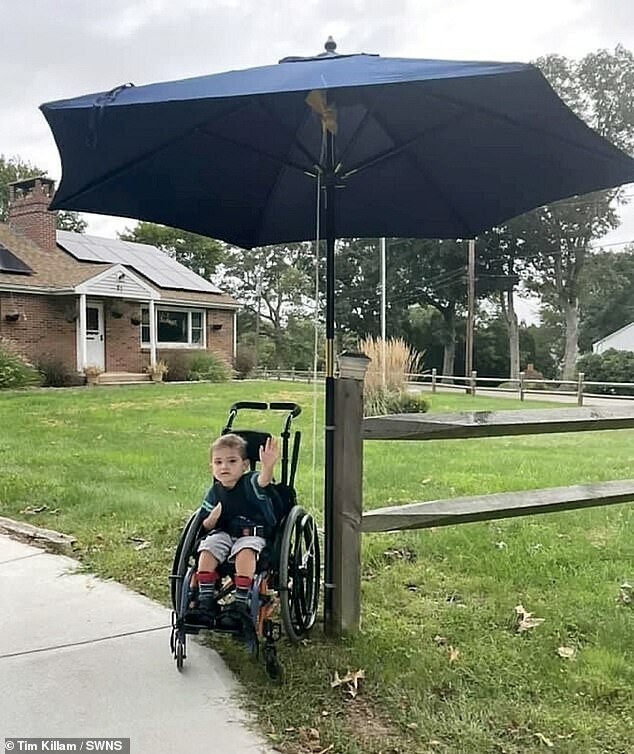 Then Tim wrote a Facebook post asking for help. Maybe someone already has a ready-made shed for these purposes and it is not needed.

Local school teacher Dan McCann responded to the post. He gathered a group of his teenage students who are just learning woodworking and construction technologies. Together they built a bus stop for Ryder. 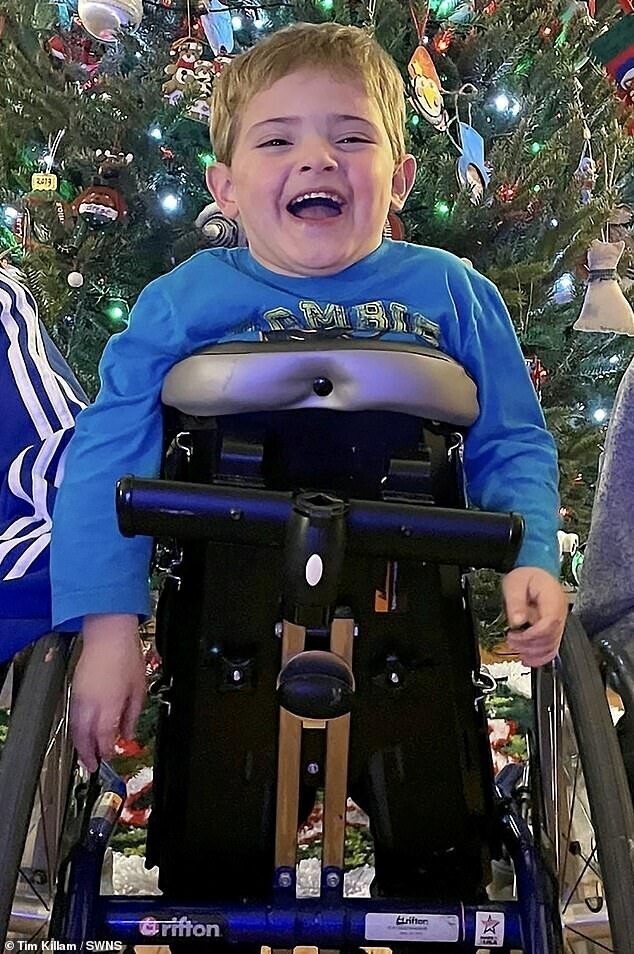 The little boy is delighted with this house. According to his father, “he hangs out in it all the time.” The dimensions of the building are 1.5 meters by 2.5 meters. There is enough space for both a Rider’s wheelchair and an adult escort. 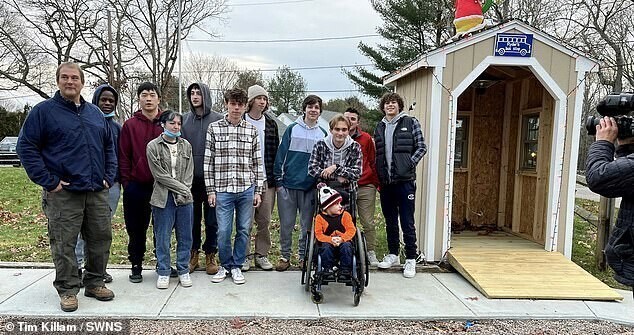 Students from three grades of secondary school worked on the project. Dan McCain has been teaching construction technology there for 27 years.

About $300 worth of wood was donated by Home Depot. The remaining expenses ($600) were covered by the boy’s father. The construction took six weeks. There is even a special sign with the child’s name on it at the bus stop. He uses this stop every day and feels like a real fortress in it. 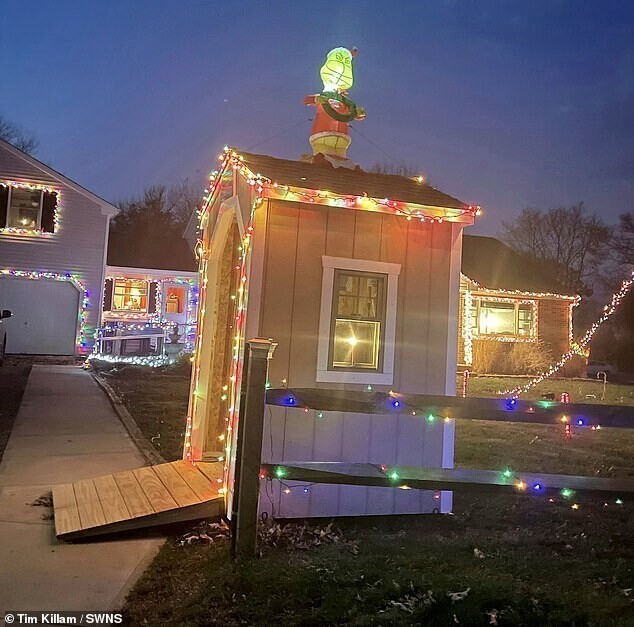 LIFE STORIES 0 70 views
Sienna was very shy as a child and had a hard time making friends.