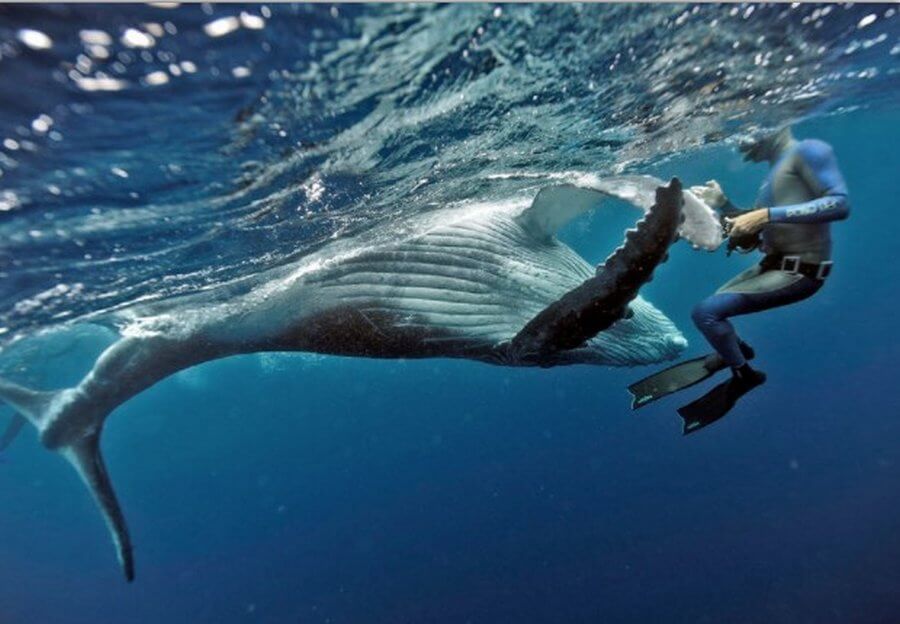 On Friday, a modern version of the Jonah story happened off the coast of Cape Cod, a peninsula in the northeastern United States. 120 kilometers from Boston, a whale swallowed a 56-year-old diver. Michael Packard was engaged in lobster fishing at a depth of 14 meters. Suddenly, he felt the darkness coming, a sharp push and…

Packard’s first thought was a shark attack. But then the realization came that there was no pain, there was no bite either:

“Then I realized, my God, that I was in the mouth of a whale and it was trying to swallow me.”

In total, the diver spent about 30 seconds in the whale’s mouth. He was breathing thanks to oxygen tanks. But soon the humpback whale felt an object too large in its mouth, surfaced, shook its head and spat out inedible prey. Michael was helped by a colleague who was in the boat – pulled out of the water, brought ashore and called an ambulance.

Ichthyologists say that such meetings are very rare. Even if humpback whales reach a length of up to 14 meters, they are not aggressive at all and are not able to swallow large objects. They feed exclusively on fish, crustaceans, etc.