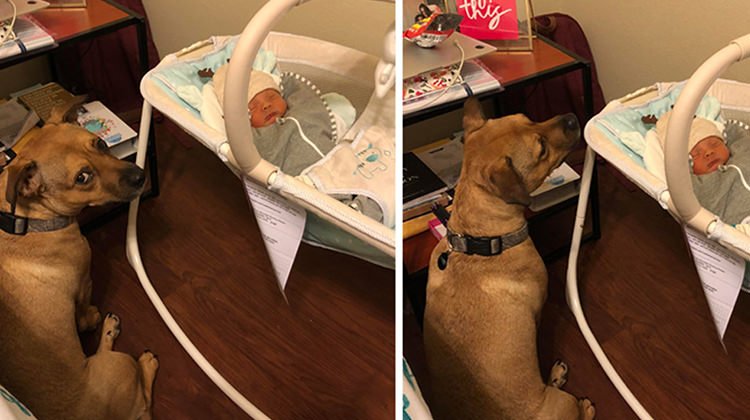 A dog named Astro was adopted a few years ago by Corey Jordan and his fiancee Elsa. Not much is known about his past, but one thing is for sure: he completely adores his new owners. So much so that he usually insists on sleeping in the bed between them.

The couple calls it his “place.” But recently there has been a sharp change in the dog.

Corey and Elsa are currently celebrating the birth of their first child, a boy they named Noah. But it seems that they were not the only ones looking forward to the happy birth of a child. 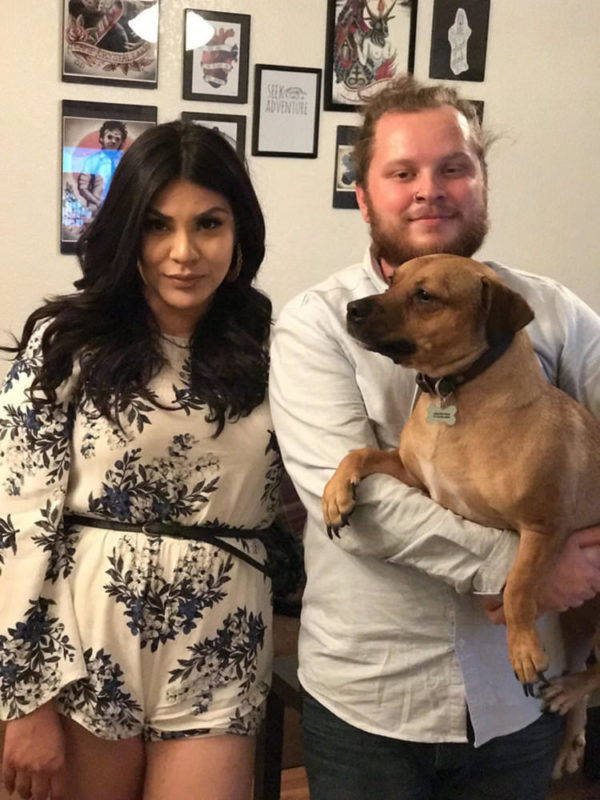 “Astro is a sweet and very affectionate boy,” Corey explained. “During pregnancy, he was always close to Elsa and was very careful with her. He never left her. From time to time he put his head or paw on her stomach.”

The couple wasn’t sure if Astro really understood what was going on and how he would behave when Noah was finally born.

When Noah was first brought home, the dog was a little confused.

However, very quickly he realized what was going on. “Astro first sniffed Noah and then ran up to his mom,” Corey said. “He sniffed her, and then he went back to Noah and sniffed him again.” 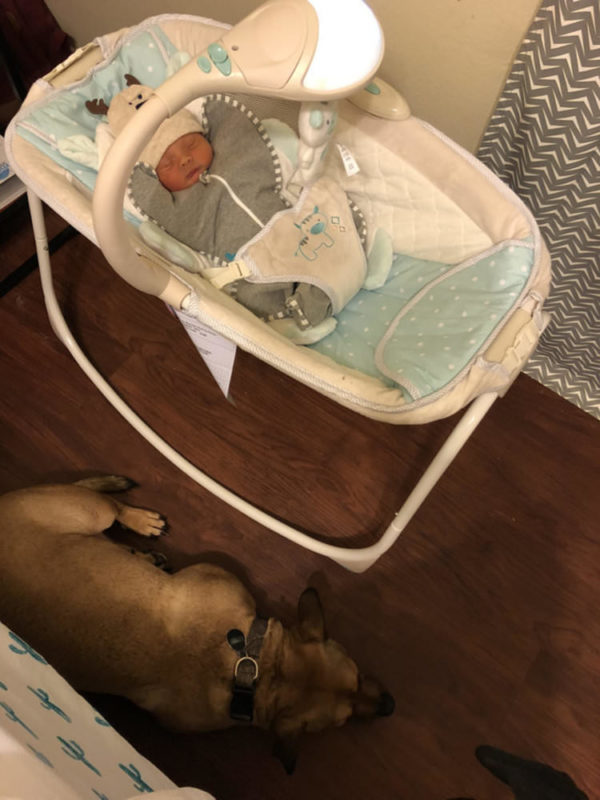 Then he looked at us with this expression: “Oh, good. This is what was in the womb of the owner. I understood. I’ll keep it.”

Soon after, Astro found his favorite place: next to baby Noah. Since then, a faithful dog has spent the night here. And such a change of the dog was a pleasant surprise for his family. 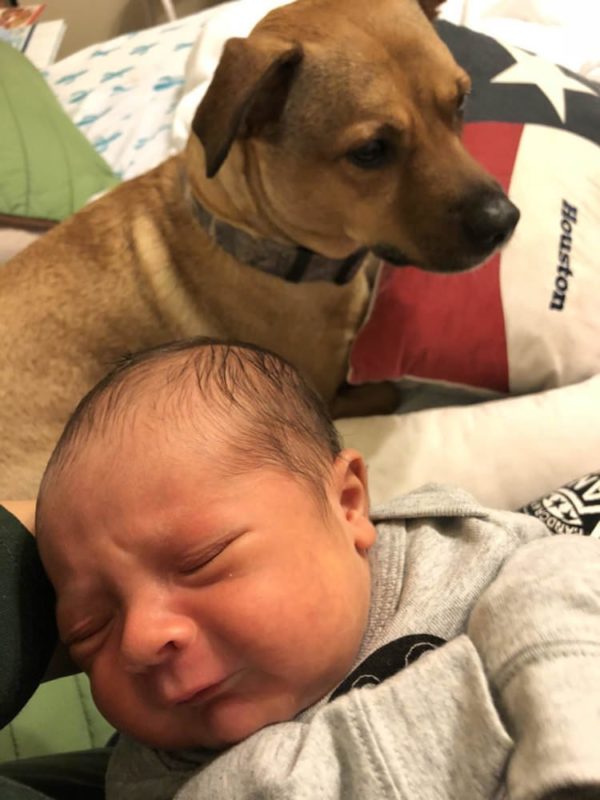