A little hero named Noah Woods lives in Georgia. At night he woke up to a fire in his bedroom, but he didn’t panic and took action. 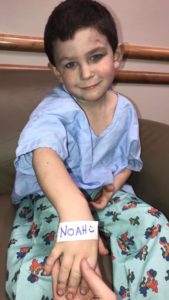 First he ran up to his two-year-old sister, who was sleeping in the same room as him. He carried her outside through the window. Then he went back for the dog and rescued her, too. The boy then ran to his uncle’s house next door and asked for help. Together with him they rescued the remaining family members in the house. 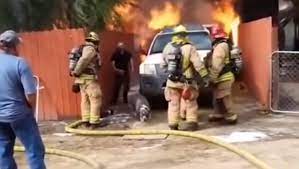 When rescuers arrived on the scene, they saw that all the occupants of the burning house had managed to go outside. The boy and four other family members were hospitalized with minor burns and minor carbon monoxide poisoning.

«We’ve seen kids save their families before,» said Bartow County Fire Chief Duane Jamieson. «But the fact that a 5-year-old did this is unexpected.»

The fire was caused by an electrical overload. The little hero’s grandfather admitted that if it hadn’t been for his grandson, it was unlikely the family would have been able to escape.

The boy was also presented with a life-saving award, which is given to professional firefighters. And Noah admitted that he would like to become a lifeguard in the future. 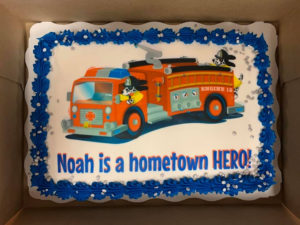 The local firefighters admired the boy’s bravery. They held a ceremony in his honor and welcomed him into the ranks of honorary firefighters of the city.

LIFE STORIES 0 65 views
An 11-year-old boy was not confused when a fire broke out in the house.

These three twins were separated as children: they met 10 years later and found out that they had been involved in a special experiment
Twins have always been of particular interest to science. After all, on two, and
LIFE STORIES 0 8