A motorcyclist with friends was riding on a bridge at night when the headlights suddenly illuminated a strange figure below. The man stopped and started filming the silhouette on his camera. However, he was startled to realize that the figure was looking right at him out of complete darkness. 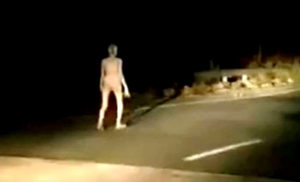 A strange incident occurred on a bridge in the city of Hazaribagh, Jharkhand, India. There is still dense jungle around the city and locals usually try to stick to the roads. 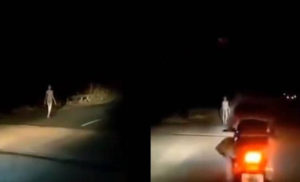 In the footage shot by the motorcyclist, the anthropomorphic figure is clearly visible. The silhouette approached the man closer and closer. Some of the company simply didn’t risk going any further, while others, on the contrary, increased their speed and hurried to skip this section of the road.

“It doesn’t look human. The arms are long and the legs don’t bend at the knees. What could it be?” the motorcyclists behind the figure interjected. 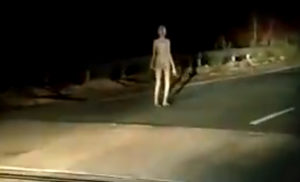 The strange figure obviously turned his attention to the motorcyclists. The video shows the object turning its head toward people:

There have been no official comments from the local authorities yet. Perhaps someone was just joking with the bikers.