“Oh my God! Mister, stop the bus! This lady left her son here!” Susan yelled at the bus driver.

It was the last ride of the night because she and her friends had lost track of time at the mall. But Susan remembered a woman who had gotten off at the previous bus stop and didn’t realize she had left her toddler until he started crying.

“I can’t stop the bus!” the driver replied, despite Susan’s insistence.

She quickly realized he didn’t care, but she couldn’t leave the baby alone on an empty bus. Would the driver do anything when he finished his route? Probably not, she thought.

Therefore, Susan did the only reasonable thing she could think of. She grabbed the baby, who couldn’t have been more than two years old, and took him home.

“Susan! What are you doing with that boy?” Margaret, Susan’s mother, exclaims when she sees her daughter enter the house with a toddler on her arm. “What’s going on?”

“I don’t know, Mom. Someone just abandoned him on the bus. It was way too cold, and the driver didn’t care. I couldn’t leave him,” the teen explained.

“Well, I guess you did the right thing, but what are we going to do now?” Margaret wonders, more to herself than to her daughter.

Her husband, Nicholas, appeared in the living room and asked what was going on. They told him, and he too had no idea what to do. 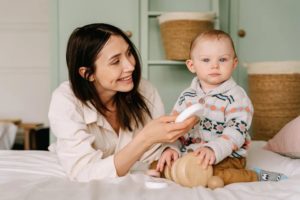 “Let’s keep him here overnight, and we’ll call the police tomorrow. They’ll try to find his parents, I guess,” Nicholas suggested, and they took care of the toddler.

They fed him and played with him. All in all, it was a pretty fun night, as they hadn’t had a baby in the house in many years.

“We’ll do the best we can, but sometimes the mother doesn’t appear at all. She probably abandoned him,” the nice police lady told them the next morning. They called the non-emergency line, and a police car came to their house to check things out.

“What’s going to happen to him?” asked Susan.

“Well, he’s going to go into the system like all the abandoned kids. Fortunately, he’s young. He could be adopted soon,” the policewoman says. “We called CPS, and they’ll be here soon to take him in.”

The policewoman left, and Susan immediately told her mother that they couldn’t let the baby go.

“Please, mom. He can’t go into the system. What’s going to happen to him? We can’t leave him too.”

“What do you suggest we do, Susan? He’s not our baby,” Margaret said, frustrated. 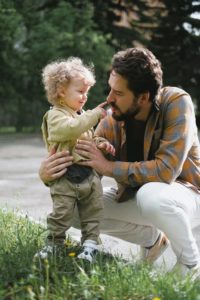 “I can’t do that. It’s a big responsibility.”

“You always talked about having another baby, but you never did. Maybe it’s fate!” Susan insists, and Margaret nods to appease her daughter, but it’s not an easy decision to make.

But when the CPS social worker came to their house a few hours later, she couldn’t let the baby go.

“Please, can we take him in?” Margaret asked at the same time Susan was jumping up and down and smiling.

The lady agreed, as long as Margaret and her husband got a foster parent license and met all the requirements in New York. They both agreed, and a few weeks later, they became the boy’s legal guardians. Since they could not find his parents or any of his documents, they named him Joseph.

Joseph grew up surrounded by a lot of love from his parents and his older sister, Susan. She had moved away for college years ago, but often visited him and brought him gifts. Unfortunately, she was now home for a complicated reason. Joseph needed a kidney transplant, and they were all being tested. 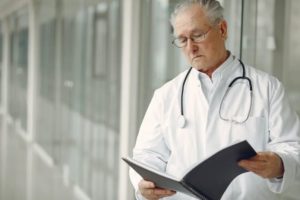 Plus, they had recently told him he was adopted and wanted Joseph to be around a family, so he knew they loved him no matter what.

“What if no one is a match, Mom?” Joseph asked his worried mother. They were going to hospitalize him the next day, and everyone was getting blood tests.

“Mr. and Mrs. Colbert? May I have a moment?” the doctor asked after entering their room.

Margaret, Nicholas and Susan were sitting around Joseph’s hospital room. They had taken blood tests and were waiting for the results. But Susan saw her parents looking at each other with concern.

Margaret waves her hand, telling her daughter to calm down quietly, and follows the doctor out of the room with Nicholas. 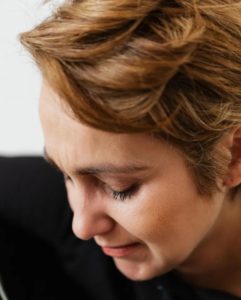 “Actually, I have some good news, but it’s complicated. Mr. Colbert, you are almost a perfect match for Joseph and so is your daughter, which is rare considering you said he was adopted. I thought it was strange and took the liberty of running a few more tests, just in case we missed something or it was a mistake, and well…” the doctor paused for a second, looking at Margaret with pursed lips.

“I don’t understand,” she said, frowning at her husband.

“I had a hunch, so we did a DNA test, and the results show that Mr. Colbert is Joseph’s biological father. That’s why he’s a perfect match for your son. And that means he is your daughter’s half-brother. You, Mrs. Colbert, are not a match,” the doctor revealed, taking a deep breath at the complicated situation. “That’s why I wanted to talk to both of you privately.”

“Margaret, please listen to me,” he begged, explaining that 12 years ago he had a one-night stand with a woman. “It was a mistake. A stupid mistake, and when she called to tell me about it, I told her to abort.” 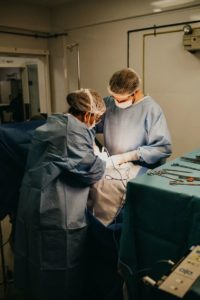 The doctor had left them alone a moment ago, but they needed to go back inside and talk to Susan about the it.

“Let’s get this surgery over with. You give him your kidney, not Susan. And we’ll figure out the… other stuff later.”

Nicholas nodded, and they told them everything. Susan wanted to offer her kidney, really excited about being able to help her brother. But Nicholas insisted it was him, because he was a better match.

“So that means I found my real brother abandoned on a bus. Crazy, right, Mom? Maybe it always was,” she says.

Margaret nods and cries. She is so happy that Joseph’s surgery went well that the news of her husband’s affair seems insignificant. Joseph has brought so much joy to their home that she quickly forgives Nicholas. 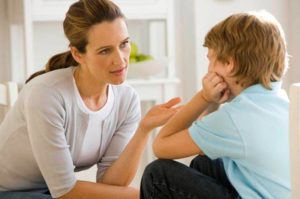 They decide to tell Joseph the truth when they leave the hospital, even though he is only 12 years old. He deserved to know. And when they asked him if he wanted his mom back, the boy shook his head.

“You’re my only mom,” he said and hugged Margaret.

The woman knows she did the right thing by forgiving Nicholas, even with the shocking truth they discovered. Adopting a random child found by her daughter was not easy, but it was the best decision she ever made.