“I’ve got to get this fixed. Ronnie is crawling at a faster pace now, and he’ll soon be running all over the house.”

In no time at all, Reuben became aware of other problems in his house. He broke down in tears, realizing he would not be able to pay for the repairs. He was a successful attorney in his prime, but he had lost all his savings recently and was struggling to make ends meet. 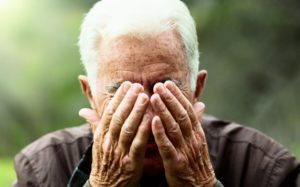 Reuben didn’t know what his old age would be like. His oldest son, Jonathan, abandoned the family after the death of his wife, Iris. A year later, his daughter Sara was diagnosed with cancer. Her husband could not handle his wife’s condition and eventually abandoned her.

A few weeks after her husband left her, Sara realized she was pregnant and moved in with her father. Reuben cared for her daughter during her pregnancy and used all of his savings for her treatment. Unfortunately, she succumbed to her illness a few months after giving birth to Ronnie.

Ronnie was the only reason Reuben had the will to live, and he was his only hope. But things were not looking good. Ronnie had epilepsy and had to be monitored constantly.

Ronnie’s epileptic seizures got worse. It made him very nervous, and he would cry a lot until he fell asleep. 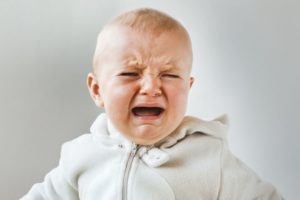 Before Reuben could wipe away his tears, Ronnie woke up again, crying. So Reuben decided to take him outside the house to soothe him.

“Maybe a change of environment would help him,” he thought.

Ronnie was having a lot of fun and looking at the trees, sky and birds for a while. But it didn’t seem to calm him down. Reuben was out of ideas.

Suddenly, Reuben noticed a large, furry St. Bernard coming toward them. He was afraid the dog had scared Ronnie or, worse, hurt him. But he noticed a collar on the dog, which was enough to relax him slightly.

It looks like it’s someone’s pet and won’t hurt humans.

Still, Reuben tried to pull the dog away from Ronnie and looked around for its owners, but he saw no one. The dog was trying to get closer to Ronnie, and Reuben, in a panic, was watching it intently. 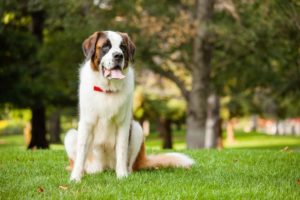 Suddenly, Reuben noticed that Ronnie had stopped crying. He looked down and saw the dog licking Ronnie’s hand. Ronnie was smiling, excited to see the dog.

Reuben was pleasantly surprised. He waited a little longer to see if his owners were around, thinking he was abandoned as well. Then he decided to take him home.

At home, Ronnie seemed to have completely transformed. He played with the dog all day, and Reuben noticed a rolled up piece of paper attached to the dog’s collar.

He pulled it out and read the note:

Whoever is reading this, please take care of my Jimmy.

My name is Melissa Underwood. I lived at 53 Winston Street before I was forced to stay in the downtown nursing home. Jimmy was my only friend, and he is a gift from God. I hope you can give my Jimmy a home. Thank you.

Reuben was shocked to read the note and curious about Melissa’s story. He went to the nursing home to meet her, with Ronnie and Jimmy. 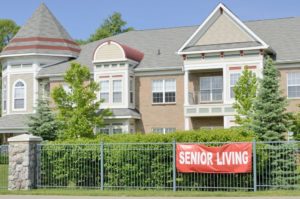 Melissa was thrilled to see Jimmy. She thanked Reuben for taking care of him. He explained to her that Jimmy was indeed a gift from heaven to him and Ronnie. But Reuben was more interested in Melissa’s story.

Melissa explained that she had lost her son a year ago. He had separated from his wife a long time ago. However, his daughter-in-law arrived only a few months ago and put the house up for sale without informing her. She took the keys to the house and placed her mother-in-law in a nursing home.

Reuben was outraged. He knew the pain of abandonment and, as a former attorney, he knew the law was on Melissa’s side. So, he decided to help her by suing her daughter-in-law. He also offered to let her live with him instead of in the nursing home. 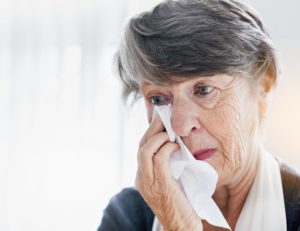 The trial took months, but it was worth it.

Melissa won the case, and her daughter-in-law was arrested for forgery. The court also opened a case against Jonathan. In the end, the former retiree, got the house and a lot of money from the damages. 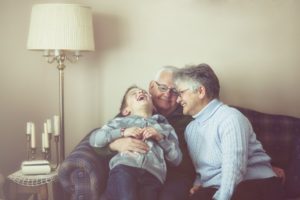 Reuben, Melissa, Ronnie and Jimmy lived together even after the trial, and they could afford to treat Ronnie with the best medical care. They now had two homes, no leaky refrigerators. And most importantly, they had a loving and caring family