It was a cold autumn day. Vitaly was taking a walk with his girlfriend along the Svisloch River. Suddenly they heard cries for help. When they ran closer they found out that a woman was calling. She was shouting that a little boy was in the water. No one else was on the shore. After taking off his jacket, the boy jumped into the water, the boy rose for a few seconds, and then the water covered him again. 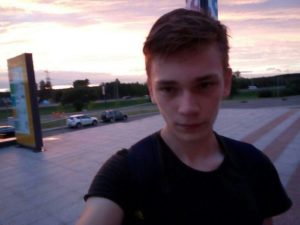 “I was walking with a girlfriend on Saturday, and then we heard screams for help. There was a woman and her baby standing on the bank of the river. They were calling for help and shouting that there was a boy in the water. No one else was on the bank at that moment,” Vitaly said.

Vitaly rushed to the other side – it was easier to get to the drowning child from there. Leaving in his pants and sneakers, the guy rushed into the Svisloch.

When he grabbed him, the baby was already unconscious. Vitaly dragged him to the shore. By that time many people had gathered and someone called an ambulance. Medics began resuscitating the baby and took him to the hospital.

“My girlfriend tried to wipe me with her sweater, some girl gave me a scarf, the medics made me get in the ambulance to warm up a little bit. And then I just went home,” says the young hero. 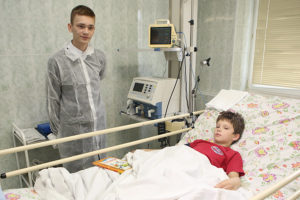 Vitaly feels well. But he does not consider his deed a feat, and says that he acted more on instinct.

“I didn’t think much before I threw myself in the water. Who else but me? There were two guys standing on the other side, but they were just watching, so I had no choice.”

The guy is very hopeful that the boy he pulled out of the water this Saturday afternoon will be all right. And he says he would do it again without hesitation. 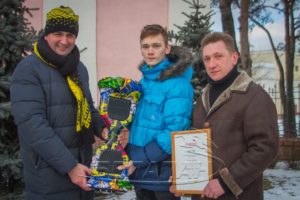 But in the Ministry of Emergency Situations the rescue of the boy from the water by Vitaly called an act of a real man and a good man.

Not everyone can come to the aid of another, risking themselves. It is worthy of respect.