Patrick was born to two loving parents, but they died in a car accident when he was 11 years old. A neighbor had babysat him for the fateful day, and she later turned him over to a nearby orphanage because she was not physically strong enough to take care of Patrick full time. Patrick had no other relatives who could care for him either, so he was immediately placed in the orphanage.

At the age of 13, Patrick fell down the stairs at the orphanage and could no longer walk. The doctors said he needed surgery to regain his mobility, but it was so expensive that the orphanage could not afford it. He had no choice but to use a wheelchair from that point on. 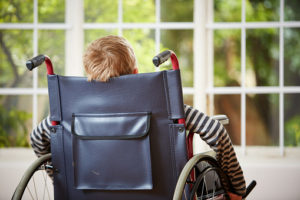 Soon after, a family living near the orphanage asked to adopt Patrick. They were not wealthy but were willing to care for him and give him more opportunities outside of the orphanage.

Patrick loved his new family. They treated him like any of their biological children and he felt included.

One day, the family decided to spend the weekend at their cottage near the lake.

“We need a break from the city for a while,” his mother said.

Everyone was excited. The fresh air and tranquility of the lakeside cottage was a welcome respite. The family set up a barbecue as soon as they arrived.

Patrick wheeled himself to the edge of the small lake, where he noticed a huge mansion across the street. It hadn’t been there the last time the family had been to the cottage.

“Dad, do you know the people who built this house?” shouted Patrick.

“No, but they obviously have money to spare,” his father replies with a laugh. 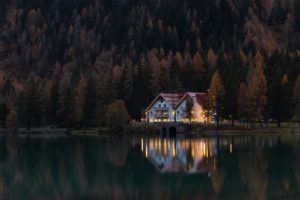 Patrick admired the mansion for a moment, then a man appeared, followed by a boy who looked about his age. He watched them play baseball and suddenly felt sad.

“Hey, are you okay?” his mother asked when she saw that he had become very quiet.

“Yeah. I just miss playing baseball with my dad. He was so good,” Patrick said, holding the end of the baseball cap he was wearing.

His mother hugged him and sat with him for a few minutes before his younger sister called him over.

“Will you be okay here by yourself?” his mother asked.

“Of course I will be, thank you,” Patrick said and his mother got up and left quickly.

Suddenly, the man playing baseball hit the ball so hard that it landed a few feet away from Patrick. He ran around the lake to pick it up and stopped to look at Patrick. He approached him and introduced himself as Peter.

“Where did you get that cap?” he asked, pointing to the one Patrick was wearing. 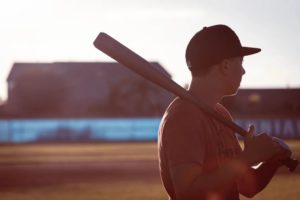 “My dad gave it to me before he died. He loved baseball, so we often played the sport together,” Patrick said.

“Are you sure, young man?” said Peter.

“Is your mother here? Can you call her to come here?”, asked Peter.

Patrick called his mother with a worried look on his face. As soon as she arrived, Peter introduced himself and asked about the cap Patrick was wearing that looked very familiar. She replied that the boy’s biological father had given it to him before he died and that she and her husband had recently adopted Patrick. She calls her husband to meet Peter.

“I gave this hat to my brother for his birthday when he was a teenager. It was made especially for him and embroidered with his nickname – Striker. That’s what we called him on our baseball team,” Peter says and begins to cry. 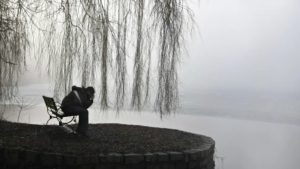 “No sir, my father never told me he had a brother,” Patrick said.

“When I was 21 and he was 18, we had a fight. We fought over the house our grandmother left us to share. I selfishly wanted to make it a guest house, he wanted to respect our grandmother’s memory and keep it the way it was. I got what I wanted because I was older and our parents saw it as an opportunity to make more money,” said Peter.

Patrick’s parents were shocked. They looked at Patrick to see his reaction and he was beaming with joy.

“Am I going to be able to learn more about my dad?” he asked.

Everyone ignored his question when Peter realized he would never see his brother again.

“I had no idea he was dead, I just thought he was living in another state and didn’t want anything to do with us,” he said.

“He died when I was 11 years old. I lived in an orphanage for a few years before I was adopted. I have two adopted siblings and some cool toys now,” Patrick smiled. 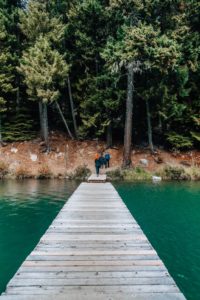 The joy on Patrick’s face made Peter feel better. He continued to explain that he had started a real estate company and was successful. He was married, had two children and had recently built the mansion nearby.

“Yeah, there was no way to miss it,” Patrick’s father said with a laugh.

The two families shared their short stay at the lake together. They got to know each other and visited each other often.

One day, while spending time at the lake, Patrick’s father explained to Peter why Patrick couldn’t walk.

“I’d like to pay for his surgery,” Peter offered.

“Oh, you just met him and we don’t want to pressure you, we’re still saving up for him to have the surgery in a few years,” Patrick’s father replies. 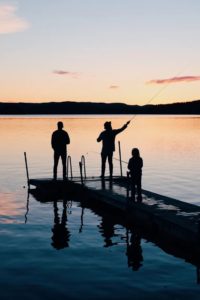 “I know you’re trying hard, but I also want to try to make amends for destroying my relationship with my brother to the point that he never spoke to me again and I never got to meet his child until now,” Peter said.

The parents eventually agreed and allowed Patrick to spend more time with Peter. After surgery and physical therapy, Patrick began walking again. Patrick learned about his business and spent his vacations working at the company, which allowed him to earn some spending money. The two men grew closer and Patrick got to know his father better through Peter.