A widower and father of three children, Arthur hoped every time he put on his janitor’s uniform daily that one day he would never have to wear it again. Arthur dreamed of a better job with better pay and prayed a lot. One day he decided to ask his supervisor for a promotion to a vacant position in the waiting room. 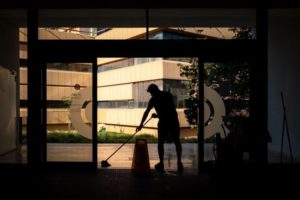 “Do you want to be a porter in my office?” asked Alex Arthur’s boss. “You want to stop mopping floors, huh?”

“Sir, I’d like to try it. It will allow me to make more money and support my family,” Arthur said.

Arthur’s wife, Melinda, died just six months after the birth of their third child. All too soon widowed, the 29-year-old man took on the task of raising three children and caring for his aged mother-in-law, Jessie.

The news of a job opening at the front desk of the cleaning company where he worked seemed to the poor man like a light at the end of the tunnel.

“Please give me this chance, sir,” he pleaded. “I’ll do my best, and you won’t regret hiring me for this job. Please help me, sir.” 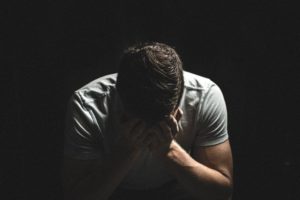 Arthur’s boss, Alex, thought long and hard. But then he agreed.

“Good! You’ve been promoted to this position. But it will take some time to process the necessary paperwork,” Alex said. “But you have to impress me.”

Arthur was ecstatic. It was all he wanted to hear. He felt the burden on his shoulder lessen and began to dream of his children’s future.

“I will do anything for this job, sir,” he exclaimed happily.

“Well, starting today, you’re going to have to work overtime. You have to clean the windows every day and mop the floor every other day. We have an inspection very soon, and I want my office to shine. I want us to show why we’re the best cleaning service provider in town.”

Arthur nodded cheerfully and agreed. He trusted his boss blindly and for two weeks he tried very hard to impress him. 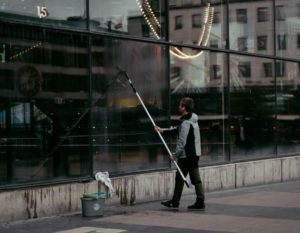 Two weeks later the inspection was over, and Arthur couldn’t wait to become the new receptionist. With high hopes, he approached his supervisor in his office and saw another man there.

“Sir, I wanted to ask you about the reception…. ” muttered Arthur.

“Ah, yes! This is our new receptionist, Jonathan,” said Alex, introducing the man in his office.

Arthur was surprised. His eyes filled with tears and despair. “The new receptionist?” – he whispered.

“Yes, he just joined us. Have you cleaned out his workplace?”

At this point Arthur became enraged. He realized that his boss had deceived him. In a fit of rage, he demanded an explanation.

“You told me I was going to be the new receptionist, and you made me work overtime. How could you lie to me? I respected and trusted you!” resented Arthur.

The janitor’s anger did not please his boss. He was furious about being yelled at in the presence of his new employee and immediately pointed Arthur to the door.

“How dare you question me? This is my office and I decide who works where!” he said. “Poor people like you shouldn’t dream of much. I just wanted to show you your place. ” 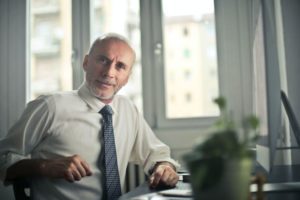 Arthur was hurt and humiliated. He quit his job and ran down the street, lost and hopeless. To make matters worse, his boss didn’t pay him for all the extra work.

“What will I tell my mother-in-law? How will I pay for my children’s school fees?” He began to cry, adding, “Who will hire me now?”

The concierge wandered down the street. He looked for signs and job postings, but found nothing. Disappointed, he decided to return home. On the way, he heard a light squeak that intrigued him.

Barely had he taken a few steps when he heard the same noise again.

“That’s from an old drainpipe,” he exclaimed as he approached the place. He peered into the pipe and was surprised to see a dog inside. 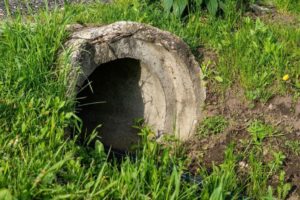 Arthur tried to pull the dog out, but it was stuck in a narrow drainpipe. He looked for help, but there was no one there as it was a deserted street.

Then he had an idea. He ran to the nearest grocery store and came back with a bottle of oil. He put oil on the hole in the drain pipe to lubricate it. With a little effort, he freed the dog from the pipe.

“You must be tired, poor thing,” he said. “How long have you been stuck here? Here, have a cookie.”

The dog looked exhausted. She wagged her tail and sat down next to Arthur.

“Where’s your house ?” he asked. A tag on the dog’s collar caught his attention.

Hoping to return the puppy to its owner, Arthur checked the tag and found that the dog’s name was Sparky. He found the phone number on the tag and dialed it. But no one answered the phone.

“That’s strange. Why isn’t your owner picking up the phone? I can’t leave you here. You’re such a nice dog,” he said.

That’s when Arthur remembered that dogs have an extraordinary sense of smell.

“Sparky, can you take me home?” – he asked the dog. She wagged her tail and went. 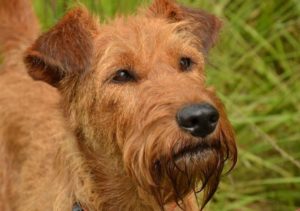 The dog sniffed the road and led the man in different directions. Arthur almost lost hope. But suddenly Sparky ran toward a tree. The man followed and saw a “Missing in Action” sign taped to it.

“Sparky? Is that you?” – he exhaled and checked the number on the dog collar. To his delight, it matched the one on the ad, which also had an address.

Relieved, Arthur led the dog to the address and walked to old Jacob’s door. After a few minutes, the door creaked open, and Jacob was standing on the other side, looking at Arthur.

“Yes, that’s me. How do you know me?” Jacob cried as Sparky jumped on him.

“Sparky?! Girl, where have you been? I missed you so much!” said Jacob, crying.

“I saw your name on the wanted notice for the missing dog in the park… I found Sparky stuck in the drainpipe, and I rescued her.”

With tears in his eyes, Jacob told him that his dog had been missing for three days. He was thrilled to find her, and he said something that moved Arthur to tears. 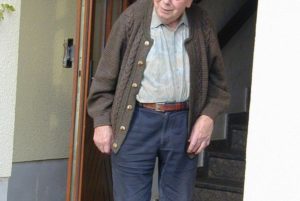 “I couldn’t make a move without my dog. She’s my best friend and my guardian,” Jacob said as he took off his dark glasses.

It turns out the man lost his sight in an accident five years ago. He had no family and depended on his maid to cook and clean for him. Sparky was his guide dog and his only companion. Three days ago she wandered outside the house and got lost.

“I don’t know how to thank you for saving my beloved dog, young man,” exclaimed Jacob.

Arthur’s benevolent act touched Jacob, and after listening to his story, he decided to reward him with a surprise.

The next day a limousine stopped in front of Arthur’s house. His neighbors watched in awe, because no one had ever seen such an expensive car outside the poor janitor’s house. Even Arthur was shocked. A rich man in an expensive suit came up to him with an envelope.

“What is it?” asked Arthur, who was also surprised.

Curious, he took the envelope and found a letter from Jacob.

“Dear Arthur, I know it is too soon, and even though we have only met for one day, I was impressed with your character. I have no children, and I would like you to accept my offer to be my son. I care very much about who will run my ceramics business after me, and you came into my life at just the right time. Please come to me as soon as possible to complete the formalities. Your Father, Jacob”. 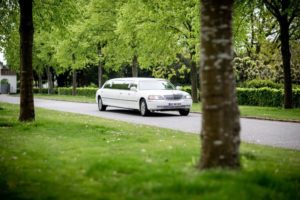 Eventually, Jacob writes a will, leaving Arthur his $13 million fortune. He also sold him his ceramics business. Arthur could not believe how much his fate had changed overnight. But deep down, he still felt a desire for revenge on his evil boss.

Two weeks later, on his first day at the helm of the ceramics business, Arthur sent his former boss a contract offer for his cleaning services.

Greed took over Alex when he saw Arthur’s stated budget of $50,000. He immediately left his office to meet with the owner of the ceramic company, not knowing who he was facing.

Arthur liked to watch his former boss waiting for him in the lobby, and he deliberately kept him waiting a long time. Eventually he called him inside for an interview, just to surprise him.

“Arthur??? What are you doing here?” – Alex exclaimed when he saw his former janitor in the boss’s chair. 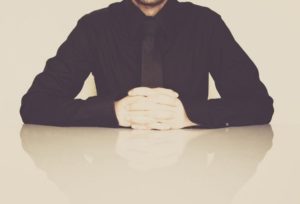 “This is my company, Alex!” – Arthur replied. “I just became a boss and wanted to add some cleanliness to my office. So I thought about using your services.”

Alex was stunned and speechless. He couldn’t believe that the poor janitor he’d conned and fired would become so rich in a matter of weeks.

“If you want my $50,000 contract, I have one small condition, Alex,” Arthur smiled, knowing it was time for revenge. “I want you to show me how good your business is. If you want my contract, you have to clean out my office.”

Alex began to sweat with shame. He couldn’t refuse the contract and at the same time felt humiliated that he had to work at the behest of his former janitor. But he had no choice. He picked up a rag and began cleaning Arthur’s desk to impress him. 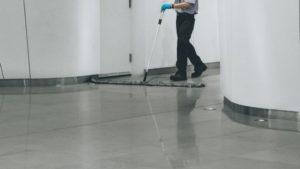 “Well, I must say… Alex, I’m very pleased,” Arthur frowned. “But you still left dirty stains in my heart, and it’s going to take you a lifetime to clean them up. Stop wasting my time and GET OUT!” 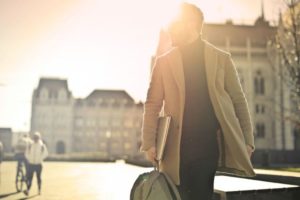