A little girl from America, Paige Calendine, was born disabled. She had no lower limbs. However, when the little girl grew up, she did not despair, but began to play sports! Now she is a talented gymnast! 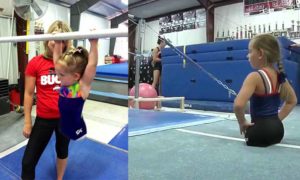 Paige was born without legs. Of course, growing up, she began to realize that she was different and had to live with some limitations unlike other people. But it was by no means a reason for her to be desperate and isolated. 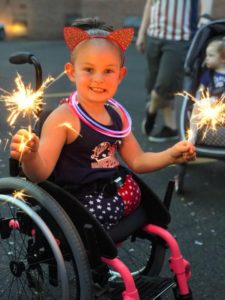 Quite the opposite. The girl started doing sports, no matter what! First of all, training is very useful for her because it requires her to develop and strengthen her muscles. Secondly, Paige herself showed a great interest in rhythmic gymnastics, so classes were a joy for her.

Mom and dad of the girl did not think for a long time, whether to enroll their special child in classes or not. They knew perfectly well that Paige needed to be passionate about something, not to dwell on her physical disability. True, the parents did not think that their daughter would take her training so seriously. 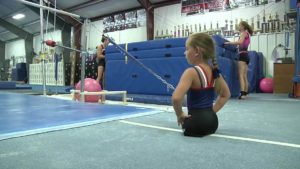 After all, the girl began to practice very hard and seriously wanted to become successful in rhythmic gymnastics. Of course, at first it was hard for her. She lagged behind the other athletes who had no health problems. But her persistence and determination helped her not to give up! 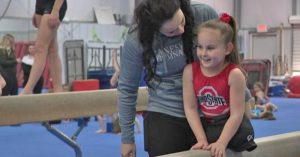 Now the girl is eight years old. She’s part of a team of gymnasts who have some kind of special characteristics. Here she feels much more comfortable to practice, to express herself, to discover her own potential. Paige has become irreplaceable on this team!

Paige says rhythmic gymnastics is something she wants to do forever. She plans to continue training and developing beautiful programs to continue competing. 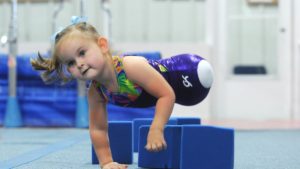 At the same time, the girl has no plans to stop at gymnastics alone. She dreams of learning archery, swimming, and cheerleading! As it can be seen, Paige is seriously interested in sports. That’s why she plans to try herself in a variety of sports. 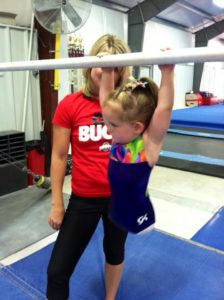 The story of this little girl is a wonderful example for all people who have any developmental disabilities. There are practically no barriers if a person has desire, determination, and persistence!