Courtney Johnson arrived at her son Peter’s school just in time and immediately recognized him among the students crowding the gate. Peter rushed to the car, climbed in, and she helped him fasten his seatbelt.

“So, how was your day at school today, Peter? Did you have fun?” she asked, as they drove home.

“Umm…it was good, Mom,” Peter sighed. “I’m starving to death! Can we stop at McDonald’s?”

“Are you hungry?”, Courtney paused. “Didn’t you eat at school today? Or wait, is that an excuse for chicken nuggets? Not again, Peter! Should I ask Mrs. Dickens if you had lunch today?”

“No, mom! Don’t do that! I’m actually starving. I would have eaten at the canteen, but I had to give my food to Aiden because he was hungry. He’s my classmate, by the way. And no one is supposed to know that I helped him, please!”

“What?”, Courtney frowned, abruptly stopping the car. “But everyone gets their own lunch at school, Peter. Why did you give him yours?”

“Aiden doesn’t eat with us, Mom,” Peter revealed. “He says his mom can’t afford his lunch. I see him every day, waiting for everyone to finish eating, and then…” 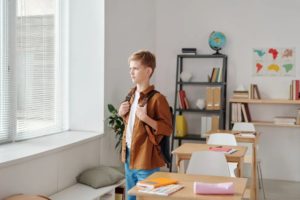 “He hides in the playground and eats leftovers so others don’t see him. I found him there one day and he told me everything. He asked me not to tell anyone because he thought everyone would make fun of him. Today we had gym class, so everyone was really hungry and finished their lunch. I knew Aiden wouldn’t have anything to eat, so I offered him my share. I asked my friends to help him too. So they shared their food with him too.”

Courtney was happy to know that her son had been kind enough to help a classmate in need, but she wondered what was wrong with Aiden’s mother for feeding him leftovers at school. When she got home that day, she called Peter’s teacher to find out more about Aiden.

“Good morning, Mrs. Dickens. I hope you are doing well. Actually, I just wanted to ask you something about Aiden. He’s Peter’s classmate, right? Peter told me that Aiden is having some financial problems. Is there anything I can do to help him?”

“Oh, that’s very generous of you, Mrs. Johnson. Aiden is a very talented child, one of the brightest, I would say…. However, things aren’t going so well for him on the family front. His mother is having a bad time with her husband.”

“Oh, my God… No wonder! I’m sorry to ask you this, Mrs. Dickens… I really shouldn’t be interfering in their family problems, but what exactly is the problem? Peter told me…” 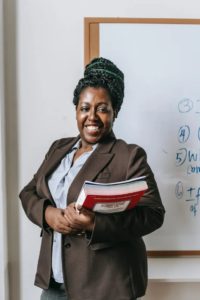 “They are divorced, Mrs. Johnson. Aiden’s mom is a single mom… But there’s a child support issue, and the wife is sick, so it’s a total mess… ….”

“I see…” Courtney felt sad for Aiden’s situation and told Mrs. Dickens what he was eating at school. Courtney wanted to do something to help him. And then she thought of a plan….

“Mrs. Dickens,” she called out happily. “Can you do me a little favor?”

“Is it possible to set up a meeting with all the parents of Aiden and Peter’s classmates? I’d like to talk to them about something… I just had this idea to help Aiden….”

Mrs. Dickens paused for a moment.

“Well, I think we would need the principal’s permission… I can just pretend that I needed to set up a meeting, so that’s fine. When do you want to do it?”

“I think the next day would be good, Mrs. Dickens. We need to notify all the parents.” 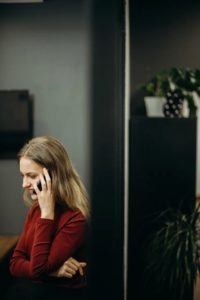 “I’ll take care of it… So I’ll see you the day after tomorrow, Mrs. Johnson.”

“Thank you very much, Mrs. Dickens; one more thing, please…”

“The parents must think it is you who are asking for a meeting. It would be more effective that way.”

“Thank you, Mrs. Dickens!” said Courtney and hung up.

A day later, when they all met, Mrs. Dickens informed them of Aiden’s situation, but she didn’t divulge his name to prevent the boy from being unfairly attacked.

The parents listened quietly, but as Dickens began the last part of her presentation, a flood of emotions, mostly rage, began to pour out.

“So? What exactly do you want us to do?” one woman scoffed. “If a parent can’t feed their children, they shouldn’t send them to school.” 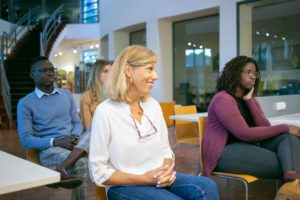 “Well, ma’am,” said Mrs. Dickens. “All I ask is that we be a little generous with this boy and help him. The poor kid ate the leftovers from the lunchroom. One of his classmates saw it.”

“Who is the one who saw him? And if he is so worried about his friend, why doesn’t he ask his parents to pay for his meals?” one man raged.

“I’m afraid I can’t reveal the identity, sir. I’m sorry. If you don’t want to…” Before Mrs. Dickens could finish her sentence, Courtney leaped to her feet.

“My son saw him do this! And it’s absolutely horrible that you adults can’t see how terrible it is!”

Aiden’s mother was also at the meeting, sitting in the corner, hiding her tears when she realized everyone was talking about her son.

“Well, then, go ahead and help him!” the man hissed. 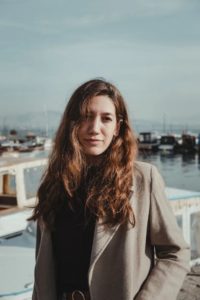 “Of course I will, sir, but before I do, you need to know the whole truth. A young boy’s family is going through a financial crisis, and he can’t even afford a meal! Do you realize how terrible that is? A child not eating, when food is a necessity! Imagine if it was your child who was hungry and couldn’t afford to eat. You would blame yourself for being a horrible parent and ruining your child’s life.”

“I understand that sometimes circumstances force us. We have no control over them. But please try to understand what we’re talking about here: a fourth grader waits for his classmates to leave the lunchroom after eating to feed himself! And he hides and eats them so that the other kids don’t make fun of him!”

“And what are you doing in the meantime? You are busy judging him and his family! You know what, your children are much better than all of you! They often share their food with him and help him. It just goes to show that the younger generation can be much more mature than their elders!

“We have two options for resolving this conflict: continue the sanctimonious discussions or step forward and help him in a way that doesn’t jeopardize his dignity or that of his parents. All I ask is that you all contribute a modest amount, whatever you can so we can help him.”

With that, Courtney opened her wallet, pulled out two $100 bills and placed them on Mrs. Dickens’ table. 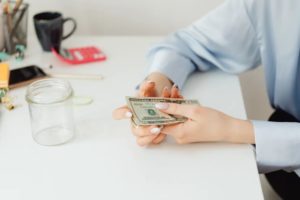 The entire room was silent. But soon after, a round of applause erupted, and parents began to place money on the table, one by one.

A few parents left the room without making a donation, but that’s okay because they were able to raise a sum that will cover Aiden’s meal expenses for the rest of the school year.

As Courtney was about to get into her car after school, Aiden’s mom came up to her and thanked her for her help.

She admitted that she felt bad about the incident and knew what was going on, but that she didn’t have the means to help her child. Courtney reassured her that everything was fine.

Two days later, when Peter came home from school, he had BIG NEWS!

“Mommy, Mommy!” he said as he ran to her. “Aiden is eating with us now! He doesn’t have to eat leftovers anymore. His mom told him you helped him. You are so cool, Mom!”