While on a bus, a mother and her child in a wheelchair were asked to get off. The driver said it was because she was working overtime.

The story took place on Tuesday. On that day, Denise Neadley took her 10-year-old daughter, Kassidi, to see the cast of “Enola Holmes” who were filming. Unfortunately, for both of them, they only got a glimpse of the action figures in the drama. 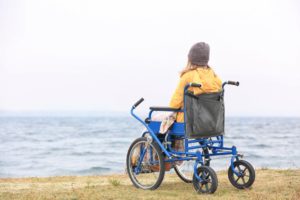 At about 5:30 in the evening, they decided to go home on the Stagecoach number 2 bus. Everything was going well until the driver stopped the Goodhart Road vehicle in Bransholme, which was still a long way from its normal stop.

According to Denise, the driver called her boss after stopping the bus. She apparently told him, in a shouting voice, that she had “overstayed” her normal work hours and that she would have to get those on the bus off if he didn’t send her replacement.

Then, after the call was over, she asked all the passengers to get out of the vehicle because her boss did not send another driver. 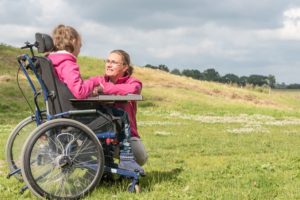 Following this order from the driver, Denise tried to make her change her mind by saying that her daughter is in a wheelchair and that it would be difficult for her to push her, especially since it was raining. Despite this, the driver refused to drive to the normal stop.

The mother specified in particular the absence of heating in this bus. She also added that her daughter, in a wheelchair because of a broken ankle, was “anxious, tired” and “cold” at that time.

Fortunately for them, one of their neighbors picked them up at the scene after this mishap. 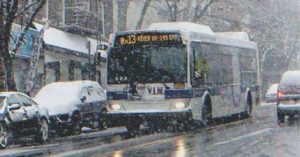