The smallest woman in the world is a resident of India Jyoti Amge, whose height is about 62 centimeters. In other words, her size can be compared to that of a three-month-old baby. She has been in the Guinness Book of World Records twice because of her height: first in 2011, when she was a teenager, and then in 2014, when she became an adult. 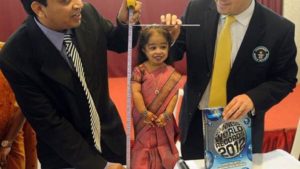 Early in her pregnancy, her mother, Ranjana, began to feel something wrong. At one point doctors told her that her baby had died in utero, but she refused to believe it. She was offered more than once to terminate the pregnancy. Ranjana ended up having a cesarean section in her tenth month.

Little Jyoti surprised doctors with her birth. And not just by the fact that she was alive. The baby didn’t even have any developmental abnormalities.

But after about three years, it became absolutely clear that Jyoti had stopped growing. As it turned out, she had achondroplasia, a disease that affects the human skeleton. It is not curable.

The little girl went to school on an equal footing with all her peers. She even had a desk made especially for her. 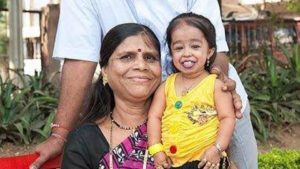 However, in addition to her height, the little woman has other big problems. She has a severe calcium deficiency, which makes her bones very fragile and not fuse together. Jyoti had fractures, and special splints were made for her. But she and her parents refused to have an operation. After all, she has a unique body that can’t tolerate surgery. 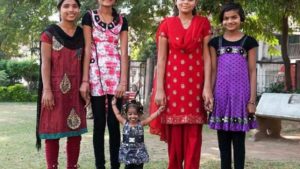 Despite her illness, Jyoti does not lose her optimism. She attends television programs. Because of her peculiarity, she has been to several countries and dreams of becoming an actress. She was once very worried about her height, but now she believes it will help her reach success.

Jyoti has already starred in a reality show, in a documentary about herself, and in the series “American Horror Story. Freak Show.” She has also created a charitable foundation that helps orphans and the elderly. 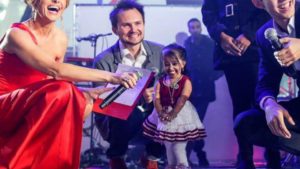