There were two of them, participants in the experiment – a ten-month-old baby and a baby chimpanzee. They were both victims given to science and, unfortunately, not the first, and not the last.

There have already been cases in history when science-mad people put experiments on their children. So psychologist Winthrop Kellogg and his wife decided to find out what would happen if a child and a chimpanzee were raised the same way from their very childhood.

Prior to starting his most famous experiment, Kellogg was a lecturer at Indiana University. He studied the fears of rats, birds and other animals. Kellogg studied the history of Mowgli children who grew up with animals. He wondered why they could not socialize, even if they lived among people for a very long time. 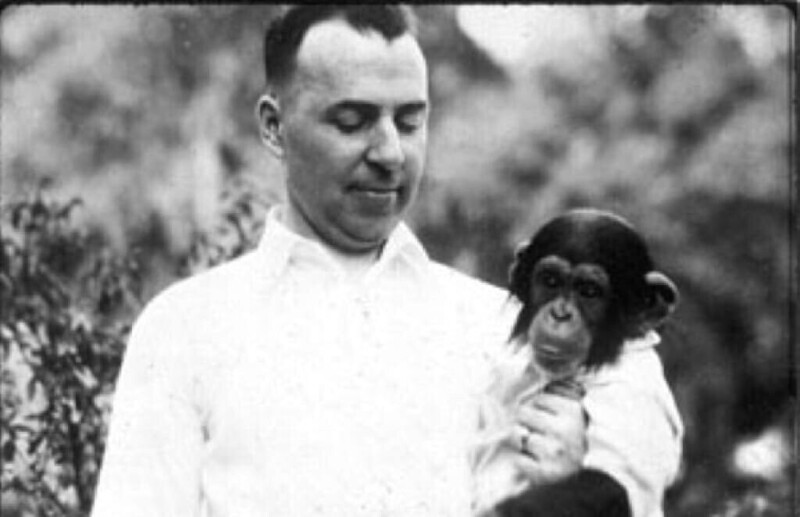 In 1931, Kellogg applied to the Yale Center for the Study of Great Apes. He took a seven-month-old chimpanzee Gua from there to raise. The scientist’s son Donald was 10 months old at the time. Almost the same age. 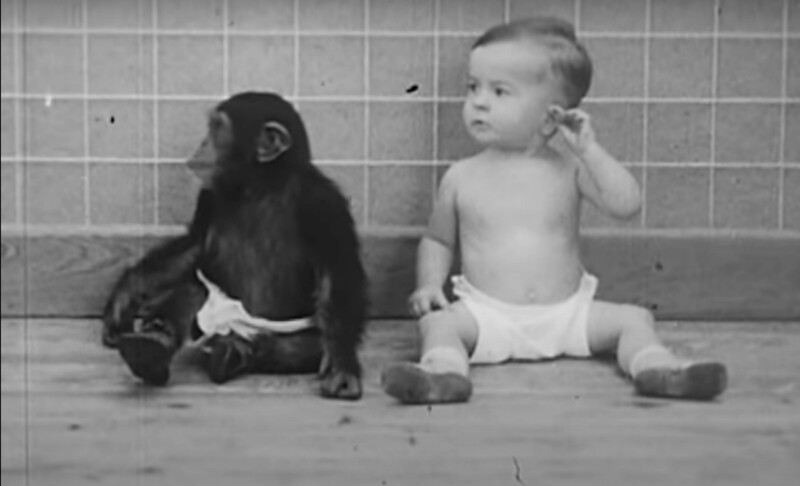 The Kellogg couple created the same conditions for their son and the chimpanzee. Gua had everything the same as Donald: clothes, toys, furniture and attitude. Gua adapted quickly enough and found a common language with Donald.

They grew up together and their parents monitored and analyzed their growth and development. Reflexes, movements, dexterity, understanding of speech, fears, attentiveness were compared. 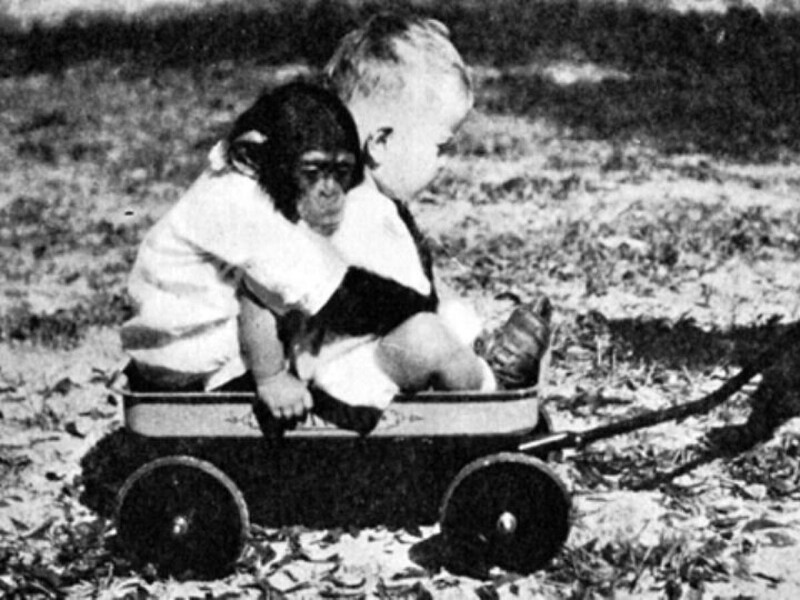 In the first six months of the experiment, Gua was ahead of Donald. The chimpanzee learned to drink from a glass on her own, eat with a spoon, and opened doors. She learned about 50 phrases and commands. Imitated the behavior of people, expressed her love with kisses and hugs.

Kellogg concluded that this is because chimpanzees mature faster. But Goa has been learning to use the toilet for longer. She didn’t know what to do with a pencil and was never able to speak in a way that was understandable. He started copying Gua’s behavior and this worried his parents. The couple came to the conclusion that it is more likely that a person will become a chimpanzee than vice versa. They wrote that an animal can become like a human with the help of training, but up to a certain point. 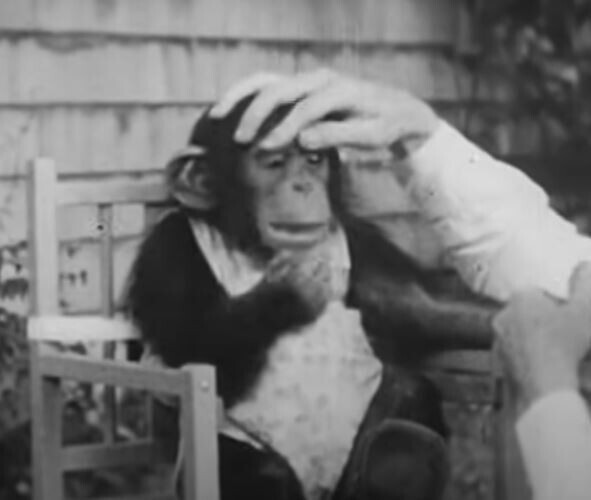 Gua was returned to the Yale Center for the Study of Great Apes. It was incredibly cruel to Gua. At first, she was forcibly torn out of her usual environment, and then she was also abruptly brought back.
She died of pneumonia two years after the end of the experiment.

There is practically no information about Donald. According to some reports, he committed suicide at the age of 42. 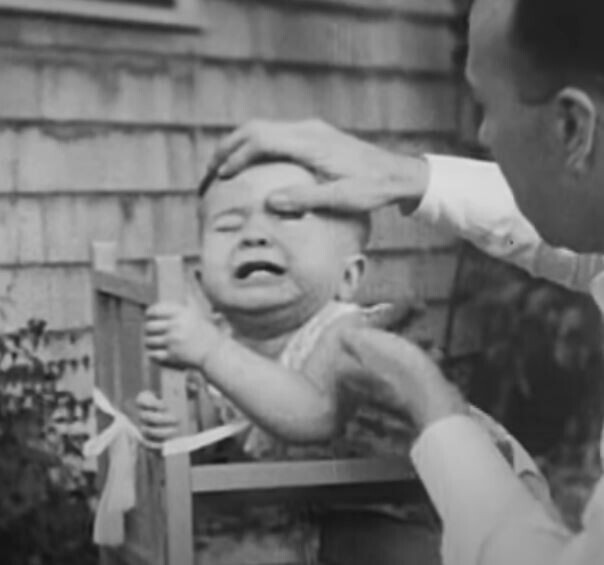 Psychologists, having learned about the Kellogg experiment, began to criticize them. Well, first of all, experimenting on a baby is definitely unethical. And secondly, they were also concerned about the cruelty towards the baby chimpanzee.

There were, of course, supporters who considered Kellogg’s contribution to the study of human relations with primates to be enormous. Well… if you look at it, the value of this experiment is that no one has tried to repeat it since 1931.