Countless women and men dream of living with a little one in their home. They imagine themselves caring for the child, watching it grow and become a beautiful person. For many, the impossibility of having a baby plunges them into deep sadness and pain.

Fortunately, there are many options to become parents thanks to medical advances or adoption. Read the story of one father who went from sadness to joy with a simple photo. 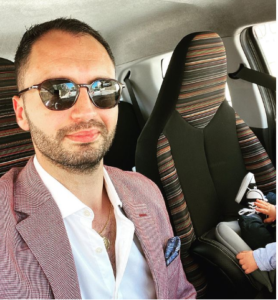 Ryan Sciberras, 32, was working as a special educator in St. Lucia, Malta. He wanted to be a father, and after several unsuccessful relationships, he decided to face parenthood alone. However, this raised some concerns.

Sciberras, a single man, thought he might have trouble filling out an adoption application. In addition, he was getting older. 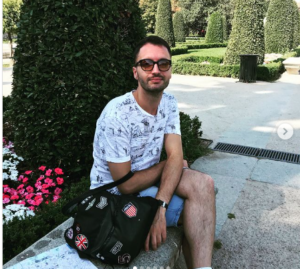 Sciberras researched and gained insight into the life of a single parent, before deciding to take the next step involving courage.

He was excited but nervous about starting the adoption process. Sciberras was concerned that approval of the application would take time.

He had to complete a long list of procedures, including a psychological evaluation, a home check and proof of financial stability. To the hopeful man’s surprise, the adoption process did not go as he had planned. 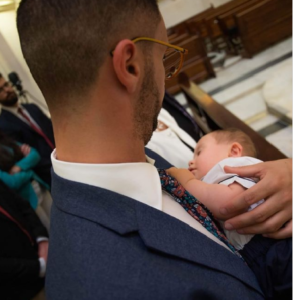 Mr. Sciberras encountered no problems or delays during the adoption process. His application was «essentially approved immediately,» and the father-to-be was both surprised and delighted. In September 2021, he received life-changing news.

There was a little boy named Kay, and he needed a home. After Sciberras saw a picture of the young boy, something inside him changed. He expressed:

«After I saw his picture for the first time, I knew right away that…this was going to be my son.»

The match was perfect, and Sciberras was in love with the 15-month-old boy. The dad described the experience as «surreal» and held his child just five days after meeting the social worker.

Everything happened quickly, and Sciberras was grateful to the foster family, who helped him adjust. Friends and family also supported the new dad, giving him a baby carriage, crib and adorable baby clothes.

The adoption was made official in March 2022, and the proud dad remained grateful for this miracle.

«The fact that the legal adoption was finalized in March of this year just filled my world,» the dad shared. 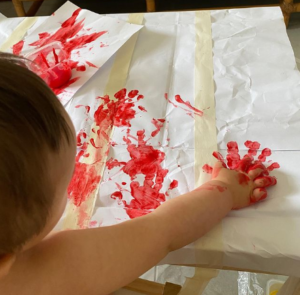 Baby Kay was born with Down syndrome, and Sciberras was ready for it. As a special education teacher, he had valuable experience and promised to give his son the best life possible. The father added:

«He had a few problems along the way, and we had quite a few hospital appointments, but I would do anything for him.»

The father took advantage of his five months of paternity leave and used it to gain his son’s trust. The duo was also able to celebrate special occasions like Christmas together and formed an unbreakable bond that grew stronger over time.

The addition of a new member to the family has been a blessing, and Sciberras has excellent support. His grandparents adored the little boy and showered him with love and affection.

While some of Sciberras’ friends and family members were initially surprised by his decision to adopt, they immediately rallied to help him. Sciberras expressed:

«I am so lucky to be surrounded by so many loving and generous people. I can’t wait to see what the future holds for my son and me.»

The story of Sciberras and his son is heartwarming, and the love of the father for his son is admirable. We wish them many years of happiness and joy together.