Samantha was a daydreamer — like those of us who like to daydream in the window of a creaky old bus.

For a few minutes each day, the harsh reality of Samantha, a single mother of three struggling to hold down a job, could wait. Her worries about how she was going to pay the bills or become a fashion designer, she could forget. As long as she walked the long way home from work, she would let the dreams, ideas and thoughts appear until her feet were right outside her house. 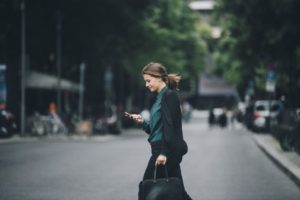 But there were also days when reality was simply too frustrating to ignore. Today is one of those days.

«Another warning for being 10 minutes late to work. This manager wouldn’t even listen to me before punishing me. What does he know about raising three kids under the age of 12? He and his wife are still in their honeymoon phase. Ah, I wish I was in my honeymoon phase…»

There she was, about to cross the road, dreaming of finding the man of her dreams. He could be tall or short, introverted or extroverted. But he had to be able to provide for his children. Samantha’s thoughts were interrupted by the blinding headlights of a loud car and a firm push from someone behind her.

It all happened so fast. Samantha was pushed into the road, and the person pushing her fell right next to her.

At one point, she decided she would not spare the man. But the next moment, clarity returned to her. The man had actually saved her from an accident with an oncoming car.

Samantha struggled to get up and finally had to accept the hand the stranger was holding out to her. 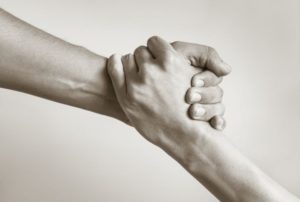 That’s when she saw him for the first time. A man with tattered clothes, filthy, with different shades of dirt on his body.

But anyone who cared to look for a few seconds would see that he wasn’t so horrible, and an almost childlike smile was hidden beneath the thick layer of roughness.

«Thanks for saving my life,» Samantha said.

«Well, I usually don’t like people. But when things get rough…» The man could barely contain himself from smiling at his own remark.

«So you’re one of the funny people, huh…» added Samantha, genuinely surprised by the man’s pleasant demeanor.

«I must be funny if I’m homeless. And especially if I woke up and lost all memory of who I was one fine day.»

Samantha thought the man was joking. But for the rest of the way, the man explained that he had indeed mysteriously lost all memory of who he was and where he came from.

«All I remember is that I was in an accident at some point. I think all my documents were stolen, and this scar on my head tells me that the accident may be the reason I lost my memory.» 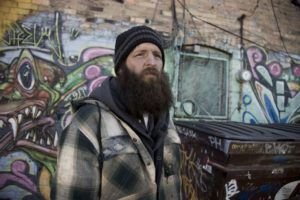 «Well, this is my place,» the man said, pointing to a bench on the corner of the sidewalk. Samantha noticed a cardboard sign with the words, «Help me, I’m homeless,» and an old rolled up blanket was placed on it to keep the sign from flying.

Just then, the sky became overcast, and suddenly there was a gust of wind that smelled like the beginning of a storm. Seeing the cardboard sign fly aimlessly through the air, Samantha looked at the man and sighed in disappointment.

«Well, there goes my sign again. Lady, you really should go home. It looks like a storm is brewing.»

Samantha opened her umbrella, but couldn’t let the kind homeless man suffer from the heavy rain to come. She turned to leave but immediately turned around and listened to her heart.

«Hey, this doesn’t look like a safe place for you in a storm. I live five minutes away, and I’m sure I can clear out part of the old garage for you to stay overnight. This road is going to be flooded soon.» 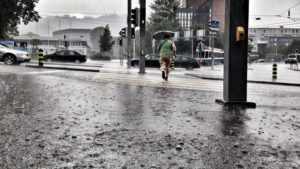 The man was caught off guard by this unusually caring stranger. He waited to see if the woman really meant it.

«I really mean it. It’s not safe here. And offering you shelter for a night is the least I can do after you saved my life today. And don’t worry, my kids won’t bite you.»

As Samantha had promised, she made room for an inflatable bed and blanket in the garage. She offered a chair at the dining table with her children.

The kids kept asking questions of the strange guest.

«What is your name?»

«Why are your clothes so dirty? »

Samantha shushed the children and encouraged the man to feel at home.

The next morning, Samantha announced her plan for the day at breakfast.

«My classmate Barry works at the police station, and I’ve asked him to come meet you. Hopefully you can find out more about who you are and who stole your documents. He is a dedicated officer. I’m sure he will be a great help.»

«And then, in the evening, we have an appointment at the general hospital for a checkup. I hear there are some really good doctors there, so they’ll help you find the root cause of your memory problems.»

Samantha was excited about her own plan, but she noticed that her guest had stopped listening or eating. 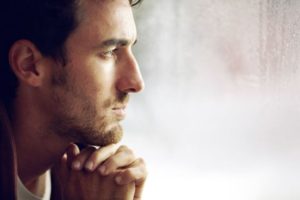 «Cops. I’m afraid of the cops. What if they think I’m a potential criminal or find some other reason to arrest me? »

Samantha saw the man’s hands shake slightly and tried to calm him with her words.

«Don’t worry about it. Just tell Barry everything you know. Everything will be fine, just trust me. Do you trust me? »

«I do,» the man said, knowing that Samantha was the only person who cared enough to help him.

In all the excitement and chaos of sending the kids to the daycare next door, Samantha had completely forgotten about the time. «I hope the boss is in a forgiving mood today.»

She crossed her fingers as she rushed out of the house.

It turns out the boss was in a very bad mood. Seeing Samantha arrive at the hotel ten minutes late for the third time in two weeks, he called her straight into his office and fired her.

The drive home, the one Samantha enjoyed the most, was the most stressful she had ever experienced. Not knowing how she was going to find another job or pay the bills for the month, she wished she never arrived home. But Samantha could already see the small image of her home down the street.

«And what’s that? So many cars waiting outside…did something happen? » 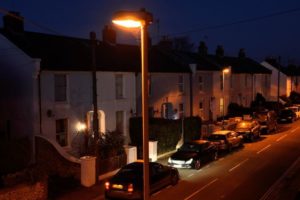 Samantha walked into her house to find a group of men and women in suits talking to the homeless man. As she approached, she recognized one of the more unexpected faces in the group. Her boss!

«Samantha! I am so sorry for acting rashly and firing you this morning. I had no idea you had done something so incredible! I mean, everyone was beginning to doubt that Mr. Stark would ever be found…»

«Mr. Stark? As in the owner of the Stark Hotels?» Samantha couldn’t believe that what she was saying was true.

But it was. «Yes, that’s Mr. Stark, the owner of the entire hotel chain. He was reported missing from his home across town five days ago.»

Samantha looked at the man in question, and his smile said he had finally begun to remember who he was.

«Needless to say, you still have your work. And I’d like to take a look at your evaluations. I think I may have missed a raise,» the director continued in a soft tone that sounded foreign to Samantha’s ears.

When she turned around, Mr. Stark paused for a second, trying to find the words to thank her. Finally, he opened his arms to embrace her, and she let him cry for the first time in weeks. 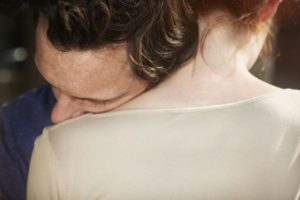 This emotional embrace became the starting point for many new beginnings. Samantha got a well-deserved promotion and Mr. Stark returned to her and the children until they were a family of five.

A year and a half later, Mr. Stark was waiting in the same garage where Samantha had taken him in, one knee down, ready to open his heart to the woman who had changed his life.