Meet Guillaume Benoliel, a six-year-old musician from France who won two prizes at the Grand Prize Virtuoso in Salzburg. In this article you can see the video of the talented boy performing the most difficult work – “Italian polka” by S. Rachmaninov. 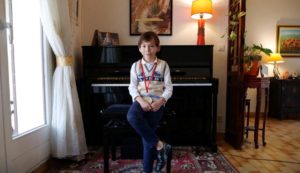 Guillaume was born into a family of amateur musicians. Claire, the boy’s mother, works in a consulting firm, but together with her husband she enjoys spending time at her instrument. In the evenings the whole family (the father’s name is Dominic) is engaged in music. The boy was given to study music at the age of four, when it became clear that he has an absolute pitch. Guillaume at such an early age could already recreate any melody. 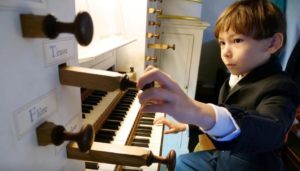 His teacher, Sergey Kuznetsov, says that he has seen many gifted children, but he has never had such a talented pupil. The boy won two prizes at the Grand Prize Virtuoso competition in Mozart’s homeland: in the young musicians’ category and a special award from the jury. When Guillaume performs an “Italian Polka” in preparation for an upcoming concert, you can see his feet dangling in the air. The piano is still big for the performer. But from under his fingers sounds the brilliant music of an outstanding composer. 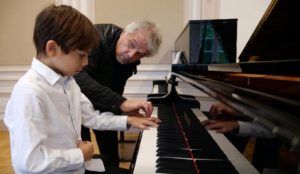 The parents do not yet know what path their son will choose. But they are already sure that his life will necessarily be connected with the activity he is engaged in now.

LIFE STORIES 0 91 views
Sergio parked his car near a bank branch. It was already late afternoon, but

LIFE STORIES 0 76 views
I met Lisa at a hospital while I was working there as a nurse.